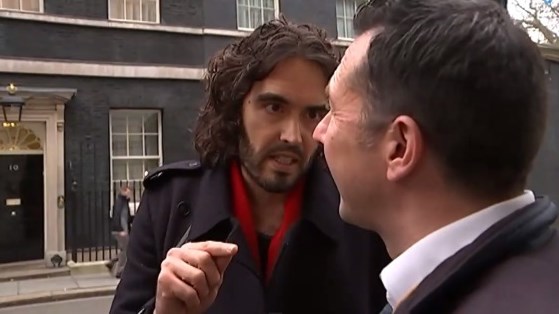 The actor and comedian Russell Brand has certainly tried to brand himself. “Messiah Complex” was the name of his last tour. His new book is titled “Revolution.” On “The Tonight Show,” he told Jimmy Fallon he’s inspired by Jesus, Gandhi, Malcolm X, and Che Guevara. He thinks he’s like them. In Tinseltown they're the Fab Four revolutionaries for the downtrodden.

So it’s shocking to him -- and no surprise to us -- when he gets exposed by the British press as a fraud. He's just another champagne socialist playacting.

On December 1, he led an angry march to Ten Downing Street in London to take a petition to the prime minister’s residence protesting skyrocketing rents in the city. In particular, he was protesting for tenants of the New Era apartments, recently bought by an American investment company. The demand for downtown real estate has caused prices to soar, leaving the middle class in dire straits.

Raise a glass to Paraic O’Brien of Channel Four, a publicly-owned channel with a crusading edge that could teach a lesson or two to their American counterparts. He put the question directly to Brand: “Part of the problem is the super rich buying property in London. Isn't it? How much did you pay for your place?” Brand said his place is rented, as if that answered anything. So O’Brien asked how much he paid a month in rent.

Brand took offense and became mighty defensive, sticking his face inches from the reporter and replying passionately, “I'm not interested in talking to you about my rent, mate! I'm here to support a very, very important campaign. And you, as a member of the media, have an important duty to help represent these people, not to reframe the argument!”

That’s just priceless: he believes the media’s role is to promote for what he's not, not expose him for what he is. O’Brien wasn't intimidated in the slightest and kept pushing: “You're part of that problem, aren't you?” Brand said “absolutely not...I’m part of the solution!” He then claimed not to know how much he paid in rent.

Maybe we can jog his memory a bit. Brand lives within a mile of the trendy apartments he was protesting about – in a fancy loft that rents for $8,000 a month. He sold his house in northwest London for $3.5 million in 2010, and last October, he bought a $2.2 million Hollywood mansion that once belonged to Sir Laurence Olivier. Not exactly "struggling," are we, mate? 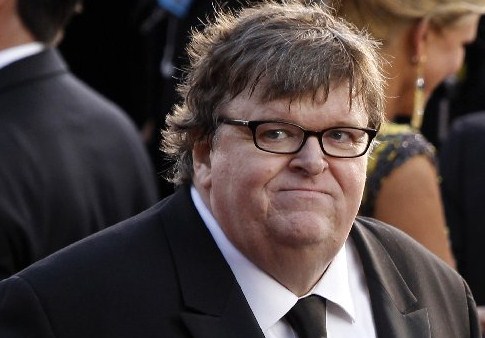 It sounds a lot like documentary filmmaker Michael Moore, that great baseball-capped American populist whose recent divorce revealed he felt his wife was a “spendthrift” who embarrassed him by building a lakefront mansion in northwestern Michigan. The radical Moores were mocked for their act of conspicuous construction. Divorce papers showed "The couple’s real estate holdings include a total of nine properties in Michigan and New York. The duo co-owns a Manhattan condo that was created through the combination of three separate units."

Being “a voice for the voiceless” is so rewarding – financially rewarding -- as long as no one pries too much into just how rewarding it gets.

The late radio star Casey Kasem really demonstrated this type 25 years ago as he organized a “Housing Now” march on Washington for the homeless. The Los Angeles Times reported with a wink that Kasem and his wife Jean “turned their opulent $20,000-a-month, seven-room apartment at the Beverly Wilshire Hotel into the headquarters” for this cause. While they demanded more tax money for the poor, “They drive matching black Mercedes equipped with car phones....And this summer, Kasem bought his wife a little something for her birthday -- specifically, a three-bedroom, five-bath mansion in Holmby Hills complete with tennis court and swimming pool and $6.8-million price tag.” Reportedly they proudly declared they'd sent the left-overs down to the street for the homeless.

The Times called them “penthouse progressives.” The rest of us call them Hollywood hypocrites.