CBS’s Schieffer Empathizes with Obama: Did You Ever Say ‘Are We Ever Going to Get a Break?’

In his pre-recorded Face the Nation sit-down with President Barack Obama at the White House, CBS’s Bob Schieffer asked about putting more troops into Iraq, fighting ISIS, giving Congress a chance to act first on immigration and whether Democratic election losses were his fault, but he also devoted several questions to empathizing with Obama, as if Obama were a victim of circumstance and not responsible for failures or making situations worse.

Schieffer: “Let me ask you this, you had a tough summer. We saw the rise of ISIS, the outbreak of Ebola, trouble in the Ukraine, illegal immigrants coming across the border, did you ever go back to the residence at night and say, ‘are we ever going to get a break here?’”

And: “You came here talking about hope and change. Do you still hope? Is change, was it harder than you thought it would be?”

Of course, no mention by the liberal host of continued public rejection of ObamaCare or ongoing revelations in the IRS scandal which disprove Obama’s claim there’s “not even a smidgeon of corruption” in that matter. 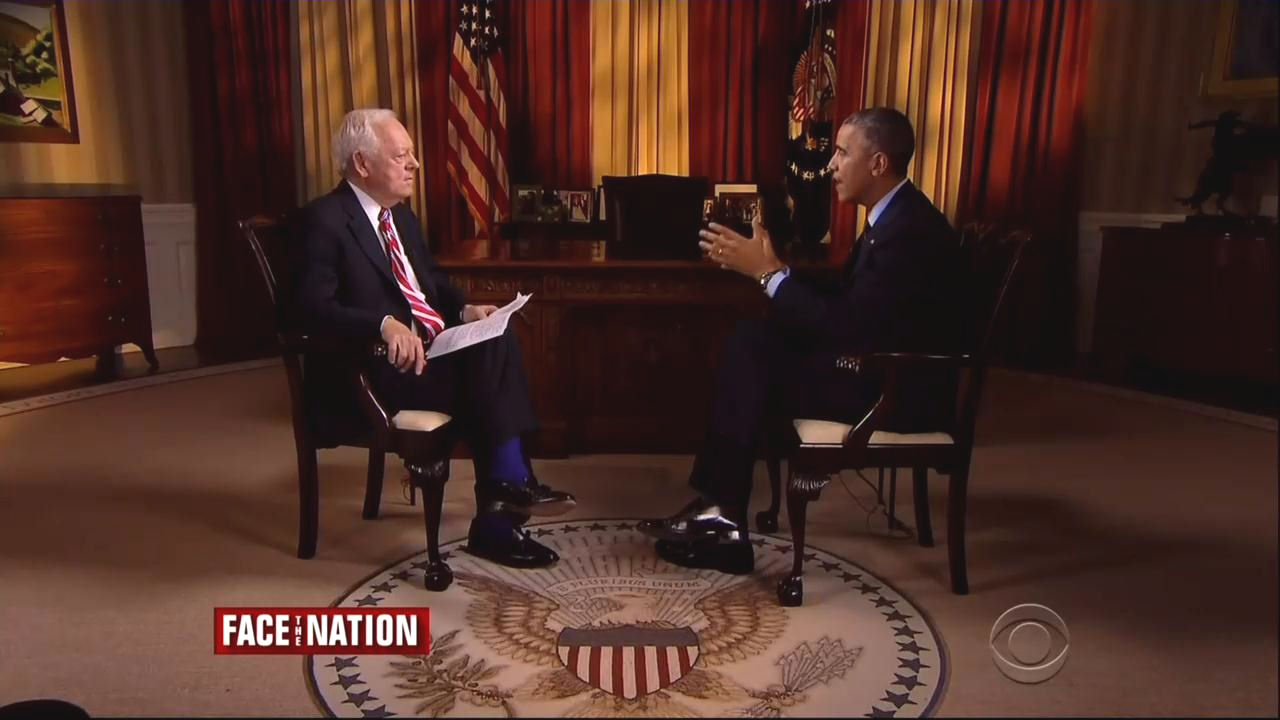 Instead, Schieffer cued up Obama with an open-ended inquiry with no follow-up: “What criticisms of your administration do you think are valid?”

Obama didn’t offer any and answered by blaming Republicans: “I think that what is also true is that no matter how frustrating it can sometimes be for any President to deal with an opposition that is pretty stubborn, and where there are really strong differences, you’ve just got to keep on trying.”