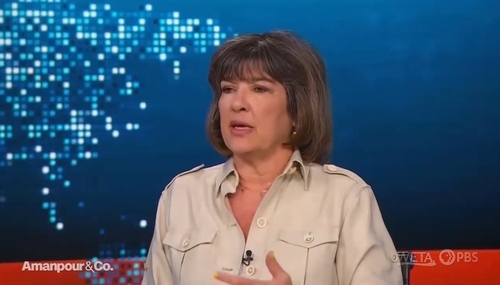 Brad Wilmouth
June 16th, 2018 5:38 PM
On Saturday's AM Joy show, MSNBC viewers were treated to the latest in a recent string of Bible-thumping on the liberal news network to promote left-wing policy as anti-evangelical Christian activist Frank Schaeffer excoriated pro-Donald Trump white Christians as "pimps of evil" who are "Jesus-hating," and need to "repent" by voting against President Trump in the future. 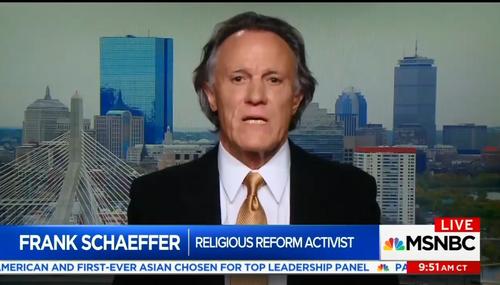 Brad Wilmouth
April 1st, 2018 4:19 PM
On Easter Sunday's AM Joy on MSNBC, during a discussion of white evangelical Christian support for President Donald Trump, liberal Christian activist Frank Schaeffer -- a critic of conservative Christians -- suggested that FNC host Laura Ingraham and other Trump supporters are bad Christians who are engaging in a "betrayal of the teaching of Jesus." 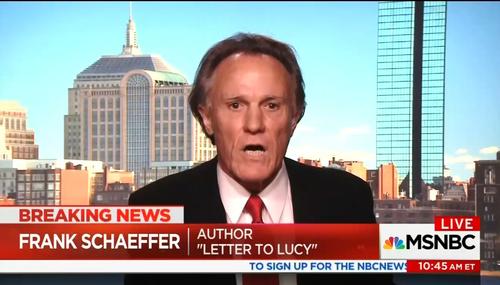 Brad Wilmouth
November 12th, 2017 6:53 AM
On Saturday's AM Joy on MSNBC, during a Roy Moore discussion, recurring liberal MSNBC guests Bishop William Barber and author Frank Schaeffer both engaged in hyperbolic rants against white Christian conservatives. After Barber tried to link "white evangelicalism" to "white supremacy," and accused Christian conservatives of engaging in "policy pedophilia" by not doing enough to help poor children… 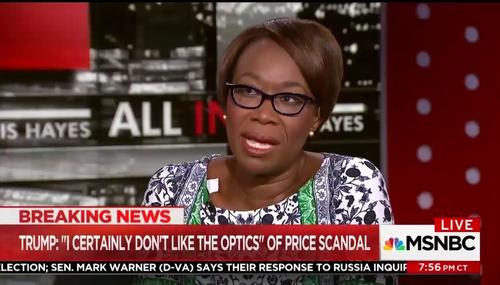 Brad Wilmouth
September 30th, 2017 9:56 PM
Appearing as a guest on Friday's All In with Chris Hayes, far-left MSNBC host Joy Reid was spreading misinformation to viewers as she claimed that President Barack Obama "had more threats against him than any President" even though the claim was discredited years ago. And, on her own show on Saturday's AM Joy, liberal guest Frank Schaeffer laughably lauded her as a "great public intellectual." 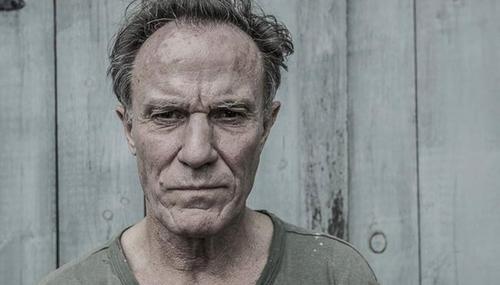 Frank Schaeffer Bores Again With I Was a Teenage Rightwinger Shtick

P.J. Gladnick
February 27th, 2015 4:34 PM
Frank Schaeffer has a worn shtick and no matter how many times he uses it, he never tires of wash, rinse, repeat over and over and over again. It goes like this: Once upon a time young Frank Schaeffer, son of well known evangelical parents, was a "vicious rightwinger." However, HALLELUJAH, he eventually saw the light and became a leftwing loon. It is a stale tale that Frank hangs on to like a… 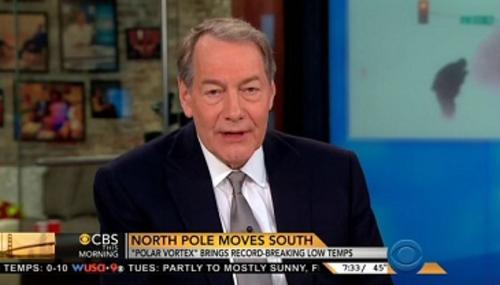 Brad Wilmouth
January 6th, 2014 1:28 PM
Appearing as a guest on Friday's PoliticsNation on MSNBC, during a discussion of conservative Christians making plans to push their agenda, liberal guest Frank Schaeffer charged that Republicans have a "pathological hatred" of President Obama, asserted that the GOP's goal is to "Stop the first African-American President from succeeding at all costs," and then drew a parallel with racist… 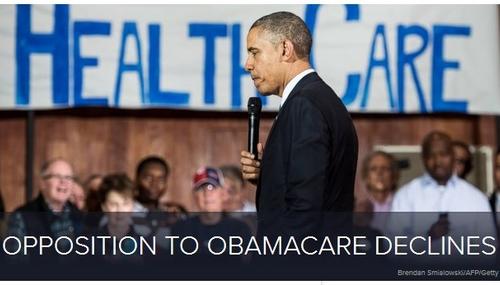 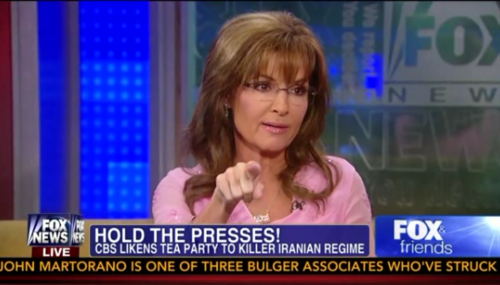 Brad Wilmouth
June 17th, 2013 11:34 AM
On Friday's PoliticsNation, MSNBC's Karen Finney asserted that Rush Limbaugh's "overall mantra" is "us versus them and hate in general," as she responded to a clip of the conservative talk radio host accusing the Republican establishment of being "ashamed" of the conservative base. A bit later, host Al Sharpton asserted that conservatives are "almost like in an echo chamber. They're talking to… 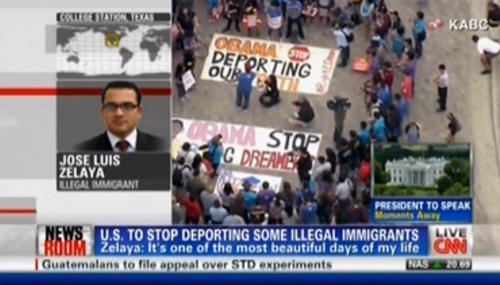 Ken Shepherd
June 15th, 2012 4:59 PM
The conservative Faith and Freedom Coalition is in the middle of a three-day "conference and strategy briefing" in Washington, D.C., which proved to be a sufficient justification for MSNBC's Martin Bashir to bring back anti-conservative-Christian hatemonger Frank Schaeffer to denounce the meeting as essentially a congress of an American Christian Taliban. "I think what you have to understand… 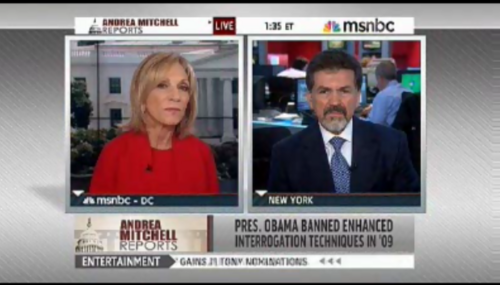 Ken Shepherd
May 2nd, 2012 6:15 PM
He's compared conservatives to radical Hindus and Islamists, called the Tea Party the "racist white bloc" of the GOP, and compared evangelicals to the Taliban, so naturally Huffington Post writer Frank Schaeffer was the perfect guest for Martin Bashir to bring on the May 2 edition of his eponymous program to discuss the importance of religious "faith as an issue" in the 2012 general election… 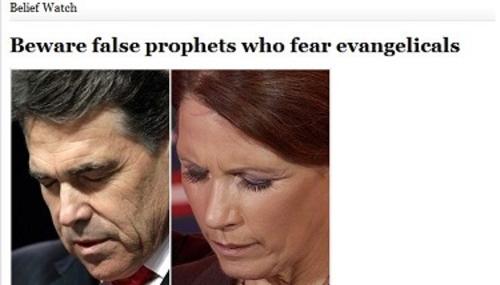 Tim Graham
August 19th, 2011 3:34 PM
The ongoing panic and paranoia about the Fundamentalist Menace continues with Frank Schaeffer and liberal media outlets. On Thursday, he appeared on the Ed Schultz radio show with guest host and trial lawyer Mike Papantonio, who tried to freshen up the fright-wig dialogue by bringing up the assassination of Abe Lincoln: "The South got pulled into the Civil War over religious politics. They… 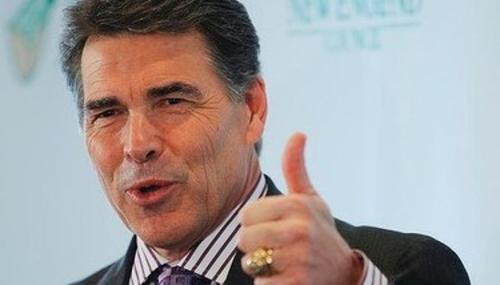 Tim Graham
August 18th, 2011 10:38 PM
Left-wing media outlets are really eating out of former Christian evangelist Frank Schaeffer's hands as he paints Michele Bachmann as the outer fringe of the fringe, and "anti-American." On the radical-left yet taxpayer-subsidized Pacifica Radio show Democracy Now on Wednesday, host Amy Goodman encouraged Schaeffer to unfurl charges that Bachmann was somehow comparable to Ayatollah Khomeini and…