Cal Thomas
November 14th, 2018 1:51 PM
MIAMI — Sen. Marco Rubio (R-FL) had the best line when it comes to the latest Florida election in which contests for governor and the U.S. Senate are still undecided. Rubio tweeted: "Bay County was hit by a Cat 4 Hurricane just 4 weeks ago, yet managed to count votes & submit timely results. Yet over 41 hours after polls closed #Broward elections office is still counting votes?… 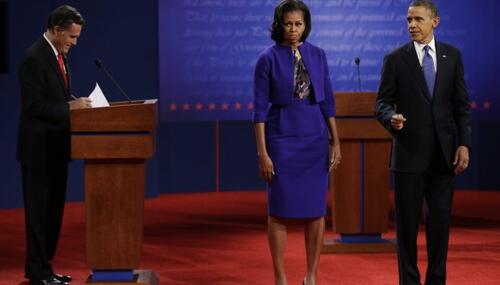 Matt Hadro
October 9th, 2012 3:31 PM
CNN's Piers Morgan just couldn't let his Republican guest denounce President Obama's foreign policy. He spouted the White House spin on all the President's accomplishments while not holding him accountable for the Libya fiasco, on his Monday night show. "I would say one of the things that Barack Obama has done incredibly successfully is restore a lot of America's…

Mark Finkelstein
May 25th, 2010 9:07 AM
UPDATE: Later in today's show, a clip [displayed after the jump] was played of an interview from months ago in which Scarborough unequivocally put it to Sestak that he had been offered the Secretary of the Navy position, and Sestak seems to confirm it. So much so that after watching the clip, today's guest Jeffrey Sachs, an ardent Obama fan, had to laughingly admit that, yes, Sestak had been…

Press Plays 'Obama Distraction' Card Once Again, This Time Over MN and

Tom Blumer
January 6th, 2009 9:07 AM
Why can't everyone just settle down, get out of the way, get rid of the "distractions," and let Barack Obama do his magic? That seems to be a recurring media meme during this presidential transition period.Here are just a few examples in just the past 30 days: In a December 12 "analysis" piece at Reuters, Steve Holland opened by telling readers that "A political scandal…

Mark Finkelstein
December 10th, 2008 12:01 PM
This is just too perfect.  Earlier today, noting that none of the network morning shows explicitly identified Rod Blagojevich as a Democrat, I wondered out loud how the MSM would treat a Republican in like circumstances.   It's taken less than three hours to get our answer.Let's preface this by saying that Norm Coleman is not, repeat not, the target of an investigation.  To mention him anywhere…

NYT Op-Ed Column: Franken Behind in MN? Declare It 'Statistical Tie' a

P.J. Gladnick
December 4th, 2008 8:44 AM
In every recount of the senate election from Minnesota, incumbent senator Norm Coleman has consistently been ahead of challenger Al Franken by hundreds of votes. At this point it looks like it will be impossible for Franken to exceed Coleman's total in the recount of the few ballots remaining. So what is the solution of New York Times guest op-ed columnist and associate professor of journalism at…

Warner Todd Huston
October 17th, 2008 4:38 AM
**Video Below the Fold** Al Franken has shown himself to be an angry, easily enraged man and after the October 16 Minnesota Senatorial candidate's debate he allowed his overwrought emotional state to send him over the edge once again. After the debate was over and the Media had turned off their microphones and cameras, Franken rushed over to Senator Norm Coleman's table and proceeded to angrily…

Mark Finkelstein
May 11th, 2008 5:01 PM
Jack Nelson-Pallmeyer is a college professor with a long history of political activism and fearless liberalism.—AP, 5-11-08, profile of candidate for Minn. Dem primary nomination [emphasis added].Fearless liberalism? Fearless? It's fearless for an American college professor to be a big-time liberal? Give me a fearless break! Yet that's how the AP described the predictably left-wing politics of…