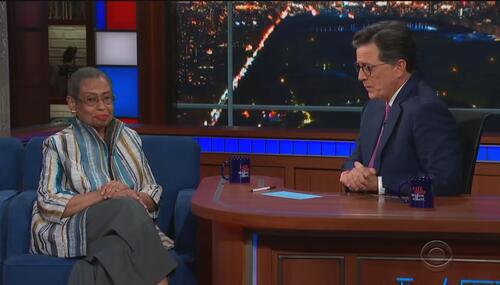 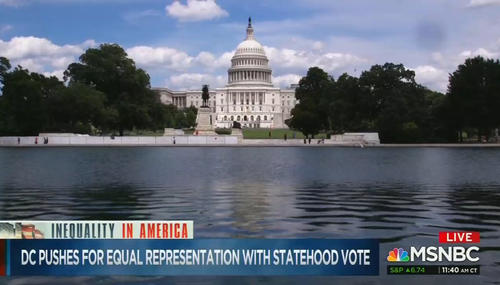 On her 12:00 p.m. ET hour show on Thursday, MSNBC Andrea Mitchell desperately attempted to make the case for Washington D.C. statehood in order to help her friends in the Democratic Party gain two additional U.S. senators and possibly a permanent advantage in the congressional chamber. Lefty historian Jon Meacham then joined her in advocating the radical agenda and tossing aside the… 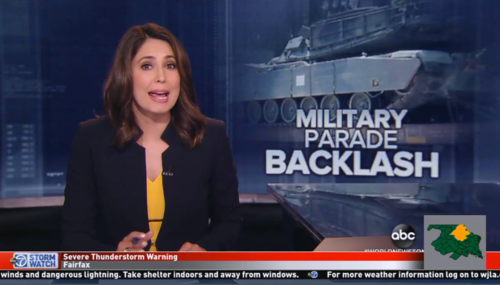 Nicholas Fondacaro
July 2nd, 2019 9:15 PM
President Trump has organized a special Fourth of July event to take place on the National Mall which he dubbed “a salute to America,” and the liberal broadcast networks were not pleased with it. Combined, ABC’s World News Tonight, CBS Evening News, and NBC Nightly News insisted Trump is set to divide the country, make it all about himself, and veterans are angry about it. 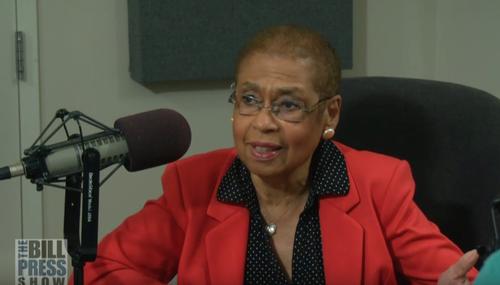 Tom Blumer
October 14th, 2016 8:31 AM
On Bill Press's radio and Free Speech TV show, D.C. nonvoting congressional representative Eleanor Holmes Norton proved that Michelle Obama's recent admonition that "when they go low we stay high" is something the left pretends to advocate in theory but almost never follows in practice. Moments after quoting Ms. Obama, Ms. Norton, who no one will mistake for a supermodel, began… 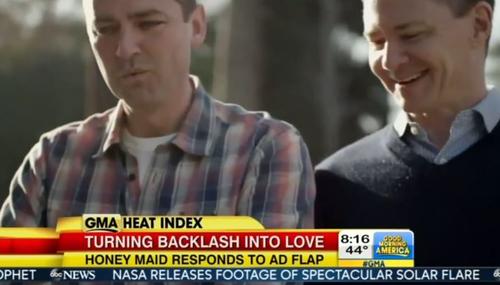 Jeffrey Meyer
April 7th, 2014 11:17 AM
MSNBC seems to be doing everything it can to let its viewers know that it is the Obama propaganda network. With Tuesday April 8 being Equal Pay Day,  the “Lean Forward” network has been doing its best to misinform its viewers about the supposed pay gap between men and women. Appearing on her daily “Jansing & Co.” program, host Chris Jansing openly cited the… 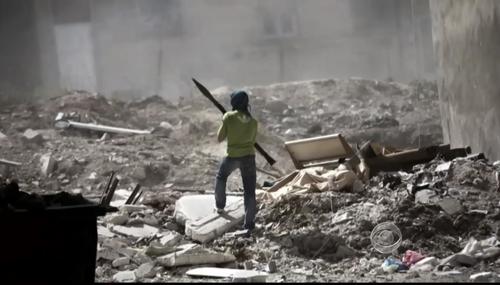 Noel Sheppard
September 3rd, 2013 12:08 PM
Democratic Congresswoman Eleanor Holmes Norton said Tuesday that at the current time, the only reason she would vote in favor of an attack on Syria was out of loyalty to Barack Obama. Appearing on radio's Bill Press Show, the non-voting delegate from the District of Columbia also said if the President actually gets the votes he needs, "it’ll be because of loyalty of Democrats.… 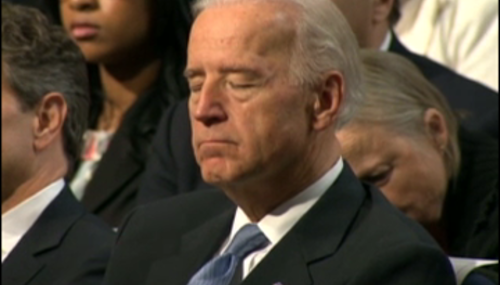 Maher: Democrats Didn't Use Any Violent Rhetoric Towards Republicans D