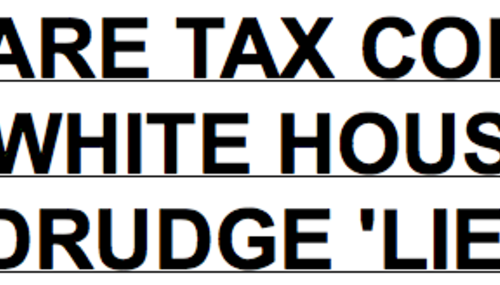 Jack Coleman
March 24th, 2014 9:58 PM
Wow, that was one heckuva mauling by the Boston Globe yesterday in a front-page story about Bill Delahunt, a former Bay State congressman raking in big bucks as a lobbyist and political consultant since leaving Congress three years ago. But conspicuously absent from the story, written by Globe reporter Stephanie Ebbert, is a word that comes to mind for many a politico in this overly…

Name That Congressman: AP Coverage of Ala. Prof's Prior Killing Ignore

Tom Blumer
February 14th, 2010 11:22 AM
UPDATE, 6:15 P.M.: An unbylined 11:57 a.m. AP report (i.e., 54 minutes after the time stamp of the original post at BizzyBlog) contains two paragraphs about Delahunt's involvement. Based on a search on Delahunt's last name at about 6:15 p.m., this version of AP's report is either still not at its main site, or has not been indexed by its search engine.Democratic Congressman Bill Delahunt's far…