The following is a look at how the broadcast evening news shows (ABC’s World News Tonight, NBC Nightly News, CBS Evening News) have covered or, more accurately, BURIED Harris’s most embarrassing moments in the past year. 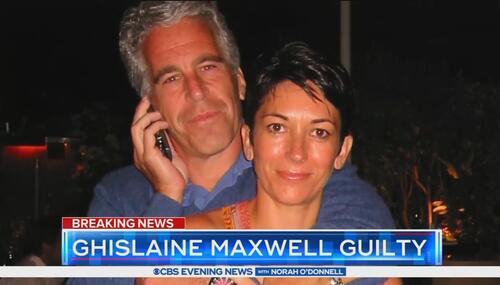 Let’s Out the Men in Maxwell-Epstein Case

The conviction of Ghislaine Maxwell on five of six charges of recruiting and grooming teenage girls for sexual encounters with disgraced financier Jeffrey Epstein is not and should not be the end of the story. While Maxwell has been held accountable for her actions, the men who engaged in these encounters with underage girls have not, at least not yet. There is speculation Maxwell could strike… 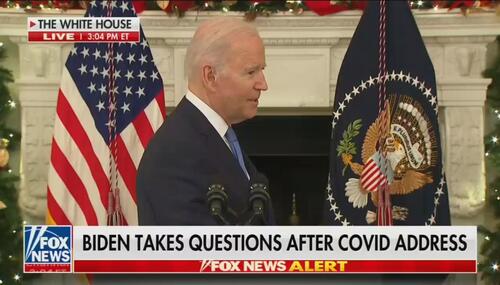 In piece for our friends at The Federalist, contributor David Kletz reported Wednesday that “a database compiled at the University of Santa Barbara that tracks presidential interactions with the media” has found that President Biden is the least accessible President going back 20 years. Kleitz explained how, going back to “Bill Clinton’s lame-duck year in 2000” when he “traveled to 22…

On Morning Joe, Scarborough expresses understanding of the Democrats' anger at Manchin, but warns them that they are pushing him into the arms of the GOP. He cites the precedent of Jumpin' Jim Jeffords, who left the GOP and joined the Democrats over his disputes with Pres. George W. Bush, thereby handing the Democrats the Senate majority.

Washington -- Several years ago, while perusing material for my favorite department of “The American Spectator,” the Current Wisdom, I came across an obvious lie perpetrated by Terry McAuliffe, this season's Democratic candidate for governor of Virginia. It was a pretty bold lie, too, and he was quite proud of it as you will see. The Current Wisdom is a department of “The American Spectator”…

The View co-host Joy Behar dismissed the women who accused former President Bill Clinton of sexual assault and rape as “so-called victims,” on Wednesday’s show. She went on to passionately argue that Hillary Clinton was “the real victim,” and America, for losing such a worthy would-be president.

On Tuesday, NBC’s Today show promoted the upcoming FX series on Bill Clinton’s impeachment following his affair with Monica Lewinsky by painting one of his sexual harassment victims, the late Linda Tripp, as a “treacherous” villain who was guilty of “betrayal.” In addition, the broadcast featured a live exclusive interview with Lewinsky, who was a producer for the mini-series set to… 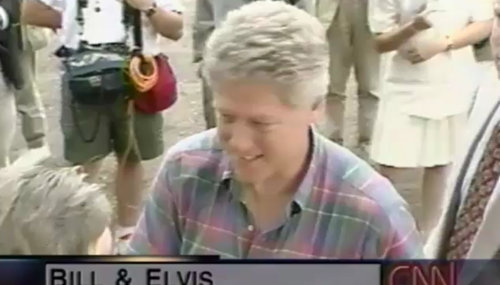 We Dug Up Decades-Old Video CNN Wants You to Forget: Clinton Is Elvis

CNN gushing over a Democratic president didn’t start with Joe Biden or even Barack Obama. You have to go back all the way to Bill Clinton to see the birth of the cable channel’s love affair with liberal presidents. It was 20 years ago this week that CNN produced a syrupy, vomit-inducing valentine to Bill Clinton comparing him to, yes, Elvis Presley. Then-senior political analyst Bill Schneider… 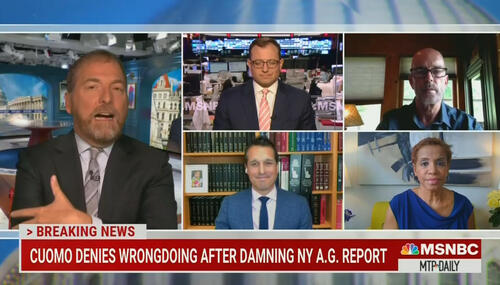 Just minutes after observing how scandal-plagued New York Democratic Governor Andrew Cuomo was using the “Clinton playbook” of lies and defiance to cling to power, MSNBC anchor Chuck Todd bizarrely suggested Bill Clinton was one of the few Democrats who might be able to convince Cuomo to resign. The host also pleaded for President Biden to pressure the sexual-harassing politician to step down… 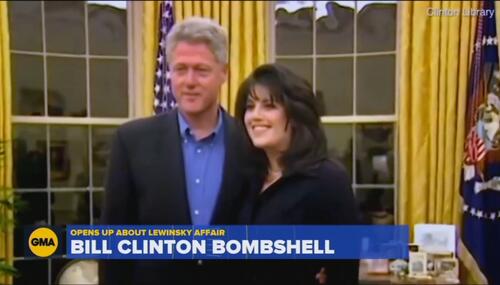 In the #MeToo era that we live in, there are certain journalists who have a lot of explaining and reflecting to do: Bill Clinton-era reporters who have made cringe-worthy comments. It was 23 years ago this week that Time contributor Nina Burleigh wrote she would “be happy to give [Clinton] a blow job just to thank him for keeping abortion legal.” 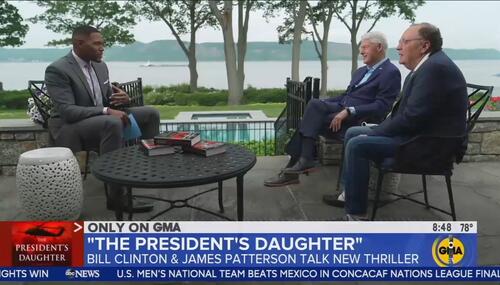 ABC Fawns at President-for-Life Clinton: 'Take Me Out in a Pine Box'

Given that a former Bill Clinton operative, George Stephanopoulos, is a co-host of Good Morning America, it’s no surprise that the morning show asked the controversial Democrat zero tough questions. Instead, co-host Michael Strahan offered no follow-up when Clinton fantasized about being president for life.

Secretary of Homeland Security Alejandro Mayorkas is reportedly considering the development of tools that would help America's children discern truth from lies and know when they are being fed “disinformation.” The Washington Times, which first reported the story, says a department spokesperson declined to give details, but that more information would be revealed “in the coming weeks…