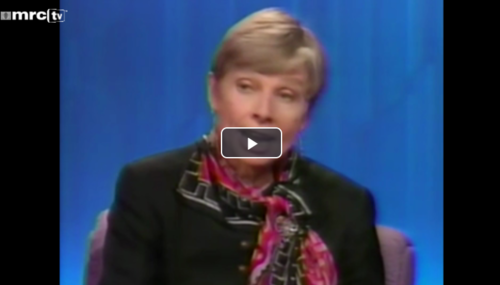 FLASHBACK: Remember When Impeaching a President Made You the KKK?

Scott Whitlock
January 11th, 2020 12:15 PM
Now that the Democrats have impeached Donald Trump, journalists seem to think the process is a form of defending democracy. But that wasn’t always so. It used to make you something akin to the KKK. Eleven years ago this week, on January 9, 1999, McLaughlin Group panelist Eleanor Clift began slimed, linking the impeachment managers to a domestic terror group like the Klan: “And second of all, that… 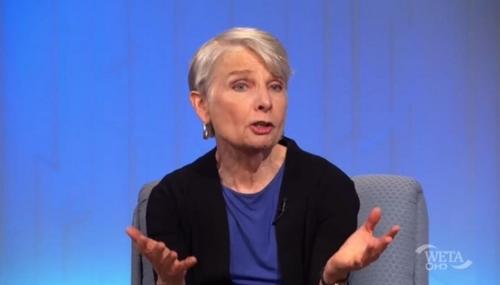 Jack Coleman
July 10th, 2016 6:36 PM
Remember Muhammad Saeed al-Sahhaf, aka Baghdad Bob, the Baathist propaganda minister who insisted that all was hunky dory even when the rumble of approaching tanks could be heard in the background? Supposedly al-Sahhaf was detained and released by US military forces after the invasion and then sought refuge under an assumed name in United Arab Emirates, but this should be taken with a grain of… 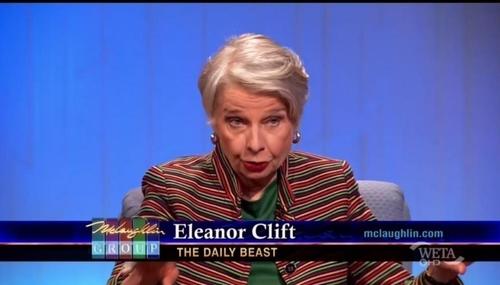 Jack Coleman
May 2nd, 2016 11:00 PM
Hundreds of thousands one year, hundreds of thousands more the next. At some point all those dead babies start adding up, regardless of whether Eleanor Clift looks the other way. The Daily Beast columnist, in her recurring gig as a panelist on The McLaughlin Group, did her part over the weekend to defend the industrial-scale abortionists at Planned Parenthood. 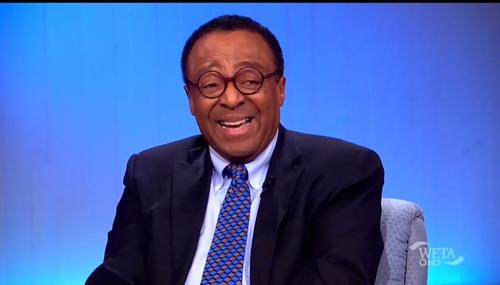 Brad Wilmouth
May 1st, 2016 11:17 PM
As this weekend's syndicated The McLaughlin Group discussed the issue of the North Carolina bathroom law which limits people from using public restrooms in state buildings that do not correspond to the gender listed on their birth certificates, Clarence Page of the Chicago Tribune compared the issue to Willie Horton from the 1988 presidential campaign. He ended up dismissively laughing when… 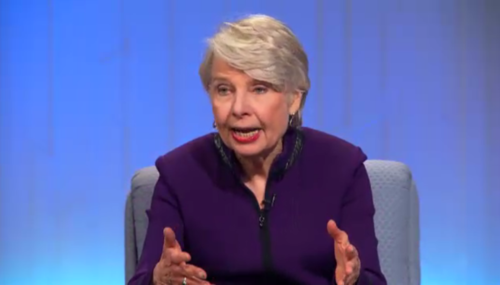 Jack Coleman
December 19th, 2015 9:28 PM
President Obama is doing all he can to prevent ISIS from propagandizing via the Internet, and Democrat presumptive heiress Hillary Clinton has a plan along the same lines, according to McLaughlin Group regular and Daily Beast columnist Eleanor Clift. But when GOP candidate Donald Trump proposes much the same thing, albeit in a more aggressive Trumpesque manner, it's an all-out assault on the… 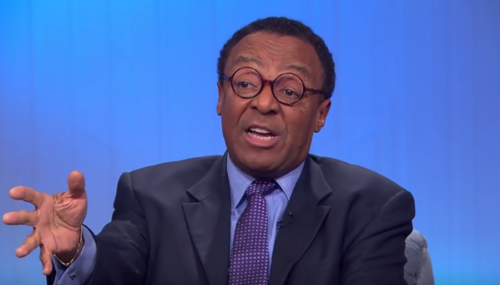 Jack Coleman
November 30th, 2015 5:14 PM
What better way to wind down from the Thanksgiving holiday weekend than with a serving of absurdity from a long-entrenched member of the liberal media elite. The comical leftover in question comes courtesy of Chicago Tribune columnist Clarence Page during a McLaughlin Group discussion of precious snowflake leftists demanding "safe spaces" on college campuses to be spared the horror of… 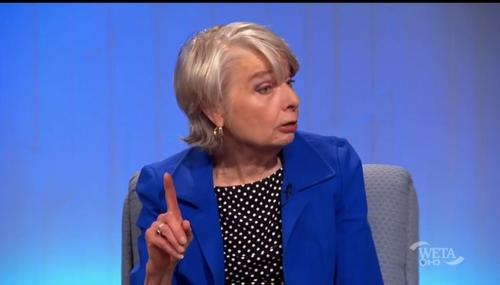 Jack Coleman
November 16th, 2015 1:15 PM
Having shown her affinity for the nonsensical when it comes to the oil export ban, Daily Beast columnist Eleanor Clift has now demonstrated her refusal to accept the reality of three major economic booms in the United States over the last century that were preceded by major tax relief. Appearing as one of the regular panelists on this weekend's McLaughlin Group, Clift made a claim that was… 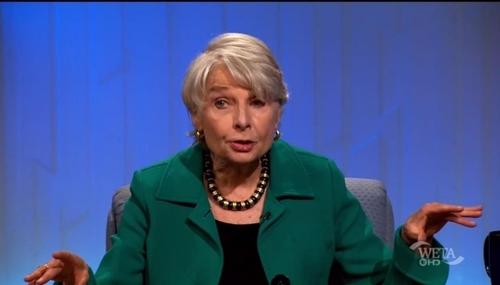 Jack Coleman
September 27th, 2015 7:02 PM
Daily Beast correspondent Eleanor Clift has decided the law of supply and demand makes no sense, at least not when it comes to economics. It's difficult to avoid concluding that Eleanor Clift makes no sense, economically or otherwise. A weekly panelist on The McLaughlin Show, Clift was a lonely voice for irrationality on the program this weekend, arguing in favor of an anachronistic ban on US… 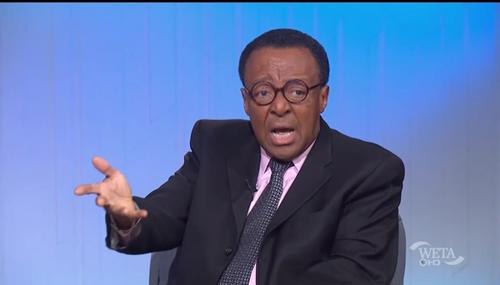 Jack Coleman
June 30th, 2015 11:06 AM
Something you'll seldom see if the left's jingoistic victory dance over the Supreme Court ruling on gay marriage is any indication -- supporters of same-sex marriage acknowledging that opponents express valid criticism that can't be ignored. A seldom-seen example of this was on display during The McLaughlin Group over the weekend as expressed by Chicago Tribune columnist Clarence Page. 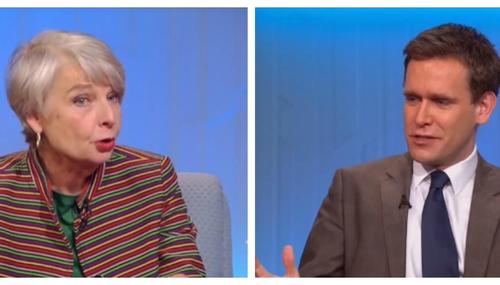 Jack Coleman
April 12th, 2015 5:49 PM
Chatter among the pundits on today's McLaughlin Group centered around President Obama meeting with Cuban dictator Raul Castro during the Summit of the Americas, the first time in nearly 60 years that leaders of the two countries have met in person. Unfailingly predictable paleo-lib Eleanor Clift depicted Cuba as a magnet for foreign investors, a claim that led to a devastating retort from Tom… 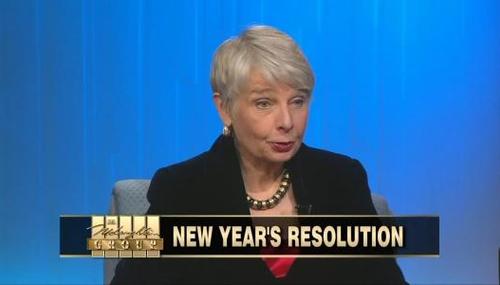 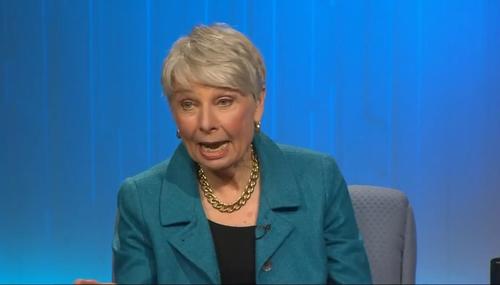 Hurry to Cuba While It's Still 'Unspoiled', Eleanor Clift Exclaims

Jack Coleman
December 22nd, 2014 4:43 PM
This helps explain those countless boatloads of desperate refugees fleeing Florida for Cuba over the last several decades. Oh wait ... Paleo-lib columnist Eleanor Clift was in fine fiddle on The McLaughlin Group yesterday and did not disappoint when the conversation turned to Cuba. 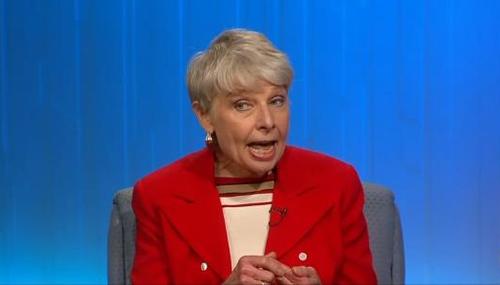 Geoffrey Dickens
September 9th, 2014 10:00 AM
In the 2003 run-up to the Iraq war Eleanor Clift mocked George W. Bush’s 39-nation strong “coalition of the willing” as the “bullied and the bribed” but fast forward to today and The Daily Beast reporter is taking a much different tone with Barack Obama’s 9-nation grouping. 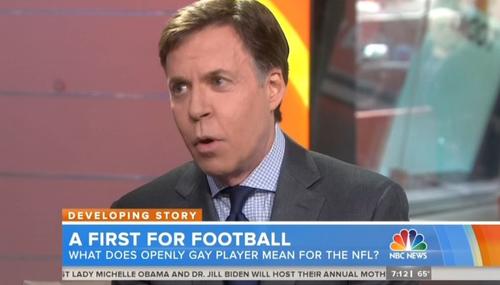 Geoffrey Dickens
May 12th, 2014 1:13 PM
Eleanor Clift stunned the McLaughlin Group panel over the weekend when she shockingly claimed that Ambassador Chris Stevens “was not murdered” in the Benghazi terrorist attacks. The Daily Beast contributor, in full White House spin control mode, gallingly spewed: “ I would like to point out that Ambassador [Chris] Stevens was not murdered. He died of smoke-inhalation in the safe room in that…