The Daily Beast columnist, in her recurring gig as a panelist on The McLaughlin Group, did her part over the weekend to defend the industrial-scale abortionists at Planned Parenthood.


PAT BUCHANAN: I don't even know why the Georgia thing is a controversy, John (McLaughlin). The state has a perfect right to provide facilities to aid women, especially poor women, who want to bring their children to term and to help 'em out and they've got a right to say we don't do, we're not doing abortions with these federal, with these state funds. I don't know what the controversy is.

CHICAGO TRIBUNE COLUMNIST CLARENCE PAGE: I think they've got to show that somebody's being denied access. That would come into conflict with Roe v. Wade and in some anecdotal cases that has happened where people have been seeking an abortion and have not been able to get it because they've been steered over ...

BUCHANAN: Can you require someone to give people an abortion who don't believe in it? ...

PAGE: I don't think that's what's being required. I think it's mainly information ...

NATIONAL REVIEW'S TOM ROGAN: I think this is a fight the Guttmacher Institute (former research arm for Planned Parenthood) should not have picked. Look, you know, there's a big debate about federal funding, obviously to Planned Parenthood, but the idea that it's somehow inappropriate to provide funds to women's health centers that are doing good work, that are for those reasons providing abortions, it's not a restriction on abortion rights. It's simply provision into different mediums.

ROGAN: No, no, no. So where the money is going to these particular places in Georgia, they're providing women's health services short of abortion.

PAGE: Planned Parenthood provides all those too. (laughs)

Such as mammograms, for example. Oh wait ... 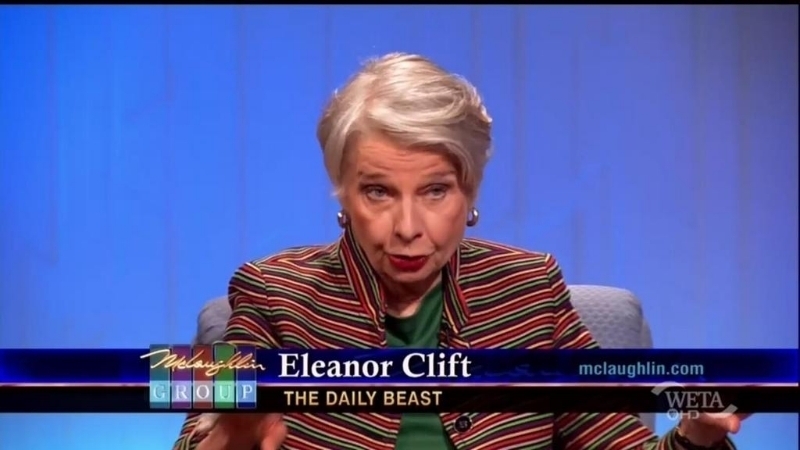 Clift weighs in with her whopper --

CLIFT: No, I don't have a problem with them doing that. I do have a problem when they try to cut funding to Planned Parenthood which provides a lot of health services and a very small number of abortions.

Translation: 300,000-plus abortions annually, nearly one in every three in the U.S., making Planned Parenthood the country's leading abortion "provider". But what some deem paltry.

Clift likely meant to say was that abortions comprise a "very small" percentage of Planned Parenthood's services, which also include pregnancy tests and cancer screenings. But this too is a dodge, as detailed by Rich Lowry in a withering New York Post op-ed --

By Planned Parenthood's math, a woman who gets an abortion but also a pregnancy test, an STD test and some contraceptives has received four services, and only 25 percent of them are abortion. This is a little like performing an abortion and giving a woman an aspirin, and saying only half of what you do is abortion.

Such crack reasoning could be used to obscure the purpose of any organization. The sponsors of the New York Marathon could count each cup of water they hand out (some 2 million cups, compared with 45,000 runners) and say they are mainly in the hydration business.

Why do liberals always downplay the carnage at Planned Parenthood, seeing how what they do in their clinics is allegedly no more significant or consequential than minor surgery? It's the same impulse that animated the Clintons during the '90s with their disingenuous, poll-tested effort to make abortion "safe, legal and rare." If what Planned Parenthood does more than anyone else in America is truly something to be proud of, they and their enablers would boast of these numbers, not hide from them.