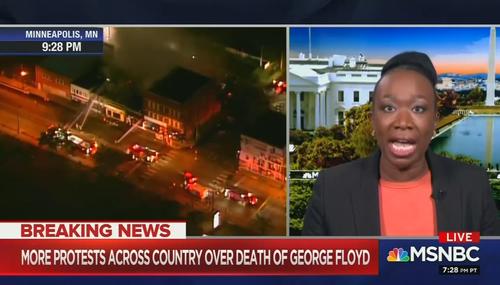 The liberal media appear to have adopted Rahm Emanuel’s saying “never let a good crisis go to waste” as their official slogan; especially when a crisis gives them an opportunity to trash President Trump. On-air personalities on both MSNBC and CNN have used Trump’s tweet announcing his plan of action to handle the unrest and riots in Minneapolis, namely “when the looting starts, the shooting… 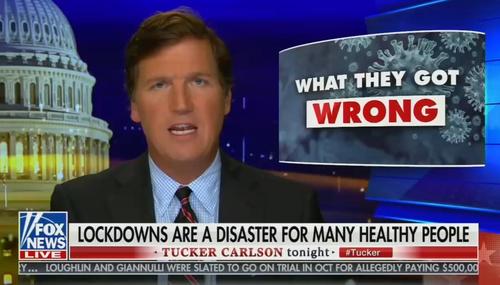 Curtis Houck
May 22nd, 2020 7:21 PM
Fox News Channel host Tucker Carlson began his eponymous show Wednesday with a lengthy monologue eviscerating the left and their allies in the media for their eager peddling of indefinite lockdowns and limits on American life with no expiration dates. Specifically, he called out the liberal media for their dangerous promotion of eternal lockdowns contributing to a massive, national mental health…

Brad Wilmouth
May 20th, 2020 5:20 PM
On Tuesday's All In show, MSNBC contributor and disgruntled former Republican Steve Schmidt was full of hyperbole as he decried Fox News hosts Laura Ingraham and Jeanine Pirro as "spectacularly nuts," and incorrectly claimed that one is more likely to die of coronavirus in the U.S. than in any other country. 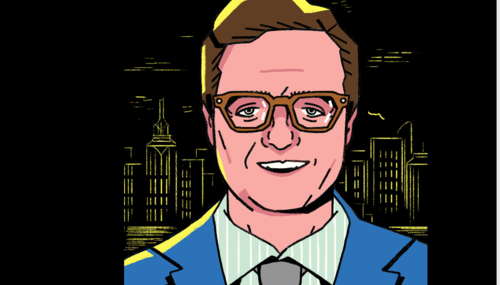 Tim Graham
May 10th, 2020 10:41 PM
In a new interview with Isaac Chotiner of The New Yorker, MSNBC host Chris Hayes launched into an attack on President Trump and his supporters as having a "sociopathic casualness" to the coronavirus death toll, so "horrifying and enraging" it was "almost insanity-inducing." 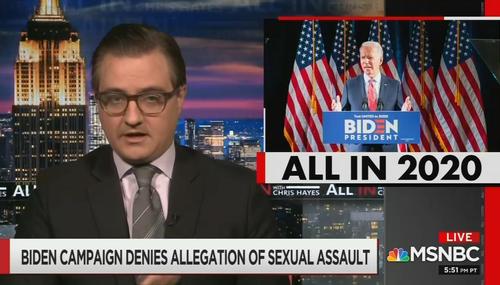 Hayes: Sometimes During #MeToo You ‘Desperately’ Want to Dismiss Claim

Scott Whitlock
April 30th, 2020 12:06 PM
Is the dam breaking on the Joe Biden sexual assault case? On Thursday, ABC finally gave in and covered the latest. On Wednesday night, liberal host Chris Hayes featured the story in depth for over eight minutes. Keep in mind that, as of Tuesday morning, the whole MSNBC network only had 4 minutes and 39 seconds. Hayes admitted that during #MeToo there have been moments “when we have… 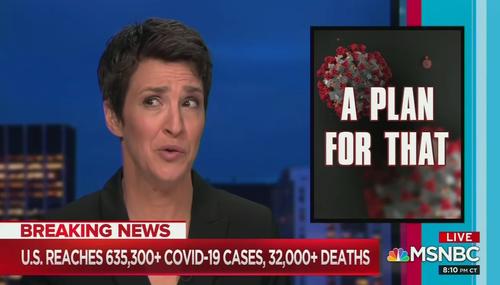 Kristine Marsh
April 16th, 2020 10:28 AM
The media is doing everything they can to protect Democrat governors facing backlash for taking draconian measures to the coronavirus pandemic. While thousands gathered Wednesday to protest Michigan governor Gretchen Whitmer’s strict orders, she didn’t receive any scrutiny from the mainstream media. After getting a friendly interview on NBC’s Today show earlier that day, MSNBC… 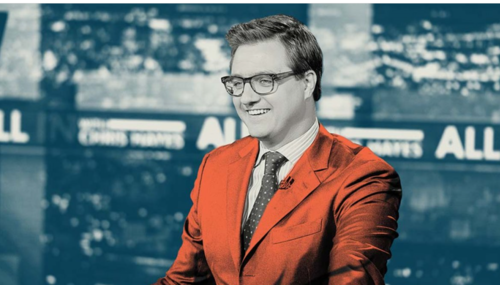 Tim Graham
April 9th, 2020 10:55 AM
MSNBC host Chris Hayes infuriated Team Trump with a tweet on Wednesday night unspooling the kooky conspiracy theory that the White House “rolled out the model showing 100k deaths after they knew it would be less than that so they could anchor everyone to that # and take a vicotry [sic] lap when ‘only’ tens of thousands died.”

Business
Joseph Vazquez
March 18th, 2020 12:37 PM
MSNBC’s on-air talent just cannot seem to help themselves. MSNBC host of All In Chris Hayes sent out a flippant tweet in response to reports that the Trump administration will be asking Congress for “more than $800 billion in economic stimulus: $500 bil in payroll tax cut, $250 bil in Small Business Association loans, $58 billion for the airlines, and a smattering of other items… 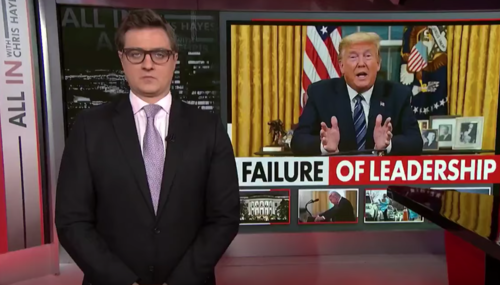 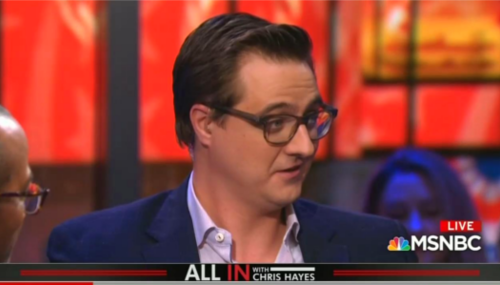 Randy Hall
March 10th, 2020 10:25 AM
Because it’s MSNBC, everything is about racism. And that’s certainly true of Chris Hayes. The liberal co-host on Friday insisted that the Republican Party is not an option to African Americans because of “structural white supremacy.” The fact that the Democratic Party was the party of slavery, Jim Crow and segregation didn’t seem to occur to him. Hayes told…

Media in the Tank for #MeToo Abuser Katie Hill

Tim Graham
March 5th, 2020 10:46 PM
Washington Free Beacon writer Alex Griswold reported American news consumers have been "inundated by interviews" with former congresswoman Katie Hill, who was pressed to resign last year in the midst of scandal over having sex with a female subordinate. Griswold noted that overall, "the media frequently and uncritically parroted Hill's talking points that she was the victim of… 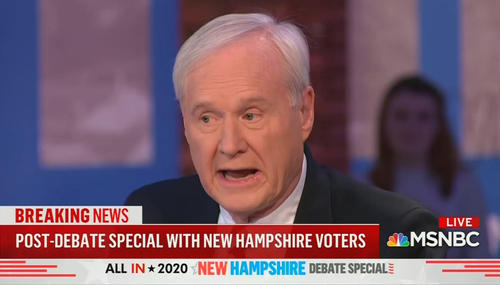 Chris Matthews GOES OFF About Evils of Bernie’s Beloved Socialism

Curtis Houck
February 8th, 2020 1:29 AM
During MSNBC’s Friday night post-debate coverage, Hardball host Chris Matthews behaved like a man possessed, hellbent on informing all about the deadly dangers posed by communism and socialism, how concerns during the Cold War were real, and Bernie Sanders might not be looking to just remake America into a socialist country a la Denmark. 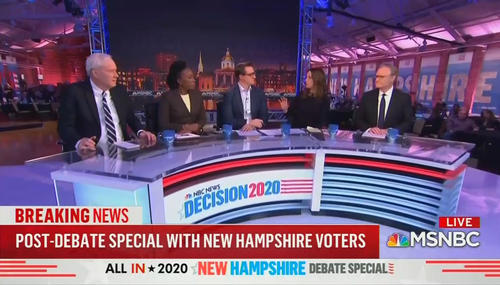