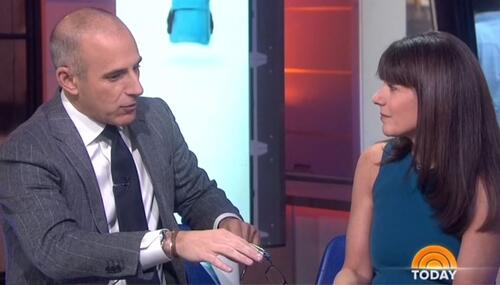 Kyle Drennen
January 22nd, 2015 12:56 PM
Introducing a segment on Thursday's NBC Today about parents saving for college, co-host Matt Lauer and the show's financial editor Jean Chatzky spent a scant twenty-four seconds on President Obama's recently announced proposal to hike taxes on college savings accounts. Lauer noted: "Talk to me a little bit about what President Obama was referring to when he gave the State of the…

NBC: Screw Your Neighbors -- Walking Away from Your Mortgage is 'Ethic

Anthony Kang
April 20th, 2010 2:45 PM
Surprise: NBC finally found a business it likes - even a business decision it likes: companies that help homeowners who decide to walk away from their mortgages. "New figures show foreclosures in the U.S. are up about 35-percent from a year ago," Matt Lauer kicked off an April 20 segment of "Today" that encouraged homeowners - even those financially comfortable - to simply…