Wednesday’s network morning shows were thrilled that President Biden was trying to exploit a deadly natural disaster in order to sell his radical political agenda that would waste trillions of taxpayer dollars. Rather that challenge any of Biden’s fearmongering rhetoric, the CBS, ABC, and NBC broadcasts all touted it as if it were a statement of fact. 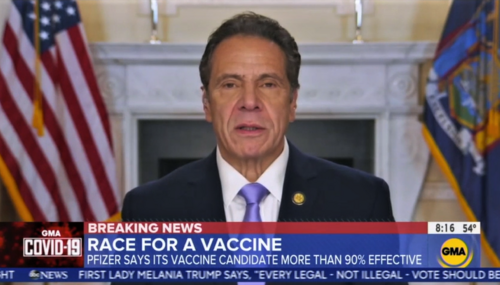 On Tuesday, the “fact checkers” at Snopes ardently defended Gov. Andrew Cuomo by attacking an accurate tweet as "Mostly False." The headline was: "Did Gov. Cuomo Say It Was ‘Bad News’ Pfizer Vaccine Progress Came Under Trump?" The correct answer is Yes. 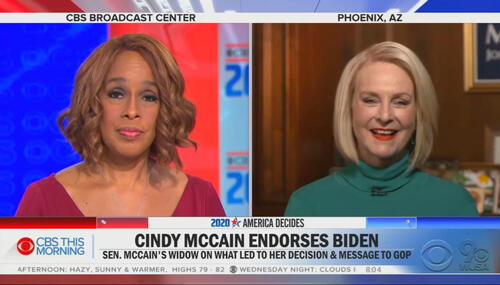 On Wednesday, all three network morning shows one again did the bidding of the Biden campaign by bringing on the widow of the late Republican Senator John McCain, Cindy McCain, to announce her endorsement of the Democratic presidential nominee. Not only was Mrs. McCain treated to gushing interviews, but the leftist media hosts actively urged her to lecture “fellow Republicans” on the need to… 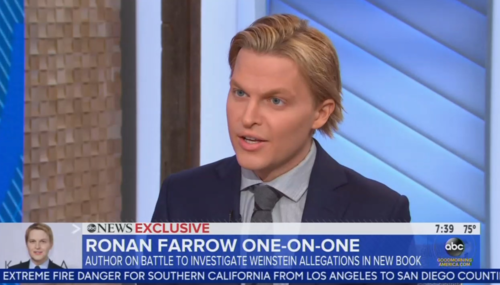 Kyle Drennen
October 11th, 2019 5:14 PM
Appearing on ABC’s Good Morning America on Friday to discuss his new book, Catch and Kill, journalist Ronan Farrow described how NBC News executives ordered him to cease all reporting on allegations against Harvey Weinstein in 2017. That revelation came following another bombshell in the upcoming book that Weinstein may have used knowledge of disgraced Today show host Matt Lauer’s… 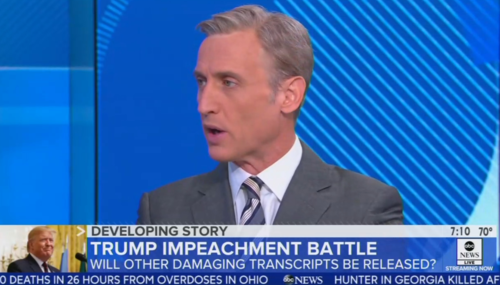 ABC’s Abrams Claims ‘Anything in Theory Can Be Impeachable’

Kyle Drennen
September 30th, 2019 1:38 PM
Appearing on Monday’s Good Morning America, ABC News chief legal analyst Dan Abrams adopted a remarkably flexible standard for what can justify removing a duly elected President of the United States from office, arguing that “anything” could be deemed an impeachable offense. That’s certainly much looser than the “high crimes and misdemeanors” standard laid out… 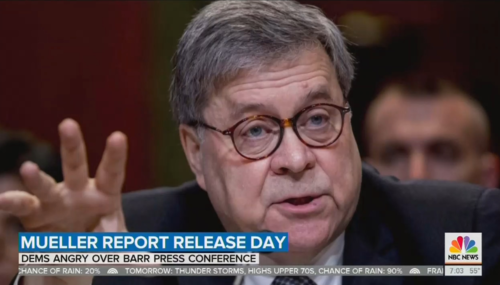 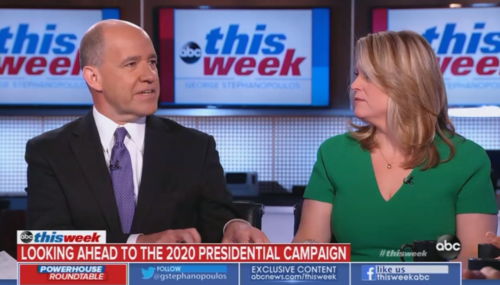 ABC’s Dowd: Dems Much Closer to the Rest of the Country than GOP

Nicholas Fondacaro
March 3rd, 2019 12:44 PM
In a This Week discussion about the prospects for different Democratic 2020 candidates on Sunday, ABC’s faux Republicans Matthew Dowd proclaimed that the Democratic Party was much closer to what the rest of the country believed than the Republican Party was. On top of that, Newsweek and Daily Beast writer Michael Tomasky suggested that a candidate with low name ID like Washington Governor… 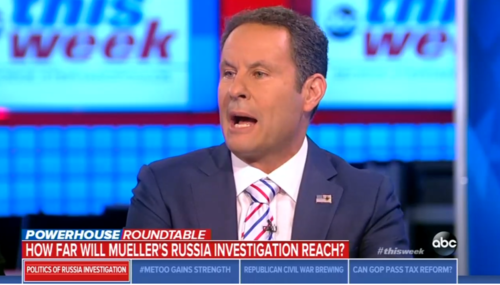 Nicholas Fondacaro
October 29th, 2017 2:12 PM
Fox and Friends co-host Brian Kilmeade walked into a lion’s den during his book tour on Sunday when he appeared ABC’s This Week as a part of a panel that was stacked 5:1 against him. A fairly large segment of their roundtable discussion was about the infamous Trump dossier. Everything got extremely heated when the liberal panel began to shout Kilmeade down and ludicrously claim there… 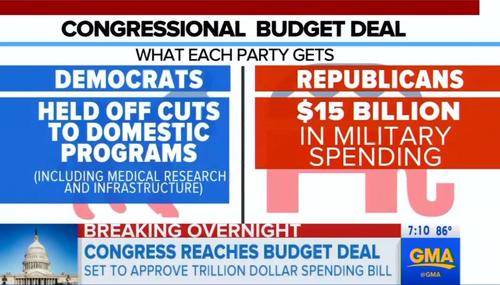 Kyle Drennen
May 1st, 2017 2:54 PM
On Monday, both and ABC’s Good Morning America and CBS This Morning adopted Democratic Party talking points as reporters spun a congressional spending deal to avoid a government shutdown as a win for liberal lawmakers. 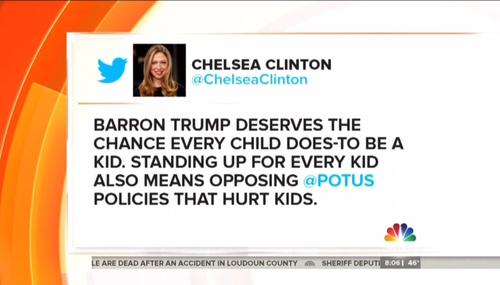 Nicholas Fondacaro
January 23rd, 2017 8:45 PM
Saturday Night Live writer Katie Rich found herself in hot water over the weekend after the 33-year-old thought it was humorous to bully 10-year-old Barron Trump, saying “Barron will be this country’s first homeschool shooter.” In response to Rich’s vile tweet, former first daughter Chelsea Clinton spoke up and defended the president’s son. ABC and NBC, of course,… 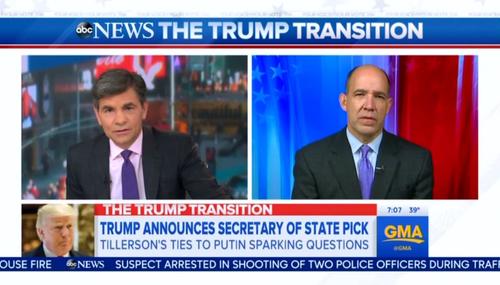 Kristine Marsh
December 13th, 2016 10:10 AM
Looks like openly left-leaning outlets like Slate aren’t the only ones in the media questioning if Trump’s election was legitimate. Tuesday on Good Morning America, anchor George Stephanopoulos and analyst Matthew Dowd raised the same question during a discussion on Rex Tillerson, Russia and the DNC hacking. 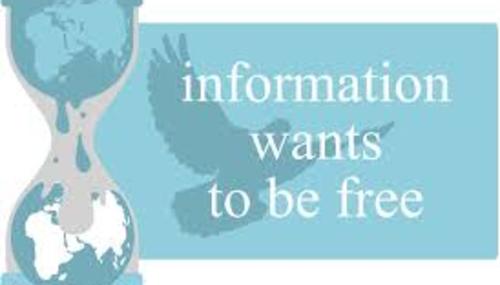 Business
Callista Ring
October 19th, 2016 3:53 PM
The mounting archive of WikiLeaks emails between Hillary Clinton and her staff continues to reveal the Democratic presidential candidate’s special relationship with members of the liberal news media. Not only did she hold an off the record dinner with “influential reporters, anchors, and editors” just before officially launching her presidential bid, but reporters also… 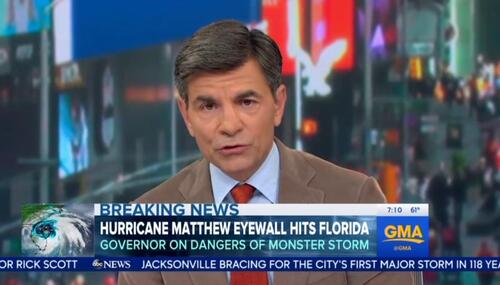