New Republic Writer: The Word ‘Taxpayer’ Tilts In Favor of Conservatives and Should Be Eliminated

You don’t have to be Frank Luntz or George Lakoff to know that linguistic framing matters a great deal in politics. Sometimes, however, nuance is in the eye of the beholder. The New Republic’s Elizabeth Stoker Bruenig, for example, considers “taxpayer” an ideologically weighted term.

In a Thursday article pegged to the just-released House Republican budget for fiscal 2016, Bruenig claimed that the use of “taxpayers” (rather than “people”) when discussing fiscal and economic issues benefits conservatives for reasons including that it “seems to subtly promote the idea that a person’s share in our democratic governance should depend upon their contribution in taxes” and bolsters the makers-vs.-takers argument that became associated with the GOP during the 2012 campaign. 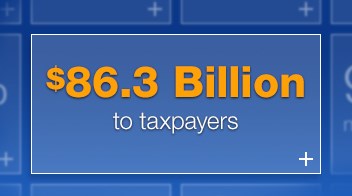 In the 43-page budget, the word “taxpayer” and its permutations appear 24 times, as often as the word “people.” It’s worthwhile to compare these usages, because the terms are, in a sense, rival ideas. While “people” designates the broadest possible public as the subject of a political project, “taxpayer” advances a considerably narrower vision—and that's why we should eliminate it from political rhetoric and punditry.

…The House budget is full of examples of seemingly straightforward deployments of [‘taxpayers’] which are, upon closer inspection, clearly furthering a particular ideology. “There are too many scenarios these days in which Washington forgets that its power is derived from the ‘consent of the governed,’” the plan reads in one instance of the term’s use. “It forgets that its financial resources come from hard-working American taxpayers who wake up every day, go to work, actively grow our economy and create real opportunity.” In other words, Americans’ taxes are parallel with taxpayers' consent, suggesting that expenditures that do not correspond to an individual’s will are some kind of affront. The report goes on to argue that

food stamps, public housing assistance, and development grants are judged not on whether they achieve improved health and economic outcomes for the recipients or build a stronger community, but on the size of their budgets. It is time these programs focus on core functions and responsibilities, not just on financial resources. In so doing this budget respects hard-working taxpayers who want to ensure their tax dollars are spent wisely.

…[A]s the Republican authors of this budget know well, the beneficiaries of welfare programs tend to receive more in benefits than they pay in taxes, because they are in most cases low-income. The “taxpayers” this passage has in mind, therefore, don’t seem to be the recipients of these welfare programs, but rather those who imagine that they personally fund them. By this logic, the public is divided neatly into makers and takers, to borrow the parlance of last election’s Republicans…

…Public revenue is just that: a pool of public money to be used for the good of the public, not 300 million pools of private money each to be used to serve private individuals’ interests. What is in the interest of the public may involve expenditures that can’t be filed in a pay-in-cash-out formula, as the “taxpayer” terminology would suggest. Kids, for example, usually don’t pay taxes whatsoever, but spending on children is a necessary social function. Our roads and public utilities, too, are available to anyone inside our borders, not because they have been purchased, but because strong infrastructure provides for the common good.

…[T]axpayer terminology also seems to subtly promote the idea that a person’s share in our democratic governance should depend upon their contribution in taxes...Our share in democracy arises not from what we can pay into it, but from the fact that we are persons and personhood confers certain obligations and dues.