New Republic Writer: Obama Still Has a Chance to Become the Democrats’ Reagan 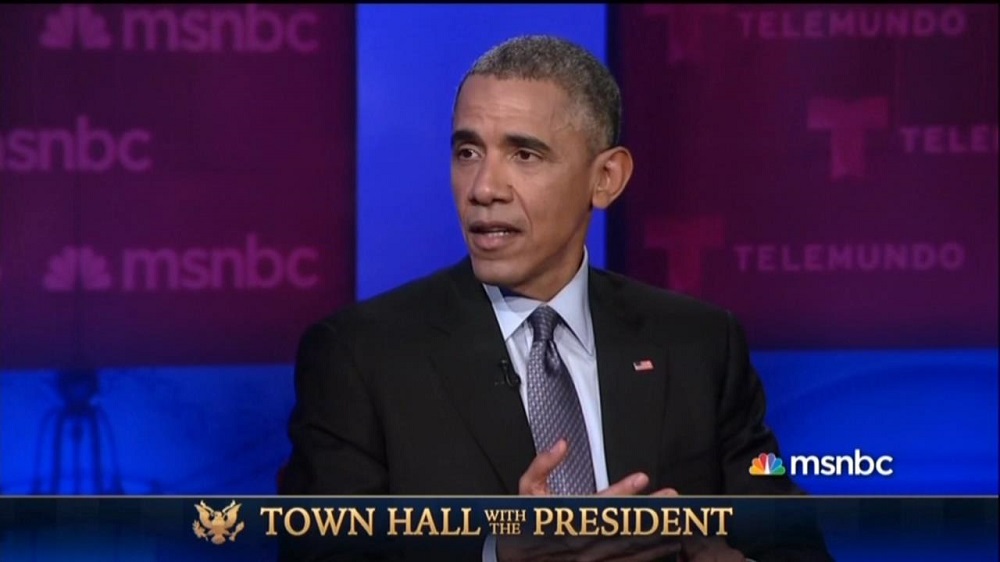 In late 2008 and early ’09, plenty of liberals chattered hopefully that Barack Obama might become the next FDR. Now, the New Republic’s Brian Beutler reports that with more than three-quarters of Obama's presidency behind him, the White House has a different aim: for Democrats to eventually “canonize Obama the way Republicans did [Ronald] Reagan.”

In a Monday article, Beutler noted that well before Obama took office, he believed his administration would have “the potential for shifting the national paradigm” to the left as Reagan’s moved it to the right. According to Beutler, such a shift still could happen if “the economy’s rapid growth in recent quarters” continues.

Beutler (with a major assist from Obama advisor Dan Pfeiffer, whom Beutler quotes at length) also speculated about Obama having a liberalizing influence on America even when he’s no longer POTUS. They suggested that if those who voted for Obama remain politically active, they’ll essentially force Republicans to moderate their views on issues including global warming and same-sex marriage.

Since he won the Iowa caucuses in 2008, and maybe before, Obama has seen in his presidency the potential for shifting the national paradigm, much the way Reagan did in the 1980s, but in a different direction. For the first six years of his presidency, though, slow economic growth and broad disenchantment with partisan politics left that goal out of reach. Until recently, it was taken as an article of faith in the commentariat that the next Democratic presidential nominee would have to distinguish herself from Obama, and promise to govern in a meaningfully different way.

The economy’s rapid growth in recent quarters has scrambled these assumptions, and now the White House is pitching the Reagan comparison to political reporters in Washington…

The imperfections in this historical analogy include the fact that the Obama recovery remains incomplete and also entirely unacknowledged by millions of conservatives…To change the American trajectory, Obama will have to make inroads with a segment of the population that’s more reflexively hostile to Democrats than any similarly large segment of the population has been since the Civil War era. But sustained success has a way of winning a grudging respect from less rabid political nemeses.

…[T]he path between today and the day Democrats can plausibly canonize Obama the way Republicans did Reagan is narrow, fraught, and very real…

The question facing Obama…is whether the partisan divisions so fundamental to American politics today would overwhelm the storybook messaging of another "Morning in America." Are there any circumstances under which conservatives would embrace something other than supply-side tax policy, or ease their resistance to the New Deal consensus? Anyone who recalls Obama’s quaint notion that his re-election might “break the fever” on the right can be forgiven for rolling their eyes.

But a third-straight presidential election defeat, at the hands of a rising electorate that is younger and more liberal across the spectrum, would shake the GOP faithful in an unprecedented way. Obama has already benefited immeasurably from demographic changes, and has nurtured cultural ones, and these would compensate to some extent for the fact that Obama is very unlikely to leave office with Reaganesque popularity, no matter how good things get.

“If we can keep the Obama coalition involved in politics beyond Obama, it will have a huge impact on climate change, immigration and LGBT rights,” [Obama advisor Dan] Pfeiffer said. “You can see a world where, given demographic trends, in both age and ethnicity, the next Republican president will be one who believes in climate change, supports immigration reform, and marriage equality, and a moderate economic approach.”

It’s a rosy scenario. It assumes that everything that can go well will go well. But if enough of America believes the White House's messaging—if they feel it in their lives—then Obama might be the new Reagan after all.