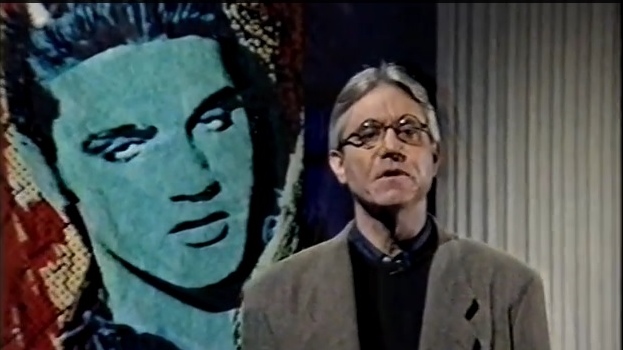 For several decades, critic Greil Marcus has written about popular music not only with an ear for its sonic qualities, but also with an eye toward the social and political circumstances that shaped it. His own lefty politics (Marcus is very much a product of the mid-‘60s scene at the University of California, Berkeley) were on display Sunday in Salon, where he gave an interview to discuss his new book, The History of Rock ‘n’ Roll in Ten Songs, and related issues.

Marcus complimented himself for having foreseen the ongoing racist backlash that followed Barack Obama’s election as president and opined that it isn’t “nuts” to speculate that for some, their rage runs so deep that they’ve fatally shot black teenagers because it was the next best thing to shooting Obama.

…I remember thinking, and I remember writing, right after Barack Obama was elected, that this country was not less racist the day after his election that it was the day before, and it might even be more so. And that I thought a lot of really ugly, scary things were going to start coming out of the ground. And it didn’t take very long for that to happen. And I’m not just talking about people at Tea Party rallies saying there’s a lying African in the White House and showing a picture of Barack Obama with a bone through his nose and stuff like that, which is disgraceful enough…

But with Barack Obama, racism has become ordinary discourse since his election in a way that it wasn’t before, and the contempt and the ridicule with which Republicans treat him…He’s been treated as if he’s an impostor, an interloper and as scum.

…[W]hen you look at the murder of Trayvon Martin, when you look at the murder of Michael Brown, when you look at those situations, it’s not unrelated to Obama being president, but it’s more the way in which the country has reframed itself or rewritten itself since his election, with all kinds of people saying to themselves, maybe never putting it into words, just feeling it, “There’s a fucking n—er in the White House? Well fuck you, n—er, whoever you are.” And an inchoate loathing and hatred that seeks out its targets.

I’m not a psychiatrist, I haven’t sat down and interviewed George Zimmerman or the cop who shot Michael Brown, I don’t know what their motives are, I don’t know what kind of people they are, what kind of childhood traumas they have experienced. But I don’t think it’s nuts that in a certain way, when that cop killed Michael Brown, and when George Zimmerman killed Trayvon Martin, they were killing Barack Obama.