Politico Hack: 'The GOP Is Dying Off. Literally'

Daniel J. McGrow, who describes himself as a "writer and recombobulator" at his Twitter account, got seriously discombobulated in public on Sunday.

His headline at Politico is meant to reassure leftists who don't read on that "The GOP Is Dying Off. Literally," and that Democrats have an incredible advantage going into the 2016 elections. Those who do read his column should be able to recognize that he based his claim on an historically faulty assumption (bolds are mine throughout this post): 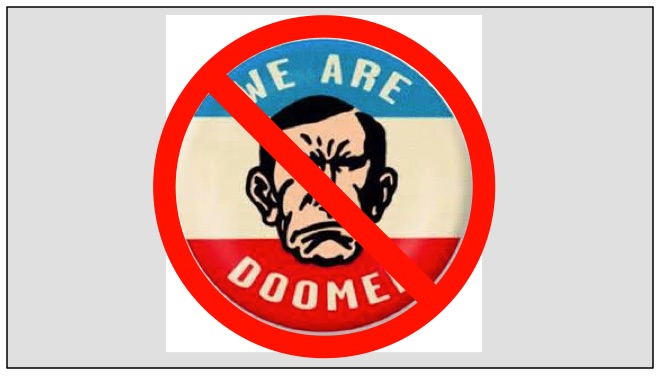 Since it appears that no political data geek keeps track of voters who die between elections, I took it upon myself to do some basic math. And that quick back-of-the-napkin math shows that the trend could have a real effect in certain states, and make a battleground states like Florida and Ohio even harder for the Republican Party to capture.

By combining presidential election exit polls with mortality rates per age group from the U.S. Census Bureau, I calculated that, of the 61 million who voted for Mitt Romney in 2012, about 2.75 million will be dead by the 2016 election. President Barack Obama’s voters, of course, will have died too—about 2.3 million of the 66 million who voted for the president won’t make it to 2016 either. That leaves a big gap in between, a difference of roughly 453,000 in favor of the Democrats.

... In 2012, there were about 13 million in the 15-to-17 year-old demo who will be eligible to vote in 2016. The previous few presidential election cycles indicate that about 45 percent of these youngsters will actually vote, meaning that there will about 6 million new voters total. Exit polling indicates that age bracket has split about 65-35 in favor of the Dems in the past two elections. If that split holds true in 2016, Democrats will have picked up a two million vote advantage among first-time voters. These numbers combined with the voter death data puts Republicans at an almost 2.5 million voter disadvantage going into 2016.

So if the following three things occur, the total impact, as seen here, would give the left a presumably shocking new advantage of 1.73 percent, or 2.25 million votes (apparently conveniently rounded up to 2.5 million by McGraw for dramatic effect):

That's it. The right should give up. It's all over.

Over at Patterico's place, the blog's proprietor picked apart the most ridiculous assumption McGraw made, namely Number 2 above (bolds are mine):

What about the effect of people moving from one age bracket into another? Hint: teenagers are not the only group who are moving into different age brackets.

Nowhere in McGraw’s analysis is there any mention of the fact that all people in the nation are becoming older. Indeed, it’s kind of a thing humans tend to do.

... Now, if McGraw has some evidence that, over time, fewer older people are voting Republican, he might have a point. But that is clearly not the case. American Thinker has the numbers, and the percentage of older voters voting Republican has steadily increased in the past two decades, from 39% in 1992 to 56% in 2012.

... McGraw slices off GOP voters at the older end where they are dying, adds more Democrats at the younger end where they are attaining adulthood — and blithely ignores the fact that, every day, populations of young people are turning into GOP voters as they acquire life experience and a stake in society. As you age, you learn that ideals are not what matter, results are. And you tend to vote GOP more as a result.

Frey's point about the change in the voting pattern of older people during the past two decades is particularly ironic, because conventional wisdom until roughly the early 1990s was that the elderly vote was perpetually locked into the Democratic Party because of its association with the creation of Social Security. It's not exactly working out that way, is it? Oh, and turnout amoug the elderly is far higher than among the young. As a result, the more recent portion of the impact of that 34-point swing (from 61-39 Dem to 56-44 GOP) dwarfs McGraw's point, even if it were valid (which it's not), by a large multiple.

So, to play with McGraw's headline with Patterico's main point, an issue which is far bigger than "The GOP Is Dying Off, Literally" is the fact that "Americans Continue to Grow Up. Literally."