Press Ignores Gold Star Mom Demanding, and Getting, an Apology from Gen. Dempsey

A decade ago, a Gold Star Mom who had lost her son in Iraq gained national attention when she staged a protest against the Iraq War near George W. Bush's ranch in Crawford, Texas. Leftist PR flaks took control of Cindy Sheehan's every move, keeping her in the headlines for months on end as a symbol of supposedly strong opposition to the war which toppled Saddam Hussein. In August 2005, New York Times columnist Maureen Dowd wrote that "the moral authority of parents who bury children killed in Iraq is absolute."

Yet Dowd and the rest of her fellow travelers in the establishment press have almost completely ignored, by their definition, the "absolute moral authority" of Gold Star Mom Debbie Lee, whose son Marc "was the first Navy SEAL who sacrificed his life in Ramadi, Iraq (on) Aug 2, 2006." Lee wrote a scathing letter to Joint Chiefs of Staff Chair Martin Dempsey after the general's insensitve contention that, in essence, the fact that Ramadi is in danger of falling to the Islamic State is not particularly important.

Dempsey specifically said, as reported 12 paragraphs into a writeup by Robert Burns at the Associated Press (bolds are mine throughout this post):

"The city itself is not symbolic is (sic) any way," Dempsey said. "It's not been declared part of the (Islamic State) caliphate or central to the future of Iraq, but we want to get it back. The issue here is not brick and mortar, it's about defeating ISIL. I would much rather that Ramadi not fall, but it won't be the end of the campaign should it fall - we've got to get it back, and that's tragic for the people."

He called Beiji "a little different" because of the presence there of the oil refinery. Recapturing Beiji would give the Iraqi government control of all of the country's oil infrastructure and deny revenue-generating assets to IS, Dempsey said. Black market sales of oil and oil products have been a major source of revenue for the Islamic State, particularly in areas of Syria that it controls.

"So Beiji is a more strategic target and that's why in fact the focus is on Beiji," Dempsey said.

Dempsey may be on solid strategic ground (though opinions vary), but he did not need to claim that Ramadi "is not symbolic in any way" to make his points. By doing so, he did indeed disrespect the sacrifice of the brave American soldiers who won that battle, and who for that matter ultimately achieved victory in the Iraq War in 2008. Dempsey also appears to be claiming that the Islamic State has not gained any propaganda value or bragging rights as a result of the progress they have made towards taking Ramadi. That seems absurdly out of touch. 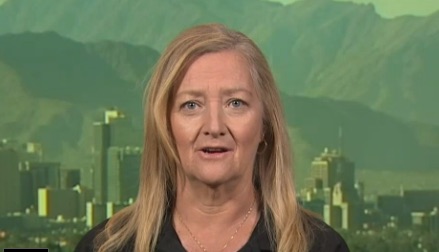 I am shaking and tears are flowing down my cheeks as I watch the news and listen to the insensitive, pain inflicting comments made by you in regards to the fall of Ramadi.

“The city itself is not symbolic in any way”? Oh, really? Are you willing to meet with me and with the families who have lost a son, daughter, husband, wife, father, mother, aunt, uncle, grandson, or teammate?

My son Marc Lee was the first Navy SEAL who sacrificed his life in Ramadi Iraq Aug 2, 2006. His blood is still in that soil and forever will be. Remember that was when so many of our loved ones were taken from us. You said that “it’s not been declared part of the caliphate on one hand or central to the future of Iraq.” My son and many others gave their future in Ramadi. Ramadi mattered to them. Many military analysts say that as goes Ramadi so goes Iraq.

I’ve traveled to Ramadi and visited Camp Marc Lee in 2007. I brought back soil from that city where Marc breathed his last. I interviewed Iraqi General Anwer in 2010 when I returned. I asked him “If you could say one thing to the American people what would you tell them? He paused and with deep emotion said “We will tell our children, our grandchildren, for generations to come we will tell them what Americans have done. There is American blood poured out on our soil.” It seems the Iraqis understand the importance more than you do sir.

You and this administration have minimized that Ramadi could fall, now you are minimizing that it is falling, but you Sir WILL NOT minimize the sacrifice my son Marc Lee made or any of our brave warriors!

As of yesterday, it looked like the general was going to try to ignore Ms. Lee. Apparently sensing that the matter might spiral out of control, he changed his stance today (links are in original):

Gen. Martin Dempsey, chairman of the Joint Chiefs of Staff, has written a letter of apology to the mother of a Navy SEAL who accused him of dismissing the sacrifice of her son's life when he suggested that the recent capture of the city of Ramadi, Iraq, by the Islamic State (ISIS) was not of symbolic significance.

"I've read your letter, and I do apologize if I've added to your grief. Marc and so many others died fighting to provide a better future for Iraq. He and those with whom he served did all that their nation asked. They won their fight, and nothing will ever diminish their accomplishments nor the honor in which we hold their service," Dempsey wrote.

Debbie Lee, whose son was killed in Ramadi in 2006, told "America's Forum" on Newsmax TV that she was "pleasantly surprised" to receive the letter from Dempsey.

"This general did the right thing, stepped up to the plate," she said.

... Arizona Sen. John McCain waded into the controversy, saying that Dempsey's comments sent a message to the terrorist group, "We don't care."

"He never fails to surprise me with his insensitivity and sort of willingness to knee-jerk whatever way he can to support the moral bankruptcy of this failed foreign policy of [President] Barack Obama," McCain said in an appearance on Fox News on Monday.

Dempsey's conditional "apology," which as seen here, Debbie Lee accurately characterized as "soft," is probably all one can expect in an era when almost no one does the right thing in offering apologies, i.e., simply and unconditionally admiting, "I was wrong. I am sorry." There is no question "if" his remark caused Debbie Lee and other soldiers' families pain. It did. You should have just owned up to it, sir.

A search on the general's last name indicates that the AP has no story about Dempsey after Burns's April 16 report. A Google News search at 10:45 p.m. ET on ["Debbie Lee" Dempsey] (typed exactly as indicated between brackets) returned only 18 results, almost all of them from center-right blogs, outlets or authors.