The latest report out of Venezuela by the Associated Press's Hannah Dreier has a time stamp of 1:15 p.m. today. This means that the wire service has had plenty of time to report, and has chosen not to report, a powerful pastoral letter issued yesterday by that country's Catholic bishops (original in Spanish; full Google Translation) denouncing that country's descent into a system they described as "socialist Marxist or communist."

That decision by AP and apparently other international wire services demonstrates once again that one cannot keep up with the news without at least occasionally going to the editorial pages of the Wall Street Journal, the UK tabloids, and Investors Business Daily. In this case, it's IBD's Monica Showalter who commented on the development Monday afternoon in an opinion piece. She also brought Pope Francis into the discussion (bolds are mine throughout this post):

Venezuela's Bishops Have A Message For Pope Francis on Communism

In a refreshingly powerful and direct statement, Venezuela's bishops Monday blamed "Marxist socialism" and "communism" by name for the horrors and chaos gripping their country, according to a story in El Universal.

The bishops said the long lines of people trying to buy food and other basic necessities and the constant rise in prices are the result of the government's decision to "impose a political-economic system of socialist, Marxist or communist," which is "totalitarian and centralist" and "undermines the freedom and rights of individuals and associations."

The Venezuelan bishops specifically stated that the private sector was critical for the well being of the country. ...

...  they also warned that communism harms the poor most of all.

... More interestingly, the timing comes just as a certain former colleague of theirs from another part of South America continues to denounce free-market economies.

The Venezuelan archbishops make the useful observation that if capitalist economies have problems, socialist alternatives are far worse for the poor and needy. Could it be the pope's Latin American colleagues on the ground in the cesspool of communism are the ones who can get through to the holy father on economics? Stay tuned.

"This system is totalitarian and centralist, it establishes control of the state over all aspects of the lives of the citizens and public and private institutions. It also threatens freedom and the rights of persons and associations and has led to oppression and ruin in every country where it has been tried," the bishops said.

In late November, the AP's Dreier infamously tried to look at the basically nonexistent bright side of the chronic shortages the country has been suffering under socialism. While noting that households, because there is no bug spray anywhere, have had to come up with their own concoctions to fend off chikungunya, a painful and sometimes deadly mosquito-borne illness, she wrote that "the turn toward home remedies is the fulfillment of the late President Hugo Chavez's dream to bury mindless consumerism."

In her Tuesday afternoon report, Dreier at least informed readers of what would be the Lie of the Year thus far if the "Islam had nothing to do with the Charlie Hebdo massacre" howlers weren't around: 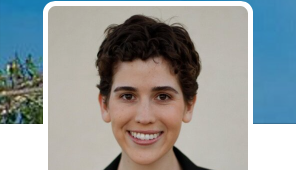 Venezuela is seeing lines unheard of even in this shortage-plagued nation, with people lining up overnight to buy necessities like soap, milk and diapers. The state has deployed military guards to maintain order as stocks run low after long winter holidays.

Many items have become impossible to find even on the thriving black market. At least one upscale Caracas hotel is no longer providing laundry service unless guests bring their own detergent.

On Monday, police began enforcing a policy that limits patrons to two shopping days a week at government-run supermarkets, where prices are much lower.

Food Security Czar Carlos Osorio drew jeers last week when he said that the existence of long lines proved that Venezuela has plenty of food. Otherwise, he said, there would be nothing to line up for.

Really, folks, it's no different than those long lines of people waiting to get into the stores on Black Friday in the U.S. By Osorio's benchmark, Cuba must be the breadbasket of the world.

The press loved it when Pope Francis denounced "trickle-down economics" late last year (too bad for the Pope that capitalism, when properly applied, isn't "trickle-down" at all). But when a country's people are currently suffering and their bishops denounce the system which is its cause, it's crickets.