While liberals bray about how Donald Trump’s brand is unraveling, the phrase “New York Times best-seller” ought to be the unraveling brand. Dylan Byers at Politico reports the Ted Cruz campaign and Harper Collins are challenging the strange denial of best-seller status for the new Cruz campaign book A Time for Truth.

The point here is when you have a "Best Sellers list" many apparently silly readers might think it's based on which books Sell Best. The Times is accusing Cruz of manipulating sales figures...but the Times looks quite guilty of manipulating its list.

"We have uniform standards that we apply to our best seller list, which includes an analysis of book sales that goes beyond simply the number of books sold," Times spokesperson Eileen Murphy told Byers. "This book didn't meet that standard this week." The Cruz campaign wasn’t having it: 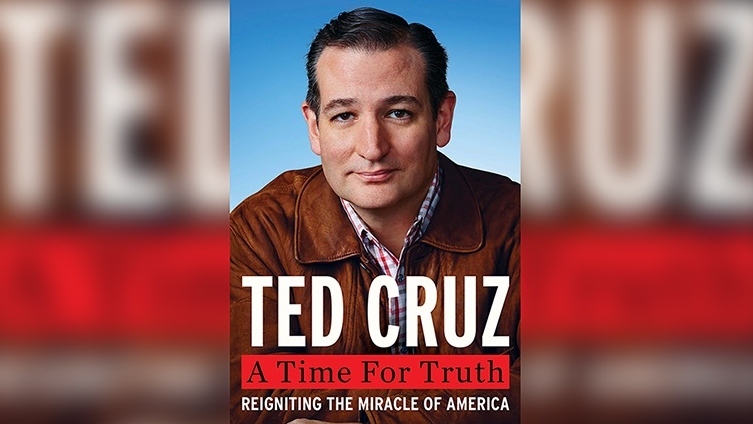 "The Times is presumably embarrassed by having their obvious partisan bias called out. But their response—alleging ‘strategic bulk purchases’—is a blatant falsehood,” Cruz campaign spokesperson Rick Tyler said in a statement. “The evidence is directly to the contrary. In leveling this false charge, the Times has tried to impugn the integrity of Senator Cruz and of his publisher Harper Collins.”

“We call on the Times, release your so-called ‘evidence.’ Demonstrate that your charge isn’t simply a naked fabrication, designed to cover up your own partisan agenda," Tyler continued. "And, if you cannot do so, then issue a public apology to Senator Cruz and Harper Collins editor Adam Bellow for making false charges against them."

The Cruz campaign's request came just minutes after HarperCollins announced that it had found "no evidence of bulk orders or sales through any retailer or organization" -- a statement that all but accused the Times of lying. The publisher also pointed out that A Time For Truth "ranked high on other publishing industry bestseller lists including Nielsen Bookscan (#4)...The Wall Street Journal (#4) and Barnes and Noble (#7)," all of which "omit bulk orders books from their rankings."

When the Times was roundly condemned for its obvious political bias, they issued a revised statement: “In the case of this book, the overwhelming preponderance of evidence was that sales were limited to strategic bulk purchases.”

This statement is false, and the Times knows it.

There were no “strategic bulk purchases.” Cruz spent last week on a nation-wide book tour, signing copies of his book at multiple locations. Booksellers at each event had long lines—sometimes over 400 people per event.

Pictures from some of these signings may be found here: Arlington, TX, Katy, TX, and Sioux City, IA.

Simultaneously, Cruz’s book was ranked the #1 political seller on Amazon, and made it as high as the #9 overall seller (across all categories, including fiction).

Does anyone believe the Times put this kind of eagle eye for bulk sales when they publish Bill or Hillary Clinton books?