“Now’s the Time To End Tax Exemptions for Religious Institutions: The Supreme Court's ruling on gay marriage makes it clearer than ever that the government shouldn't be subsidizing religion and non-profits.” 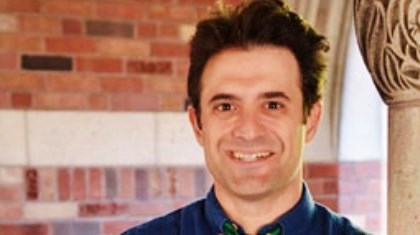 Oppenheimer, who also contributes to the far-left magazine The Nation and The New Republic, wants to deprive all churches of a tax exemption, as well as all political lobbies.

Rather than try to rescue tax-exempt status for organizations that dissent from settled public policy on matters of race or sexuality, we need to take a more radical step. It’s time to abolish, or greatly diminish, their tax-exempt statuses....

First, the religious exemption has forced the IRS to decide what’s a religion, and thus has entangled church and state in the worst way. Since the world’s great religion scholars can’t agree on what a religion is, it’s absurd to ask a bunch of accountants, no matter how well-meaning.

Oppenheimer has heard the argument that charitable giving might dry up without a tax exemption, but frankly, as a socialist, he doesn’t care. “Caring” societies save the poor through government, not some inadqeuate church soup kitchens:

Defenders of tax exemptions and deductions argues that if we got rid of them charitable giving would drop. It surely would, although how much, we can’t say. But of course government revenue would go up, and that money could be used to, say, house the homeless and feed the hungry. We’d have fewer church soup kitchens — but countries that truly care about poverty don’t rely on churches to run soup kitchens.

Exemption advocates also point out that churches would be squeezed out of high-property-value areas. But if it’s important to the people of Fifth Avenue to have a synagogue like Emanu-El or an Episcopal church like St. Thomas in their midst, they should pay full freight for it. They can afford to, more than millions of poorer New Yorkers whose tax bills the synagogue and church exemptions are currently inflating.

So yes, the logic of gay-marriage rights could lead to a reexamination of conservative churches’ tax exemptions (although, as long as the IRS is afraid of challenging Scientology’s exemption, everyone else is probably safe). But when that day comes, it will be long overdue.