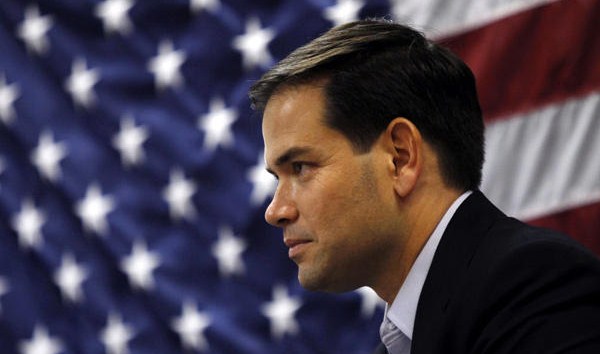 Brent Scher at the Washington Free Beacon (disclosure: too briefly an intern here at MRC in 2012) added an intriguing spin on Friday’s New York Times “scoop” on the traffic citations of Sen and Mrs. Marco Rubio. The Times report appeared very shortly after all these citations were pulled by American Bridge PAC, a very pro-Hillary super PAC that’s gettting fingerprints on several media hit pieces on Republican presidential candidates.

Dylan Byers at Politico reported that Carolyn Ryan, the paper’s Washington bureau chief, denied that their records were just a handover from the Democratic opposition researchers. No, their records were pulled independently. This does not mean they weren’t tipped, and then acquired the records to add a degree of separation. Notice that the time frames are the same, and the reported citations neatly correspond.

Records show that each of the citations mentioned by the New York Times were pulled in person by American Bridge operatives on May 26, 2015.

Take for example the time Rubio was pulled over in 1997. “Mr. Rubio’s troubles behind the wheel predate his days in politics,” wrote the New York Times. “In 1997, when he was cited for careless driving by a Florida Highway Patrol officer, he was fined and took voluntary driving classes.”

A look at the docket for that infraction on Miami-Dade County’s website shows that American Bridge was in Miami to pull records on that case at 11:42 a.m. on May 26:

Neither of the reporters, Alan Rappeport and Steve Eder, appeared on the docket records for any of the traffic citations for Rubio and his wife. An additional researcher credited in the New York Times, Kitty Bennett, also does not appear on any of the court records.

Scher added how Democrats feel about Rubio at present:

In a recent Times story that actually cited Democratic sources by name, Jeremy Peters reported that “A Hillary Clinton Match-Up With Marco Rubio Is a Scary Thought for Democrats.”

So scary, indeed, that Democrats appear to be feeding opposition research to the Times.

"We came across this on our own," she wrote. "Steve Eder and Kitty Bennett noticed it on Tuesday while looking into something else -- it is almost all on line. Eder planned to do it for First Draft next week. On Wednesday, another reporter, Alan Rappeport, got wind that others were looking at the same thing. He mentioned it to Eder, so we decided to get it in now. We hired a document retrieval service in Florida and got copies of the paper records ourselves. They came back yesterday."

Later, she added the newspaper used Westlaw Court Express to obtain the court documents. "The guy we dealt with is Todd Mack -- he is manager, sends out local stringers to retrieve documents," she said. Mack confirmed that to Politico via email: "We had one of our services in Miami go into the courthouse and retrieve the information," he said.

Byers tried to fit this amazingly coincidental records search into a campaign context:

For several media organizations, oppo research is welcome from all sides, so long as it can be verified. To wit, The Times recently acknowledged accepting opposition research on Hillary Clinton from Peter Schweizer, the author of "Clinton Cash," a fact that complicates accusations of liberal bias against the paper.

The obvious difference is that the Times publicly revealed they would look at the evidence of this “partisan researcher,” as Byers described Schweizer. There was no mention in the Times of any research helpers on what Twitter wags have hashtagged the “#RubioCrimeScoop.” The joke was to describe tiny offenses – stealing a bank pen, failing to return a library book – in the same vein as the Times gumshoes.