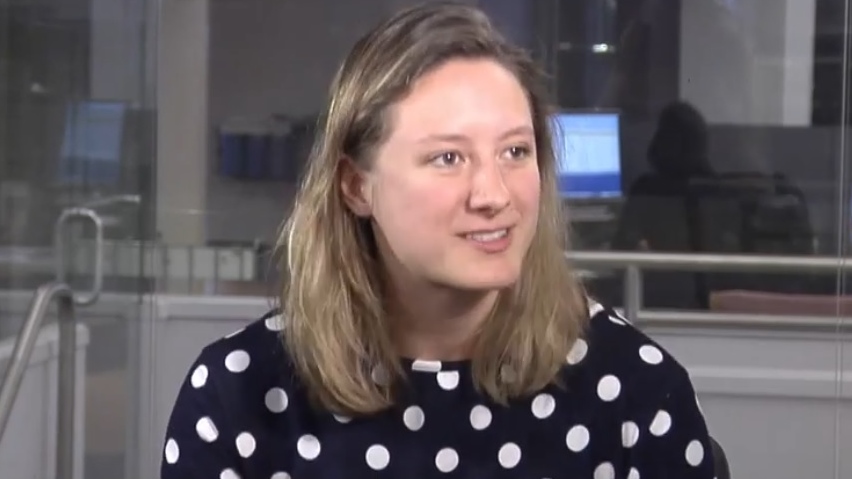 Your columnist Alexandra Petri wrote Friday that the revelation that Josh Duggar (the eldest son of the TLC reality-TV family in 19 Kids and Counting) was guilty of sexually abusing other children at age 15 is no occasion for glee. She’s obviously bad at hiding her glee. For then she writes “This is a reminder of how badly the cult of purity lets victims down.”

She is right to suggest that it is wrong to assert that someone who’s lost their virginity is immediately and permanently like a cup of spit or a dirty used bicycle – especially for pure, faithful children who’ve become the victim of sexual abuse. But it’s clear that Petri is attacking a “cult of purity” because she doesn’t believe in purity in any form. She doesn’t believe in sin, either.

Petri approvingly cites a ThinkProgress blogger who says Duggar committed a crime, and definitely not a sin: “Such a message can leave children confused about what is actually harmful behavior and what is merely something of which his or her religion does not approve. There is also evidence that using accurate medical terms to educate children in an age-appropriate way can be effective at allowing children to report abuse when it happens to them.”

The religious conservative can turn the argument around to this maxim: Feminists and libertines have an unhealthy attitude toward sexual commitment, and are against educating children about preserving yourself for a committed relationship. Libertines insist virginity is impossible, unless you’re an indoctrinated robot...like they think of the Duggars.

Petri was hired by the Post as a humorist, but humor has often failed her when it comes to feminism and sexuality. Last July, she mocked the specifically Catholic belief that artificial birth control is a sin:

Being a humorist means never having to say you’re sorry for never engaging your adversary. You can call him a caveman and move on to the next “joke.” In her work, Petri routinely puts conservatives into the “ancient” category, doing a “superiority dance” for her sophistication in the modern world.

Religious conservatives insist that God commands that sex should be saved for marriage. Petri believes God is basically dead (unless He or She is up for everything she believes), and  insists that sex should never be saved,  and that having a broad range of casual sex makes you wiser and worldly.

Look no further than Petri’s own play from last summer titled The Campsite Rule after the moral philosophy of radical sex columnist Dan Savage. A woman approaching 30 deflowers a college freshman, so this “rule” applies:

“It means if you’re an older partner, it’s your responsibility to leave your younger partner in at least as good a shape as he or she was when you began your relationship, just as campers try to leave behind as few traces as possible at their campsite. That means no STDs, no pregnancies, no baggage—you get the idea.”

This “rule” presumes that all sex is opportunistic and transitory: no pregnancies and no “baggage,” including  hard feelings of being used. One Savage devotee instructed the term for these relationships was “precious but temporary.” Another professed “sex doesn't need to be part of an emotional stranglehold.” Your fellow human being is compared to a campsite.

A supportive drama critic called Petri’s play “a satisfying modern love story (well, modern ‘like,’ anyway).” That tells all. The libertines are enthralled with a worldview based on “modern like” (or more, simply, modern lust) and can’t conceive of anyone having an ethic of lifelong (or even eternal) love.

As a parent of two and a Catholic, I believe that God’s word is clear about adultery and human dignity, and that His word makes perfect sense in any time, ancient or modern. I loved my wife before I knew her by staying chaste, and I still love my wife and my children by staying faithful to her. She has never been a campsite or a used bicycle. She has become one flesh with me, and she is still my only love after 27 years of marriage and for as long as I live. That’s an everyday commitment, and it’s not impossible. It’s not a “cult of purity.” It is an ideal to attempt to follow, and if one stumbles, it’s always best to try again, and not be discouraged.

Post columnists could call me a loser or a nerd or something worse, but I know I have never exploited another human being like a blow-up doll or sought a quick thrill without an “emotional stranglehold.” We teach our children, as best we can in today’s hypersexualized culture, that waiting is better and hope they’re gratified by our example. It’s sad that this approach is somehow so bizarre it’s worthy of that oxymoronic exercise known as “reality television.” But it is our reality.