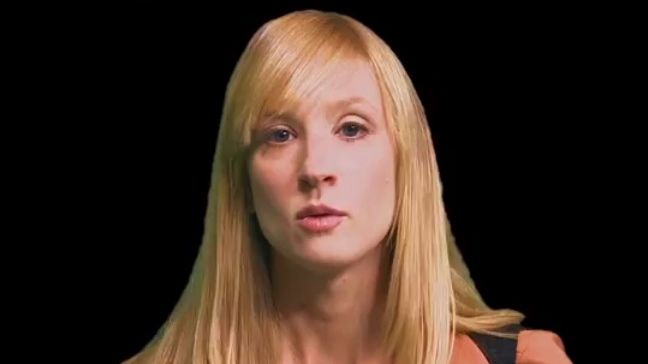 To liberal media outlets, the saddest thing about abortion is how women seeking to terminate their baby may have to drive more than 20 minutes to a clinic. The Washington Post on Thursday offered a 2,390-word opus on a woman named Emily [last name sympathetically withheld] who procured an abortion in Missoula, Montana, driving 407 miles from Wyoming.

The headline was “The long drive to end a pregnancy.” The story took up two entire inside pages with a page of scenic color pictures along the drive, but no people in them. Post writer Monica Hesse lectured in large letters on the front of the Style section about the “geography of abortion” being too taxing in red states:

This was a drive Emily had never taken for a procedure she hadn't imagined needing, in a time when fewer clinics and tougher laws were making the geography of abortion more complex. Because of the sensitivity of the abortion issue, The Washington Post agreed with Emily's request not to use her last name or identify where she lives. In some parts of America, the accessibility of abortion has remained unchanged, but not in great swaths of the country - not in places such as Texas, where more than half of the clinics have closed since 2013, or in South Dakota, where the single clinic has a mandatory 72-hour waiting period between appointment and procedure, or in Wyoming, where there is one private provider and no clinics in all the state's 98,000 square miles, and where the nearest facility Emily could find an appointment was six hours away.

Readers who didn’t turn the page were duped. Emily decided on Missoula after she failed to make a timely appointment in Helena, a shorter drive. (The one private provider is Wyoming is in Jackson, which is even closer.) The mileage count and the photo captions on the highways driven suggest Emily (and the Post reporter) drove from Cody, Wyoming.

To liberal journalists, there should apparently be an abortion clinic in every city to meet the "needs" of women who need to "end a pregnancy."

At first, Emily and her husband nicknamed their baby “Beauregard,” but then the boyfriend got in an “alcohol-infused altercation” and went to jail with no hearing date. So she scheduled an abortion. (After the abortion, we learn the husband called to say he had a hearing date, and might only get probation, so maybe she shouldn’t abort. Oooops.)

In bold black headline-size letters on the top of page C-6 was Emily’s argument for aborting: “Children deserve so much. And if you don’t start with a solid platform, how can you ever give them that?”

The pro-life view in the story was limited to an acquaintance telling Emily she had “other options,” and “Choose life”  billboards Emily saw after the abortion. (No one expects a Post reporter to talk her out of it.)

Hesse’s story ended on a perverse note often seen in pro-abortion media. Emily tries to convince herself (and the Post audience) that the baby is better off dead:

Back in the clinic, when the surgical part of the abortion was over and she was again in the recovery room, Emily had decided to add her own entry to the diary of experiences. She wrote out a few lines from a T.S. Eliot poem that she liked, and another by Pablo Neruda. She wrote, "I loved my baby, Bo, dearly, and I hope in the coming years I will believe that this was the best decision for both of us. He will be in my heart and on my mind always." Then she wrote another sentence, addressing the child she would not have. "I know you would've been a beautiful joy in my life, and I can only hope and strive one day to be the mother you deserve."

Eight hundred and fourteen miles, driven since yesterday, and she pulled back in front of her house and sat for a minute before going inside.

It reminds me of an old Glamour magazine article on women who wrote “love” notes to their ahem, “lost” babies. Brent Bozell wrote:

Glamour finds it "poignant" that one woman wrote to her victim: "To my little angel, Please understand that you are better off in the hands of God than mine at this moment." (This is hard to debate.) "I smile when I think of you, even if I cry. You have given me reason to be strong and wise and responsible. You will always be my baby. I will see you in heaven, sweetheart. Love you! Love always and unconditionally, your mommy."

WashPost Style writer Dan Zak raved on Twitter that Hesse’s story was fabulous: “I also love how there is no comment section at the end. Encourages reflection, not reaction.” Yes, how convenient that the Post allows no debate or disagreement with the woman’s “choice.”

Zak had tweeted harshly earlier about the “BS” article by James Franco touting how McDonald’s employed him when he really needed the money: “I've written my share of bullsh-- but this is way out of my league.”  I tweeted back “There may be no written BS in a newspaper greater than ‘Dear aborted baby: I think this was best for both of us.’”