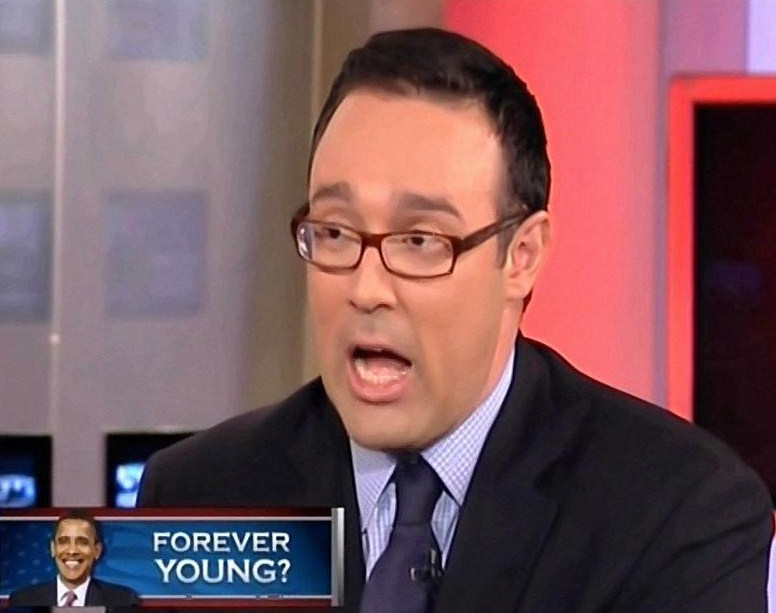 Washington Post political reporter Chris Cillizza recently lectured Rand Paul not to play media critic. Now he’s decided conservative media critics as a whole have no argument in an article provocatively headlined “No, the media isn’t biased in favor of Hillary Clinton.” There is no evidence for that charge, he wrote, even as he acknowledged the embarrassing video of journalists chasing after the Scooby van.

[T]o accuse the press of being in the bag for Clinton in this campaign feels totally contrary to the evidence at hand. Clinton seems to me to have weathered more scrutiny in the race so far -- in terms of media attention being paid to her and what she might be like as president -- than any Republican, with the possible exception of Jeb Bush.

He cited Wall Street Journal editorialist Peggy Noonan – who favored Barack Obama over Hillary the last time she ran. In a blog on "Hillary's ungainly glide," she wrote:

Republicans know—they see it every day—that Republican candidates get grilled, sometimes impertinently, and pressed, sometimes brusquely. And it isn’t true that they’re only questioned in this way once they announce, Scott Walker has been treated like this also, and he has yet to announce. Republicans see this, and then they see that Mrs. Clinton isn’t grilled, is never forced to submit to anyone’s morning-show impertinence, is never the object of the snotty question or the sharp demand for information.

Then, naturally, Cillizza agrees with that. Wait, what?

Noonan is on slightly firmer ground when she says "Mrs. Clinton isn't grilled, is never forced to submit to anyone's morning-show impertinence, is never the object of the snotty question or the sharp demand for information."  It's true that Clinton -- unlike Rand Paul, Marco Rubio and Chris Christie -- hasn't sat for an interview with the "Today Show" or some other morning program.

He agrees with that obvious point, but thinks it’s meaningless in the bias argument:

But, I'm not entirely clear on how that's evidence that the media is somehow biased in her favor.  The media may be powerful but last time I checked we can't force someone to be interviewed. Yes, Clinton has the luxury of bypassing such interviews but that's because she is so much better known than the Republicans I outlined above, not because the media is somehow giving her a pass.

He also claimed Hillary was subjected to hardballs when she held that 21-minute press availability at the United Nations about the e-mails. Even though that started with a softball that maybe this e-mail scrutiny was sexist, those questions were firm. But the scrutiny doesn’t last. The narrative shifts back to “Look, Hillary wants to be seen as a grandma, and the defender of everyday Americans....and look at her order a burrito!”

It was the second half of his selection of Noonan that really upset him:

She waves at the crowds and the press and glides by. No one pushes. No one shouts the rude question or rolls out the carefully scripted set of studio inquiries meant to make the candidate squirm. She is treated like the queen of England, who also isn’t subjected to impertinent questions as she glides into and out of venues. But she is the queen. We are not supposed to have queens.

Cillizza argued that the press have pounded Mrs. Clinton on two storylines:

The two main storylines surrounding Clinton and her nascent campaign so far this year have been a) foreign donations made to the Clinton Foundation and b) her use of a private email address (and server) during her time as Secretary of State. The third big-ish storyline about Clinton -- although it has faded in recent months -- is the hundreds of thousands of dollars she charged for speeches to various universities and companies while a private citizen.

NONE of those stories are remotely good for Clinton. And ALL of them have been heavily covered by the media. And, that coverage has been, in the main, far from favorable to Clintons. (Worth noting: It's impossible to offer a comprehensive analysis of the tone of the Clinton coverage, of course. But, the very fact that the trio of stories I outlined above have dominated the news suggest that things haven't gone exactly as Clinton and her allies would like.)

Cillizza is right about something that Noonan didn’t exactly say: the national newspapers, including The Washington Post, have published some hard-hitting investigative pieces on the Clinton Foundation, on her speaking fees, and on the e-mail scandal. But the TV networks have barely touched the Clinton Foundation, were bored by the speaking-fees stuff, and have now lost interest in the e-mail scandal.

This was also the pattern of media coverage of the Bill Clinton era. Newspapers would break big scoops about the Clintons accepting donations from China and so on and the networks would yawn. Most voters across America aren’t reading The Washington Post. They get their news, and certainly their assessment of the horse race, from TV.

Cillizza should acknowledge that it’s quite possible to assess the comprehensive tone of press coverage  -- as he does every Sunday in assessing who's had the "Worst Week in Washington." Hillary’s having an easier time right now than the Republicans. It’s lame to insist that just because paranoid Hillary doesn’t like her press coverage – she wants it to sound all promotional, all the time – is a refutation of the bias accusation.

One can argue that the mere fact that Hillary is facing no serious challenge inside the Democratic party is one proof for pro-Clinton news coverage. An unaccomplished secretary of state pushing 70 with a 26-car train of ethical scandals and a husband who was impeached for lying under oath? That’s your “inevitable” choice?

The weight of Clinton scandals never seems to reach a critical mass, and never leads to a journalistic assessment they’re dishonest, not trustworthy, and shun any attempt to hold them accountable. Instead, every scandal vanishes, and the press hails them for their “almost otherworldly resilience.” As if the tone of the press didn’t help.

The Clintons are treated like a “royal family.” We have the press quotes to prove it. The mere fact that she can announce for president without having to submit to any interviews demonstrates her royal stature in their eyes. Cillizza can start an argument once Savannah Guthrie gets in a fight with her.