On Thursday night’s PBS NewsHour, they devoted two segments to the forthcoming Summit of the Americas and like Andrea Mitchell, PBS correspondent Margaret Warner felt it necessary to document how Latin American countries think Team Obama’s actions toward Venezuela “smacked of U.S. bullying” and even “imperialist meddling.”

It might seem a bit perverse, but the government-funded channel was calmly explaining to viewers that standing up for dissidents is a diplomatic fiasco. The U.S. government merely froze the assets of seven Venezuelan officials they tagged as human-rights violators, not all the people of the leftist country. PBS has a funny definition of who's anti-"bullying" in this controversy.

“We are deeply concerned by the Venezuelan government’s efforts to escalate intimidation of its political opponents,” the White House said in a statement in March. “Venezuela’s problems cannot be solved by criminalizing dissent.”

After a filmed segment narrated by Warner about the American “bullying,” Warner appeared in studio: 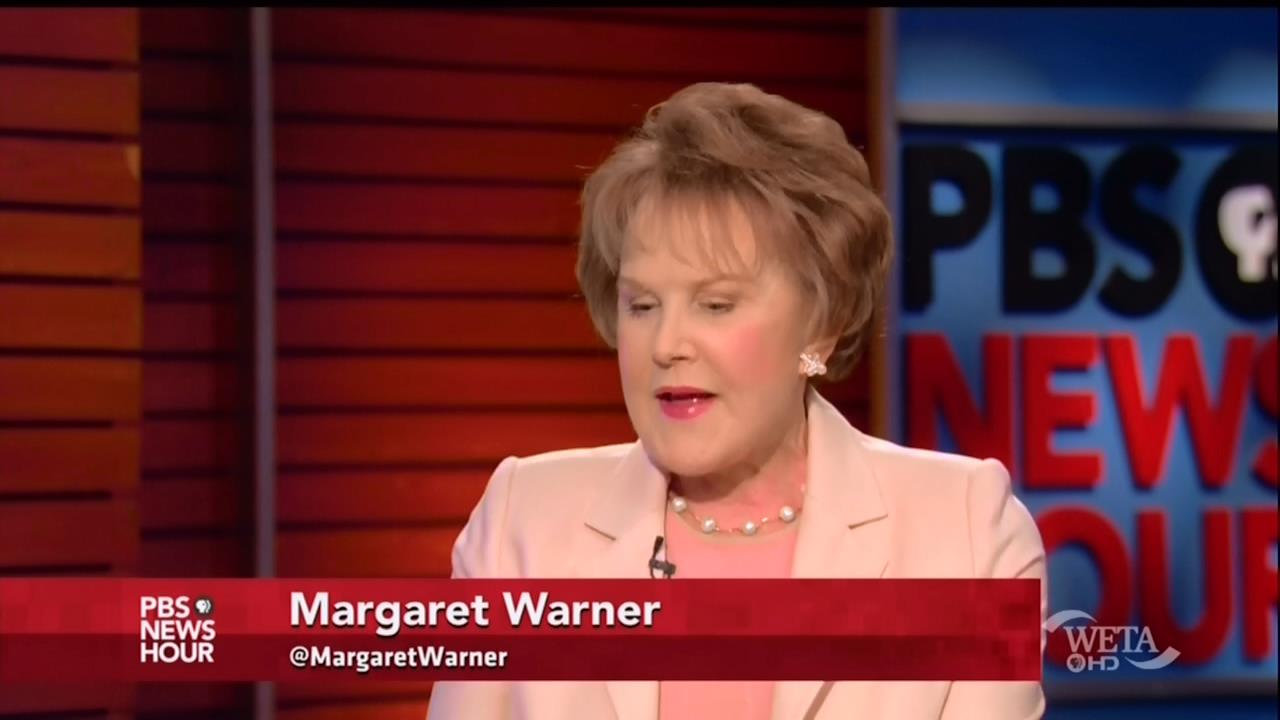 JUDY WOODRUFF: So, what should we expect tomorrow, when the summit gets under way in Panama?

MARGARET WARNER: Well, originally, the White House hoped this would be a victory lap for President Obama, given the openings to Cuba. And they were frank, in fact, when the opening was announced last December that, yes, it was done on its own merits, by the timing was driven by this summit.

The last summit was hijacked once again by all these other countries objecting to the fact the U.S. kept Cuba out. And they said, we have got  a big agenda to work with these countries and we want to get that out of the way, clear out that underbrush.

And so they really thought that he would wave a — he would ride in on a wave of good feeling, also because of his order about protecting a lot of undocumented aliens, which was — immigrants — which was very controversial here, is wildly popular in Latin America. But then they kind of stepped in it the way they handled this slapping sanctions on the seven Venezuelan officials.

JUDY WOODRUFF: Why was that considered a blunder, and could it do real harm to what they’re trying to do?

MARGARET WARNER: Well, Judy, originally, it was done under pressure from the Hill. And, in fact, the actual sanctions were first announced the day after the Cuba announcement with not a peep.

But then there was terrible repression going on in Venezuela of dissidents and opposition. And as the new year rolled on, the mayor of Caracas was arrested on sedition charges. A 14-year-old boy was killed by a police officer. And people like Robert Menendez, who of course is no longer chairman of the Foreign Relations Committee, but had been, Marco Rubio, who are very opposed to the Cuban opening, said, you are just abandoning human rights. Where is the implementation order?

It’s in that order with that language about a grave security threat to the United States that made all these Latin America countries — it smacked of the old justification for U.S. sort of imperialist meddling in Latin America, whether it’s supporting coups against communist governments, supporting the Contras against leftist governments.

And so a lot of the countries of Latin America, they may not agree on everything, from how to run your economy to human rights, but one thing they agree on, they don’t like to being treated by the United States as being in their backyard.

Warner sounded like an echo of a Los Angeles Times op-ed by leftist writer Cynthia Arnson:

What could have been a victory lap for President Obama at his third and final summit has been marred, however, by the way in which the administration introduced sanctions against Venezuela in March.

The sanctions themselves are limited, targeting seven current or former military, police, intelligence and judicial officials involved in corruption and a violent crackdown against the regime's political opponents. But the executive order announcing them invoked a “national emergency” and called Venezuela an “unusual and extraordinary threat to the national security and foreign policy of the United States.”

This provoked an uproar, predictably in Venezuela but also throughout the hemisphere. Even staunch U.S. allies chafed at national security rhetoric that conjured up the worst ghosts of past U.S. interventionism.