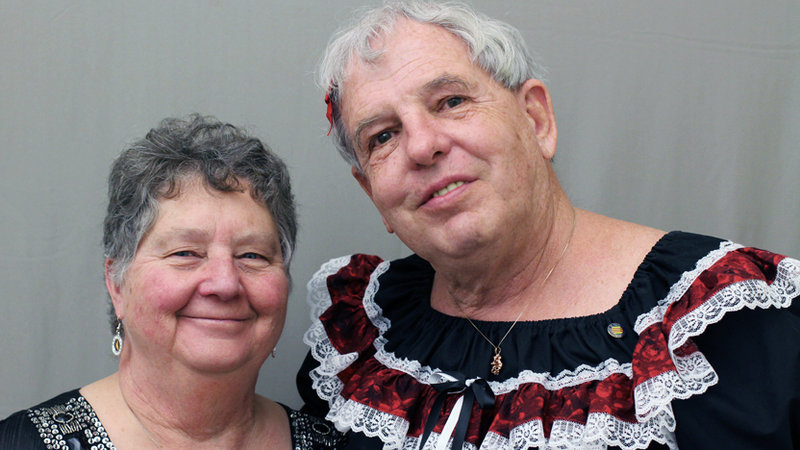 In their constant celebration of gender-bending, NPR still has time for old-fashioned transvestites. On the April 3 Morning Edition, their headline was “Longtime Couple Found That Clothes Didn't Make The Man.” The producer, Liyna Anwar, tweeted “He's a Vietnam vet who teaches electric power tech. He just does it all in a dress.”

STEVE INSKEEP: Today, we have a love story from Wyoming. That's where a man named Sissy Goodwin teaches power plant technology at Casper College. Sissy stands out on campus because he dresses in women's clothing. He wears bows in his hair and prefers his toolboxes in pink. Sissy is not gay. His wife, Vickie, did not know that he wore women's clothing when they met but has stood by his side for more than four decades.

Naturally, this is a story of violent disapproval and bigotry in need of relief from NPR and other compassionate media outlets. For this three-and-a-half-minute report, they started at the love story’s beginning:

SISSY GOODWIN: I knew I had to hide my behavior, so I tried to be very macho. As you know, the second or third date I took you on, I rode in a rodeo. But do you remember when I first told you that I wore women's clothes?

VICKIE GOODWIN: It was after we were engaged. And I thought, well, that's not a big deal. But one of the hardest things was that people made fun of this person that I loved. So I wanted to protect you.

S. GOODWIN: Remember when I was beat up in front of our house? The guy kicked my teeth in. To have your son have to witness that was pretty terrible.

S. GOODWIN: Remember the neighbors we had? He came out with a knife one day and threatened to castrate me. I call those people fashion critics. But the younger generation, they don't care what I wear.

V. GOODWIN: I remember the time that all your students dressed up for you.

S. GOODWIN: They all had pink shirts on and either pink or purple hair ribbons - the whole class. That told me a lot. Did you ever think to leave me 'cause I was different? 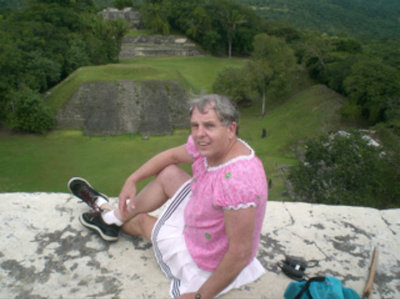 S. GOODWIN: I know early on you were embarrassed to be with me. And I felt so bad for you because now I'm not the man you married.

V. GOODWIN: Well, we've been married for over 46 years. And I love the person that I have become because of you.

This report was part of the “StoryCorps” project dedicated to preserving the stories of American lives. As NPR explained, "These conversations are archived at the American Folklife Center at the Library of Congress, allowing participants to leave a legacy for future generations."

NPR left out a detail the Los Angeles Times has just reported, since they boosted Sissy and his story back in 2013:

After nearly seven decades in Wyoming, for much of that time facing heartbreak, discrimination and even physical violence, the cross-dresser has finally decided to leave the Cowboy State.

Sissy Goodwin, who was profiled in the Los Angeles Times in 2013 for his insistence, despite an often-macho Western ethic, to lead the life he chooses -- as a man who prefers to dress in women's clothing -- is retiring in May from his job as a college science instructor in Casper.

He and his wife, Vickie, are moving to the Portland, Ore., area, where they plan to buy a small farm and raise goats and chickens.

In fact, he's already got a few lacy things in mind for feeding the animals.

"Oh, I'm sure it will be very inappropriate for a lady farmer," he said. "Maybe petticoats, skirts and peasant blouses -- whatever the heck I feel like wearing.

"I don’t think the goats or chickens will be too critical."