But Blake took a fascinating turn: he defended the "mainstream media" against the idea they attacked Hillary. These negative adjectives are used by the "conservative media" or "people who don't like Hillary Clinton." This means liberal journalists don't fit that category. 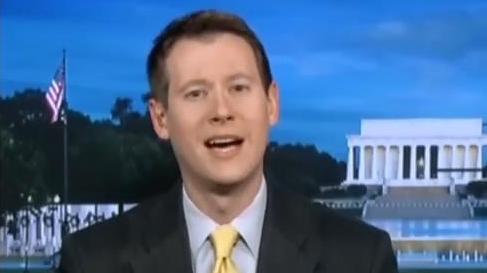 But do the media actually use these words to describe Clinton? Well, yes, but only if you loosely define "the media" as "the conservative media" and "people who don't like Hillary Clinton."

In fact, if you Google "Hillary Clinton" and "calculating," there are 140,000 results. The first slew of results come from conservative outlets like The Daily Caller, The Blaze, Breitbart, the Daily Telegraph and also the Republican "America Rising" super PAC. One result comes from the Los Angeles Times, but it's a defense Bill Clinton lodged in 2007 against the attacks.

"Calculating" is almost completely something used to attack Clinton or describe the attacks on her. The same goes for "disingenuous," "insincere," "entitled," "secretive," "over-confident," "represents the past" and "out of touch." These are all loaded words  and not terms used casually by mainstream media journalists like Chozick to describe a politician.

The same cannot be said for some other words. "Polarizing" is a word that has long followed Clinton, as has "ambitious," and "inevitable."

Ones that the liberal journalists can be accused of using? Well, he thinks they should be reined in:

And some of these words should indeed be reined in -- if not necessarily for the reason this group wants.

"Polarizing," for example, is a word that now describes pretty much every well-known politician in the country, up to and including Barack Obama and George W. Bush. The politician who isn't polarizing is the exception rather than the rule. And it usually means that the politician just isn't well known enough to be polarizing. Yet.

And while we're at it, go ahead and retire "inevitable," too. We've been talking about it for a while, sure, but it's probably been overdone (not too mention it aims to predict the future). Now it's all about whether Clinton gets any capable primary opponents. Until then, call her a huge favorite and leave it at that.

As for "ambitious," nobody runs for president without having an extraordinary amount of ambition. Not Ted Cruz, not Barack Obama, not Mitt Romney or Jeb Bush, and definitely not Bill Clinton -- all of whom have had their unusual amount of ambition chewed over by the media.

Blake added that the group went after leftist "net neutrality" booster Lawrence Lessig. "Also apparently off the table: "tone deaf" -- at least according to a new Twitter account that appears to be from the group:"

Happy to see sexist media owning up but this should be more clear. There are more than 13 words that are off limits. http://t.co/jJ6LbMmUsS