Following in the footsteps of The New York Times Magazine in 2012 and Slate.com in 2013, the March 30 edition of Time is promoting the photographs of Lindsay Morris. The headline was "Happy Campers: Documenting a rural retreat for gender-creative kids.” As opposed to most children, who are apparently “gender-stodgy.” 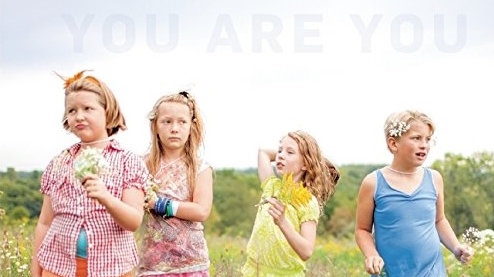 Morris is coming out with a book titled You Are You in which they call these children “gender-unique.” The book blurb says through “sensitive images the viewer will experience an important moment in history where the first gender-creative childhood is being openly expressed with the support of friends and family. Morris reaches beyond the confines of the camp to contribute to a dialog about the crucial role that support plays in the lives of gender unique children.”

Raising a child who doesn’t conform to gender roles is a minefield for even the most supportive parents. How do you let your children be themselves while also protecting them from bullies? That question led a number of parents, who met through a therapy group for gender-variant children, to organize an annual four-day camp in the wilderness for their kids.

Almost all the boys are “biological boys who like to wear girls’ clothing,” aged 6 to 12. Gray elaborated:

Some will grow up to be transgender, while others will become gender-conforming adults. Still more may decide to embrace a fluid concept of gender. “Living with ambiguity can be very hard,” writes one of the parents in a reflection in the book. The beauty of the camp is that it allows the kids to live comfortably in the middle, a difficult place to occupy during the rest of the year.

Morris hopes her work will help gender-creative kids and their families realize they are not alone. Along with the photographs, she includes a list of helpful children’s books and support organizations. But the book’s greatest value may be in showing the joy of children who are allowed the simple freedom to be themselves.