Washington Post columnist Dana Milbank came positively unglued in his column in Tuesday’s newspaper. He tweeted out this attack on Scott Walker: “Can we be sure Scott Walker isn't a eunuch, Klansman, ISIS sleeper cell or IBS sufferer?”

Like other paranoid Obama-loving liberals, Milbank can’t stand that Walker would punt when liberal Washington Post reporters ask gotcha questions about whether Obama is a Christian. These people all assume this is a slam-dunk question, like asking if Obama is black.

Can we be sure Scott Walker isn't a eunuch, Klansman, ISIS sleeper cell or IBS sufferer? http://t.co/EZyRJdeK7j

Here’s how Milbank vented his spleen:

This is not a matter of conjecture. The correct answer is yes: Obama is Christian, and he frequently speaks about it in public. Balz and Costa presented Walker with this information to give him a second chance to answer.

But even when prompted with the facts [?], Walker — in Washington for the National Governors Association meeting — persisted, saying, “I’ve actually never talked about it or I haven’t read about that,” and, “I’ve never asked him that,” and, “You’ve asked me to make statements about people that I haven’t had a conversation with about that.”

This is an intriguing standard. I’ve never had a conversation with Walker about whether he’s a cannibal, a eunuch, a sleeper cell for the Islamic State, a sufferer of irritable bowel syndrome or a grand wizard of the Ku Klux Klan. By Walker’s logic, it would be fair for me to let stand the possibility that he just might be any of those — simply because I have no personal and direct refutation from him.

Walker, the son of a Protestant minister, hears the question very differently: asking if someone is a Christian is a very personal question, asking whether someone has committed themselves to Jesus in their heart. It’s like asking if he knows how often Obama prays. His reluctance to answer for someone he doesn’t know is not a "No."

(He could say "he golfs far more often than he goes to church," but Milbank might collapse over that. Or he could have said "A Christian....or a Reverend Wright 'God Damn America' follower?")

Walker's demurral has been aggressively interpreted by the secularist Posties as a very vicious slam – possibly racist, with spices of birtherism and secret-Muslim-ism thrown in. As Milbank continued to vent:

This is insidious, and goes beyond last week’s questioning of Obama’s patriotism, because it allows Walker to wink and nod at the far-right fringe where people really believe that Obama is a Muslim from Kenya who hates America. The governor is flirting with a significant segment of the Republican primary electorate: those who have peddled the notion (accepted by 17 percent of Americans at the end of Obama’s first term) that Obama is a Muslim.

Beyond that, Walker’s technique shuts down all debate, because there’s no way to have a constructive argument once you’ve disqualified your opponent as unpatriotic, un-Christian and anti-American. On the Internet, Godwin’s Law indicates that any reasonable discussion ceases when the Nazi accusations come out; Walker is essentially doing the same by refusing to grant his opponent legitimacy as an American and a Christian.

How did the Nazi accusations get invoked here? And Earth to Milbank: If Walker decides to run for president, his opponent cannot be Barack Obama.

And there’s more kicking and screaming and hair-tugging:

But if this is Walker’s standard, it seems only fair that it should be applied to him, as well. Here is what one of those meet-the-candidate Q&As might look like if the answers were drawn from actual demurrals Walker has used in other contexts in recent weeks: 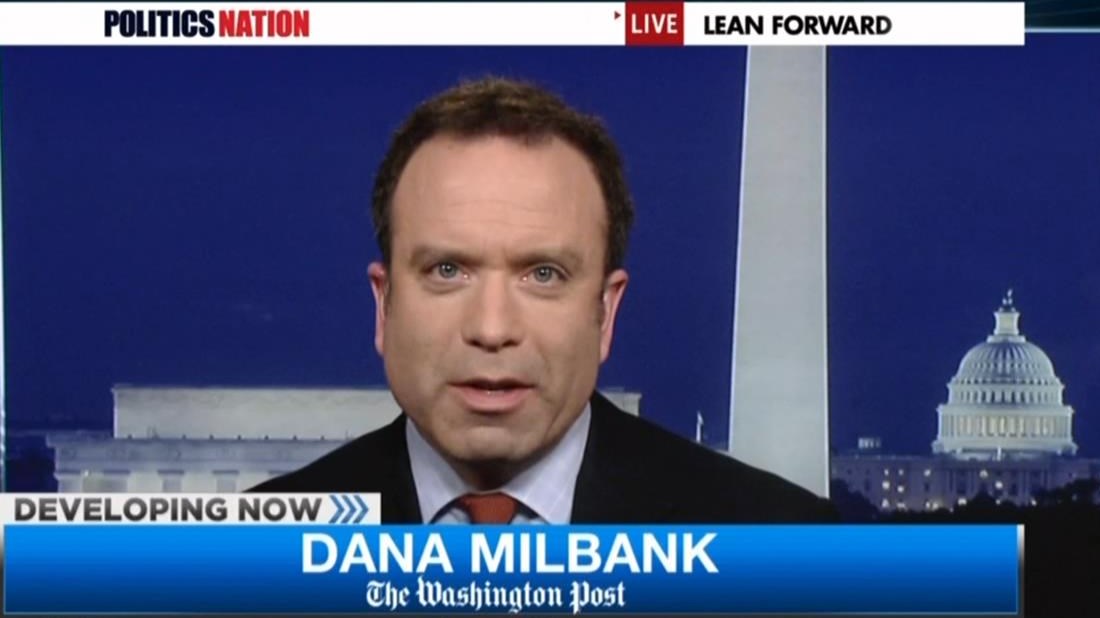 Why does Scott Walker hate America?

“I’ve never asked him that.”

When did he stop beating his wife?

“He can speak for himself.”

Does Walker love his children?

Does he have ties to the Muslim Brotherhood?

I’ll go out on a limb and stipulate that Walker loves his country and his family, and I have no reason to think he isn’t a good Christian and a decent man. But he’d be a better man if he didn’t insinuate with his demurrals that his political opponents are not.

Milbank linked to the original WashPost report, but ignored this part of it:

Walker spokeswoman Jocelyn Webster telephoned The Washington Post to say the governor was trying to make a point of principle by not answering such kinds of questions, not trying to cast doubt on Obama’s faith.

“Of course the governor thinks the president is a Christian,” she said. “He thinks these kinds of gotcha questions distract from what he’s doing as governor of Wisconsin to make the state better and make life better for people in his state.”

National Review's Jim Geraghty checked Milbank and his "snit-storm" into the boards in his Morning Jolt newsletter:

When either one said that, were they thinking of Obama’s 2008 declaration to Rick Warren at Saddleback Church that “I believe that marriage is the union between a man and a woman. Now for me as a Christian, it is also a sacred union. God’s in the mix”? Because all that seemingly devout profession of faith was, we now know, BS . . . told to a pastor . . . in a church. So the notion that some of Obama’s public comments about his faith might really be vote-chasing showmanship and spin really isn’t the most unthinkable conclusion, fellas.