Monday’s Washington Post carried a large piece on page A-3 by reporter Karen Tumulty and research editor Alice Crites on the jewelry-shopping habits of Jeb Bush’s wife Columba. The headline was “Documents show the expensive tastes of Jeb Bush’s wife.”

The story began: “In 1999, Columba Bush, the famously private wife of then-Florida Gov. Jeb Bush, was detained and fined by federal customs officials for misrepresenting the amount of clothing and jewelry she had bought while on a solo five-day shopping spree in Paris.”

This is not exactly how the Post introduced Michelle Obama to the country eight years ago – with a hit piece using a research editor on Michelle’s financial matters. Columba was “deeply mortified” by this brush with Customs, they reported, and she said “It was the worst feeling I’ve ever had in my life.” They continued:

The ordeal did not stop her from spending freely, however. Less than a year later, she took out a loan to buy $42,311.70 worth of jewelry on a single day, according to records filed with the state of Florida by Mayors Jewelers. 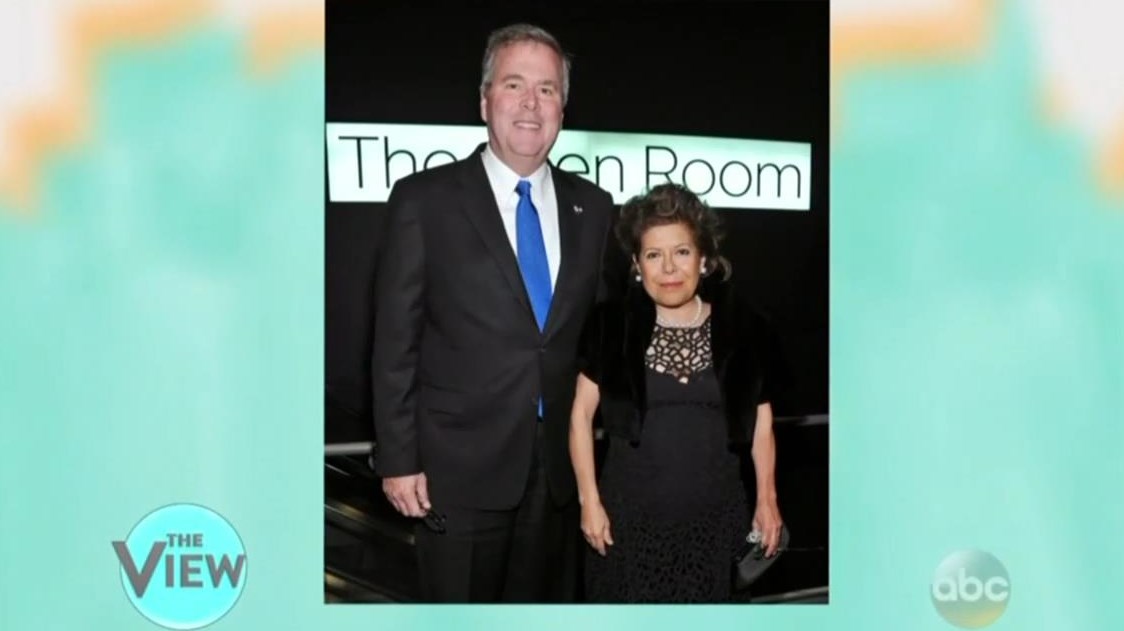 That purchase was part of a pattern by Columba Bush of borrowing to buy tens of thousands of dollars of jewelry at a time from the South Florida store over a 14-year period. Documentation available online, which does not include the details of two transactions made less than six weeks apart in 1995, shows that she spent a total of more than $90,000 at the store.

Jeb Bush’s political team insisted that her tastes and shopping habits should not be an issue. “Mrs. Bush bought jewelry from time to time from Mayors Jewelers over the years. Though not required to be reported, these purchases in 2000 were included as accounts payable on Governor Bush’s financial disclosure that year, and paid off the next,” Bush spokeswoman Kristy Campbell said by e-mail.

Campbell also said that the governor was “aware she made purchases from time to time.”

That kind of spending, though well within his means, may present a challenge for Jeb Bush as he prepares for a presidential run with a message that the playing field between rich and poor is not fair or level.

According to the Post, Columba Bush is a “window into the officeholder,” and she compares to Mary Todd Lincoln, who “was known as a compulsive shopper who wore $2,000 dresses.”

Jeb Bush hasn't announced a campaign yet, and the Post is already working on exposing and embarrassing the "compulsive shopper" wife. Barack Obama announced his campaign for the presidency on February 11, 2007 in Springfield, Illinois -- trying to tie himself to Lincoln. And yet, the Post offered no profile of Mrs. Obama until May.

On May 8, 2007, the headline of a news story on page A-3 was “Wife Touts Obama's 'Moral Compass'.” Experience in office was overrated, she claimed in New Hampshire. On May 11, the Post put Mrs. Obama on the front page. But reporter Anne Kornblut was generating fluff, no researcher required. The headline was “Michelle Obama's Career Timeout; For Now, Weight Shifts in Work-Family Tug of War.” Kornblut began:

For the first time in her adult life, Michelle Obama is about to be unemployed.

She never aspired to be a stay-at-home wife or mother. For years she wrestled with the issues that many professional women with families face, chiefly whether to quit her job. Now, that is what Obama, 43, has decided to do. And though she will hardly be homebound, she admits to being conflicted.

"It is very odd," she said of the prospect of interrupting her career, during one of her first one-on-one interviews since her husband, Sen. Barack Obama (D-Ill.), announced he is running for president. 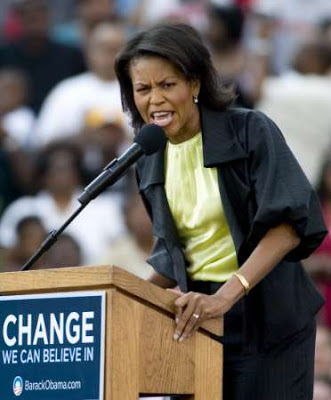 "Every other month [since] I've had children I've struggled with the notion of 'Am I being a good parent? Can I stay home? Should I stay home? How do I balance it all?' " she said. "I have gone back and forth every year about whether I should work." When she finally winds down her duties as vice president of community and external affairs at the University of Chicago Hospitals in the days ahead (she was promoted to the position soon after her husband joined the Senate), she said, it "will be the first time that I haven't gotten up and gone to a job."

The Post found nothing interesting in that job at the University of Chicago Hospitals. There were no furrowed-brow sentences from the Post about how it could become a “challenge” that the wife of a new Senator got her income tripled, which might smell like a bribe?

A peek at David Freddoso's book The Case Against Barack Obama adds context. As the Chicago Tribune reported in 2006, “Michelle Obama was promoted to vice president for external affairs in March 2005, two months after her husband took office in the Senate. According to a tax return released by the senator this week, the promotion nearly tripled her income from the hospitals from $121,910 in 2004 to $316,962 in 2005.”

In March 2008, the Tribune discovered Senator Obama delivered a big earmark to the wife’s employer, underlining a quid pro quo. “On a list of 2007 earmarks that he disclosed was a $1 million request for the University of Chicago Medical Center, where his wife, Michelle, is a vice president. Obama told the Tribune editorial board that the university is ‘a major constituency of ours,’ so he didn't think he should ‘recuse’ himself. Still, he said, the earmark is ‘probably something that we should have been passed on to ... Durbin.’

But the Post introduced Mrs. Obama to readers as someone who just happened to earn $275,000 a year (no Senator’s-wife raises worth mentioning):

Her friends and associates describe her as a mother, wife and daughter first (her mother still lives nearby), but they quickly bring up her community activism. She quit the law firm to work for Chicago Mayor Richard M. Daley (D) in 1991 and has worked in public service jobs since. She gave birth to their older daughter, Malia, in 1998. In the intervening years she moved into positions of ever-greater authority, and she was earning almost $275,000 a year before scaling back her duties this year. Work became increasingly important, but not for her own identity, according to her friend Jarrett. "I think part of why work has been so important to her, and why she considers herself a professional, is that she cares passionately about what she does," Jarrett said.