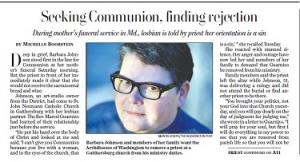 Which offense is more serious? Denying a lesbian communion at a Catholic funeral? Or a female Episcopalian bishop hitting and killing a bicyclist? The Washington Post has picked (A). In 2012, they splashed across the front page (with a picture) that lesbian activist Barbara Johnson was denied communion at her mother's funeral.

On December 30, the Post buried a hit-and-run-bishop story on page B5 with the headline “Bishop put on leave after fatal crash: Episcopal diocese says Heather Cook drove car that killed bicyclist.”

The No. 2 Episcopal bishop in the Diocese of Maryland has been placed on administrative leave after she was involved in a car crash Saturday that killed a bicyclist.

Bishop Heather Elizabeth Cook, who is the bishop suffragan, or second bishop for the diocese of Maryland, which is headquartered in Baltimore, left the scene but returned later "to take responsibility for her actions," her bishop said in a statement.

Baltimore police said Monday that they are investigating a fatal car crash that killed Thomas Palermo, 41, a father of two and a computer specialist who ran a bike shop out of his garage. Palermo, whose family lives in Baltimore County, was on a recreational ride, said his brother-in-law, Jeff Hulting.

Police did not identify the driver, saying in a statement that they were interviewing a 58-year-old woman who "left the scene but returned back to the scene during the investigation." No charges have been filed.

In an e-mail, police said they had received a number of requests for information about the accident but would not release any additional information at this time "in order not to jeopardize any potential prosecution."

However, Bishop Eugene Taylor Sutton, who leads the diocese, identified Cook as the driver.

In the letter, Sutton said Cook returned to the scene "after about 20 minutes to take responsibility for her actions." However the Baltimore Brew reported that her car had been chased by other bikers and only returned because of that.

"It's a terrible deal," Hulting said of Palermo. "Maybe she just came to her senses and said, 'I have to claim this,' or maybe she realized, 'I won't be able to get away with it.' " 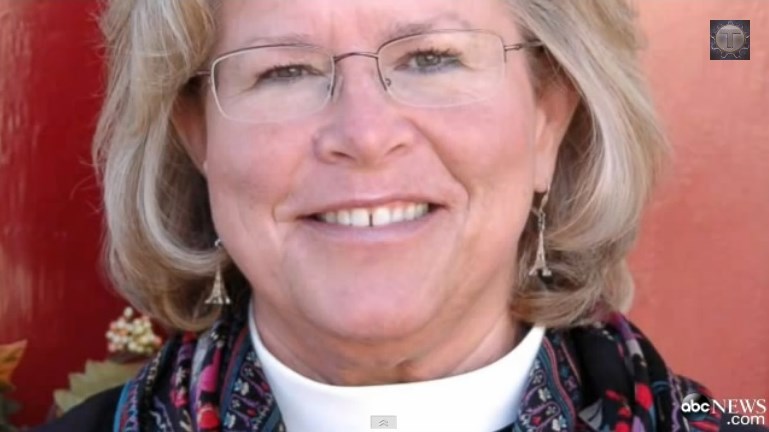 Cook was elected bishop suffragan in May and is the first female bishop in the diocese, which includes central, western and part of southern Maryland. Washington's close-in Maryland suburbs are part of the Diocese of Washington.

Cook's attorney, David Irwin, confirmed the investigation and said she was "distraught about the death of the cyclist, naturally. She is praying for him and his family." Irwin said he had no comment on the specifics of what happened Saturday, saying he was "in the early stages of evaluating."

Court records show that Cook received "probation before judgment" in 2010 for a drinking and driving charge on the Eastern Shore, where she worked before becoming a bishop. She had been charged at the time with possession of marijuana paraphernalia as well. But those charges were dropped, and she successfully completed her probation.

On December 31, The Post ran another story on page B6 headlined “Bishop involved in fatal crash had a DUI arrest in 2010, and diocese knew.”

Leaders in the Episcopal Diocese of Maryland who this spring made Heather Elizabeth Cook a bishop - the diocese's first female bishop - knew the ugly details of her 2010 drunk-driving arrest but determined "that this one mistake should not bar her for consideration as a leader," the diocese said in a statement Tuesday.

Now the diocese finds itself under fire after Cook's acknowledgment that she was involved in a crash on Saturday that killed bicyclist Thomas Palermo, the father of two small children. Cook left the scene but returned later, Bishop Eugene Taylor Sutton said in a statement Monday.... 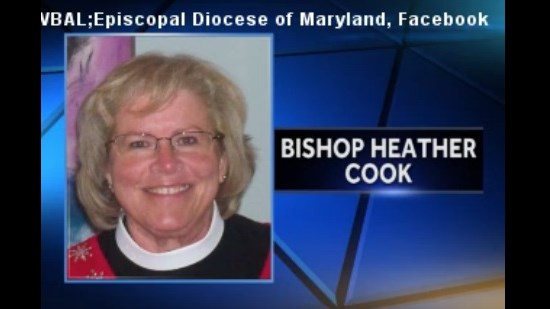 According to records released Tuesday by the Caroline County sheriff's office, Cook - who was then assigned as a priest on the Eastern Shore of Maryland - was pulled over at 1:15 a.m. in September 2010 and was too intoxicated to complete sobriety tests. She had vomit on her shirt, the report said, and one of her four tires was shredded down to the rims. Cook told the officer she was driving from Canada and had drunk alcohol and smoked marijuana while driving, according to the police report.

Cook later submitted to a blood-alcohol breath test and recorded a 0.27, far above the legal limit.

Church leaders who knew of Cook's 2010 arrest did not return calls Tuesday asking for more details about their decision to install Cook, the daughter of an Episcopal priest. Diocesan spokeswoman Sharon Tillman said the co-chairs of the selection committee and the diocese's chancellor knew of the incident, but she couldn't confirm who else knew.

Several people who were part of the bigger convention that voted for Cook this spring said they were not told about the arrest.

Cook was initially charged with driving under the influence, reckless driving and possession of marijuana, among other charges, but received "probation before judgment" and completed her probation.

The diocese's statement Tuesday said Cook disclosed the 2010 case to those considering electing her a bishop in the Episcopal Church, a small but historically prominent American Protestant denomination.

"After extensive discussion and discernment about the incident, and after further investigation, including extensive background check and psychological investigation, it was determined that this one mistake should not bar her for consideration as a leader," the statement reads. "We, too are all filled with questions for which there are still no answers, and we are all filled with anger, bitterness, pain and tears. Our thoughts and prayers right now are with Mr. Palermo, his family and friends, and the bicycling community. And, we continue to pray for Bishop Cook in this time of her tremendous grief and sorrow."

Many Baltimore-area cyclists have been focused since Saturday on the case, noting that Cook left the scene after the 2:30 p.m. crash, despite having a heavily broken windshield. Sutton's letter said Cook returned to the scene "after about 20 minutes to take responsibility for her actions." However, cyclists on several Baltimore news and biking sites said that her car was chased by other cyclists and that she returned only because of that.

The Barbara Johnson communion scandal kept drawing stories on page B-1 or in the A-section, unlike these hit-and-run bishop stories in 2012 (not counting editorials):

The Washington Post also creditably stuck to the story of Rabbi Barry Freundel and his improper taping and exploitation of unclothed women in ritual baths. That's repeatedly been a B-1 story. So for what reason -- other than feminist ideology -- is this story being buried in the back?