Greta Asks: Why Is Sharpton Getting a Pass on Taxes from Obama's IRS?

The New York Times investigated the finances of MSNBC host Al Sharpton and his National Action network and  found “$4.5 million in current state and federal tax liens against him and his for-profit businesses...Mr. Sharpton has regularly sidestepped the sorts of obligations most people see as inevitable, like taxes, rent and other bills,” and yet Sharpton “traveled first class and collected a sizable salary.” 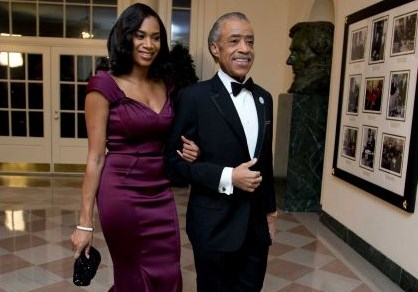 Why should Reverend Al Sharpton getting a pass from the IRS and the White House? (and the NYC Mayor!)

1. Why hasn't the IRS garnished Reverend Al Sharpton's MS/NBC pay for all his back taxes? Reports are that he owes more than 4 million dollars in back state and federal taxes.

2. And why does the Obama Administration continue to invite him to the White House for his advice while he has outstanding this reported (New York Times) tax debt? Why not make him pay up, and then invite him?

I have read article after article that Reverend Al Sharpton owes lots and lots of back taxes -- that means he owes you. And, to the extent he is not paying his taxes, you are picking up the tab.

And until he gets current in his debt to the taxpayer, he should not have "most favored nation" status with President Obama and the White House.