The most dishonest advertising in The Washington Post isn’t selling soap or shoes or automobiles. It doesn’t come phonier than this: “Jennifer Rubin writes the Right Turn blog for The Post, offering reported opinion from a conservative perspective.” 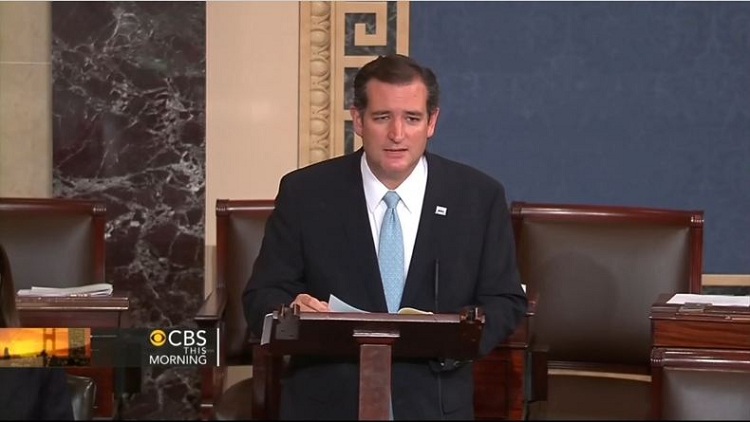 Rubin spent 2012 insisting that every conservative presidential contender was unelectable except Mitt Romney, who was neither conservative nor electable, as it turned out. Rubin’s still at it, as in her latest screed from Sunday, headlined “Senate passes spending, GOP still despises Ted Cruz: The cromnibus passes despite Ted Cruz's ego trip.”

Which part of the GOP? The wing of the party that endorsed Barack Obama in 2008? Notice how Rubin sounds very much like your standard-issue liberal Post reporter, suggesting the "far right" is going to ruin the Republican Party. Just like she saw sweet victory in Romney, she was wrong in thinking Ted Cruz's Obamacare filibuster would kill GOP hopes in 2014:

The vote and drama that preceded it were indicative of the upcoming shift in power in the Senate, not only from Democratic to Republican but from cranks on the far right to constructive conservative legislation. Cruz can annoy and grandstand, but he no longer will affect outcomes of legislative fights, and his reputation as a showboating dilettante is cemented.

The notion that he alone would obtain a referendum on the president’s immigration executive action was preposterous. The House has already condemned it and when Congress returns with Republican majorities in both houses, they can vote to reverse it. Cruz surely knows better, but his insatiable appetite for attention and belief that average voter won’t see through his stunts are evident even to casual political observers.

Cruz likes to say he is “leading”; he seems not to know the difference between leading and preening....

In the new Senate, Cruz can expect less and less indulgence from fellow Republicans. That only 22 senators joined him in his constitutional point of order suggests he is neither feared nor respected. In reminding everyone — in case they forgot the 2013 shutdown — Cruz cannot even get along with members of his own party, he reminds responsible Republicans how ludicrous it would be to put him in the White House. The man who has come to define the dysfunction and nastiness voters loathe about Beltway politicians is going to have quite a tough time convincing voters he is the answer to the strife and incompetence of the Obama years.

An actual conservative blogger would point out that it’s a little odd for Republicans to take over the Senate and add seats to the House as they opposed amnesty and Obamacare, and then betrayed both campaign stands in the first spending bill after the electon. Jen Rubin’s blog should be called “Establishment Turn,” spinning the news from a “liberal  Republican perspective.”