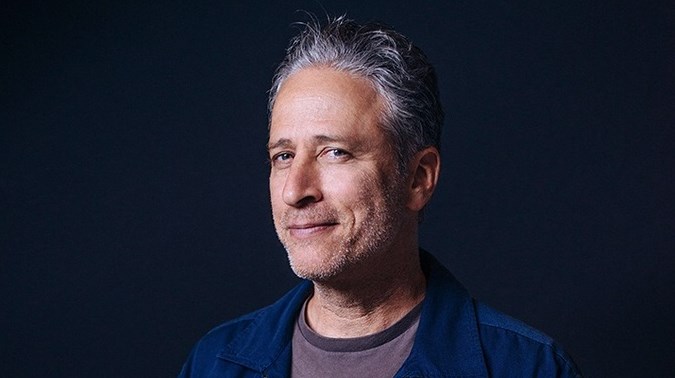 The Sunday newspaper supplement Parade magazine put Jon Stewart on the cover to provide the typical boosterism for his movie Rosewater, complete with supine praise about his role as "fake" newsman. "Jon Stewart Gets Real" was the headline.

A look at the box office for the first weekend showed Stewart's film was roughly in the same category as Kirk Cameron's evangelical-Christian movie Saving Christmas, although you wouldn't know that since Stewart is the darling of the secularists. Both movies grossed around a million dollars in the first weekend and are showing in around 400 theaters.

Parade's Beverly Keel began with the notion that Stewart's eight-year-old son Nathan, the precocious lad, picked Iranian journalist Maziar Bahari as a hero for his story assignment in grade school. He did that because Bahari is the friend of Stewart's whose story is Stewart's torn-from-the-headlines movie.

Keel really digs into the sugar bin in this section:

Although Stewart has maintained in the past that he’s a comedian, not a journalist, he increasingly blurs those lines. Regardless of material, whether it is fact or fake news, he is a modern-day storyteller, armed with the latest in technology and the oldest of sensibilities of fairness and common sense.

He tells the truth and attacks hypocrisy with surgical precision, behavior that is especially appealing to younger viewers. Indeed, surveys reveal that the majority of those under age 35 cite The Daily Show, his late-night satirical TV series on Comedy Central, as their primary source of television news.

“Journalism and satire aren’t necessarily dealing with separate subjects or intentions,” Stewart says. “We use a different set of tools than they do, and the tools we use wouldn’t necessarily meet with journalistic approval. Satire uses hyperbole, Photoshop, exaggeration, puns, the scatological. The language of satire is a very different animal than the language of journalism.”

Whatever language he uses, it is translating into ratings and cultural relevance.

Parade is exaggerating on the ratings. Stewart generally draws about 1 to 1.2 million viewers, less than ABC's Nightline draws at 12:30 in the morning. It typically gets beat by a second airing of The O'Reilly Factor.

Keel then noted that NBC executives sniffed around Stewart while they were pondering changes to Meet the Press, what with those terrific ratings:

That’s why NBC News president Deborah Turness contacted the “fake” journalist during her search to replace David Gregory on Meet the Press, according to recent press reports stating that NBC was “ready to back the Brink’s truck up to hire him.”

That's the closest Parade gets to noting Stewart makes more than $25 million a year.