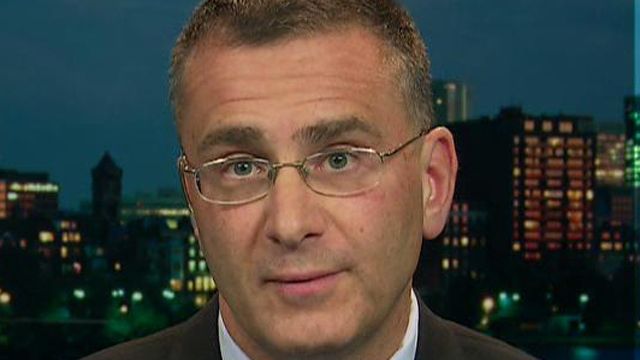 National Journal senior political columnist Ron Fournier – a former Washington bureau chief for the Associated Press – continued his critique of Team Obama from the middle of the media elite in an article on the Jonathan Gruber brouhaha titled “Obamacare’s Foundation of Lies.”

Fournier ripped into a defensive Washington Post account of Gruber’s recent remarks about the devious passage of Obamacare:

"Those comments have struck a nerve on the right," wrote Jose A. DelReal (emphasis added), "with some of the law's critics pointing to Gruber's comments as evidence that the administration intentionally deceived the American public on the costs of the programs."

My first reaction was, "No! No! Not just on the right!" I strongly support bipartisan efforts to expand the availability of health coverage to the working poor, and bending the cost curve that threatens federal budgets for years to come. While I think President Obama and congressional Democrats helped contribute to the 2009 standoff over what became the Affordable Care Act, I've openly rooted for Obamacare's success. I've denounced the knee-jerk opposition from the GOP, a party that once embraced key elements of Obamacare. My ideology is amorphous; I am not "on the right."

In explaining the penalty for ignoring the mandate for health coverage was really a tax, Gruber said, “Call it 'the stupidity of the American voter,' or whatever, but basically that was really, really critical to getting the thing to pass.”

He called you stupid. He admitted that the White House lied to you. Its officials lied to all of us—Republicans, Democrats, and independents; rich and poor; white and brown; men and women.

Liberals should be the angriest. Not only were they personally deceived, but the administration's dishonest approach to health care reform has helped make Obamacare unpopular while undermining the public's faith in an activist government. A double blow to progressives.

On top of that, Gruber has helped make the legal case for anti-Obamacare lawyers. In July, a year-old video surfaced in which Gruber said Washington legally withholds money from states that don't create their own health care exchanges. That could be construed by the Supreme Court to buttress the case against health insurance subsidies....

And so even I have to admit, as a supporter, that Obamacare was built and sold on a foundation of lies. No way around it, unless you're willing to accept a political system that colors its lies—the reds, the whites, and the blues.

Even "Politifact" came around on that one.