USA Today media columnist Michael Wolff let MSNBC have it with both barrels in a column headlined "MSNBC Loses Election." Wolff asked “Is a vote against a political party also a vote against the network that supports it?”

He suggested the sinking fortunes of the Democrats “have been pretty accurately charted in the declining ratings at MSNBC,” which unsurprisingly fell 22 percent from their 2010 midterm ratings in the important demographic of 25-to-54. (It couldn’t have helped for Joy Reid to announce in the afternoon that she couldn’t imagine what the good news would be.) This is the main thought: 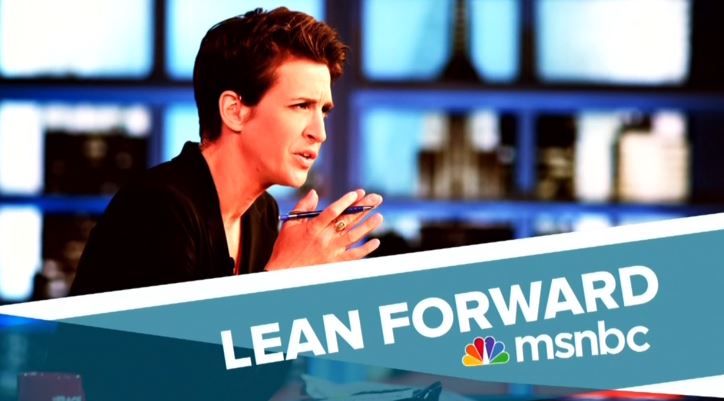 MSNBC's problem is almost exactly the same as the Democrats' problem: It built its future around a vivid and dramatic hero who, unfortunately, turned out to be both opaque and conflict averse. MSNBC now has a lineup of ever-righteous and often sulky defenders of President Barack Obama, who seem, not just to conservatives but to many liberals, too, bizarrely tone deaf and lost in time.

Wolff has written a book about Rupert Murdoch, and although he's a liberal, he admires how Murdoch succeeds. So MSNBC isn't going to be able to exploit being in the minority like Fox News would:

In the past, when the Republicans have lost, Fox has doubled down on outrage and fervor. This seems harder to do in the stub years of the Obama term. It's not just an Obama problem, but a Hillary problem, too.

In character terms, the problem is making Obama sympathetic and compelling when he appears not to want to be either of those things. In dramatic terms, the problem is that he seems inclined to shrink in the face conflict rather than rise to it. Who really is eager to watch the Obama show?

Then, in a major setback for MSNBC, the upcoming presidential election, ordinarily a reliable narrative of shifting alliance and oddball characters and, ideally, uncertain outcome, is frozen in place by Hillary Clinton. There is no story as far as the Democrats are concerned. There is nothing to unfold.

Who, but a dedicated masochist, will diligently watch that show? Clinton is a purposeful non-character. And what she stands for, largely some grand establishment return, is the opposite of the sense of insurgency that makes for political storytelling.

As one should expect, Wolff found that MSNBC president Phil Griffin is no Roger Ailes, and MSNBC can't just ape Fox. Griffin is doomed.

Griffin has painted himself into a corner like political parties so often do, losing the base, and yet without the philosophical wherewithal to appeal to a larger group. There is the broken clock theory of politics and cable programming, in which, if you just keep doing what you're doing, the zeitgeist returns to you. But politicians and media executives, swimming against the tide, usually lose their jobs before their hour returns.