One of the Republican winners in Nevada on Tuesday was Attorney General-elect Adam Laxalt, the 34-year-old grandson of former Sen. Paul Laxalt, 91. This came despite the local media favoring his Democratic opponent, Ross Miller. 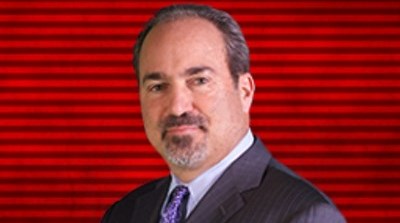 Ciara Matthews at NevadaWatchdog.org reported that the state’s top political reporter, Jon Ralston of the Las Vegas Sun, was “instrumental” in helping Miller’s dad write a memoir, but he never disclosed it in his reporting on the A.G. race. From Bob Miller’s acknowledgements:

Importantly, I also thank my friend Jon Ralston… I am so honored that Jon agreed to help me in this endeavor. He provided immense help in shaping my unrefined vision of the parallels between my life’s progression and that of Nevada. He played an invaluable role in transforming a very raw draft into my life story. I deeply appreciate his help… I certainly owe him thanks for his instrumental assistance in the pages that follow….

Ralston hammered Laxalt not only in the Nevada media, but here in Politico magazine in July: “As one prominent Nevada Republican puts it, if his name were Adam Smith, this race would be a total joke.’ But his name is Adam Laxalt, and that’s why Democrats aren’t laughing.”

Here’s a Ralston headline from August: “AG hopeful Laxalt was described in law firm evaluation as a ‘train wreck,’ borderline incompetent to practice.”

Intermountain West Communications Company and three of its local NBC news stations donated $40,000 to the campaign of Democratic attorney general candidate Ross Miller, according to the latest contribution and expenses report filed by Miller.

KRNV in Reno, KENV in Elko, and KSNV in Las Vegas and their parent company gave $10,000 each, the maximum contribution allowable by law, on Oct. 17, the day before early voting began in the state, the report says.