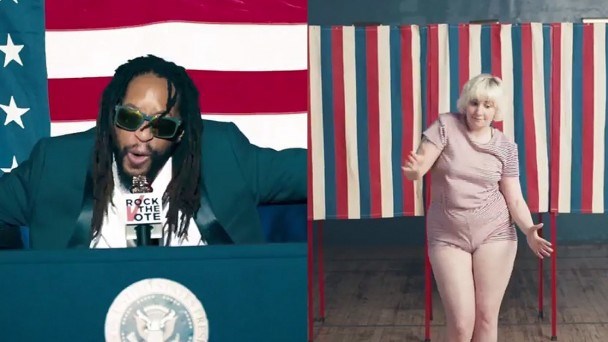 In just the latest demonstration of celebrity hypocrisy, a pile of the celebrities who appeared in their “Turn Out For What” PSA did not vote in the 2010 midterm elections.

The Washington Post was unable to locate voting records for six others who appeared in the PSA, including Lil Jon.

Rock the Vote tried to dig out of its hole by saying hey, these stars are supposed to vote this time:

"Rock The Vote's approach is forward-looking," said Audrey Gelman, a spokeswoman for the group, in an e-mail to The Washington Post. "The talent who participate in our campaigns are registered to vote and have pledged to turn out this Tuesday and in upcoming elections. We believe individuals who have missed opportunities to vote in the past should not be disqualified from committing to participate in the political process in the future, and helping spread a positive message of civic engagement."

Conservatives hope this trend of celebrity non-voting continues this year.