Chuck Todd Comes Under Fire in Facebook Chat: 'I Am Stubbornly Neutral'

Despite the Old Media's distaste for social media, NBC Meet the Press host Chuck Todd tried a hangout on Facebook on Friday afternoon, and found most of the harassment came from people who called him things like a "reich wing sympathizer." Todd called using that word "disgusting."

A conservative then asked, "How does it feel after years of cooperating with [the DNC], you get on one democrat and the liberal internet morons jump all over you? I find it funny." Todd replied, "i see what you did there...I am stubbornly neutral. Stop trying to put everyone into one of two columns."

On the overall campaign: The national political atmospherics indicate that it is going to be a good night for the GOP... and you have to make the Republicans the favorite to win control of the Senate. But Democrats are hanging a lot tougher than many folks thought they would. Here we are, less than 3 weeks out and it is still difficult to put together the race-by-race 6 seat path for the GOP. Again, the GOP is the favorite, but I'd say by no more than a field goal... so maybe a 60-40 chance...angry electorate means unusual results...

On upsets: Well, anything we identify this far our won't seem like an upset anymore, right? I think if Kansas elects an independent to the U.S. senate, that's a HUGE upset in the grand scheme of things. Sure, we can see it is possible, but if Orman wins, that's an historic upset... 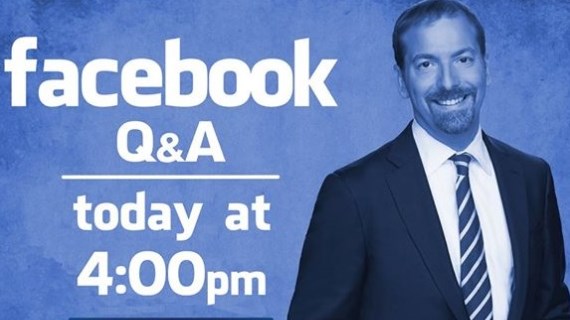 On 2014 effects on 2016: Actually I do. All on the GOP side of things. Obviously, there's Scott Walker who if he loses, no longer is a viable 2016er. Then there's Jeb Bush. I've long assumed he is not running. BUT, if Republicans do NOT win the Senate, I think an intra-party bloodbath is going to take place. And under THAT scenario, I could picture Jeb deciding he could run with his stances that some conservatives hate (including Common Core and immigration) because the party will be in a MAJOR debate anyway. And Jeb would want to represent the more pragmatic wing of the GOP.

Todd is sticking with his general view that it's always the Republicans who are in danger of a "MAJOR" rift.

When asked about Ebola conspiracy theories coming from Republicans, Todd replied, "There are a lot of irresponsible things being said by folks running for office. Nothing worse right now than mixing the immaturity of Social Media, with the campaign season and a public health crisis."

He attacked the "immaturity of Social Media"....in a Facebook chat.