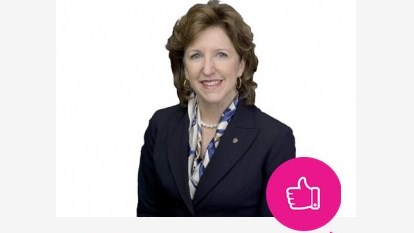 James Hohmann of Politico reported on “a nearly million-dollar" ad buy by Planned Parenthood to boost Democratic senators Kay Hagan and Mark Udall, spending a half-million dollars in the Raleigh TV market for Hagan and $400,000 in Denver for Udall.

Like your average blinkered liberal journalist, Hohmann paints the pro-life Republicans as “strident” while Planned Parenthood is simply a “women’s group.”

Colorado Rep. Cory Gardner and North Carolina state House Speaker Thom Tillis are challenging incumbent Democratic senators in purple states with lots of swing, college-educated female voters. Taking heat for their strident opposition to abortion, each recently came out publicly for letting women buy the pill without first getting a prescription from a doctor.

Gardner, who renounced his past support for Colorado’s polarizing Personhood amendments after becoming a statewide candidate, is even running an ad touting this position.

It sounds progressive on the surface, but women’s groups say it actually would force women to pay out of pocket for medications now covered by insurance companies under the Affordable Care Act. On average, they estimate a woman would need to pay $600 more a year out of pocket.

Hohmann doesn’t find it “strident” that Hagan has a 100 percent pro-abortion record with NARAL Pro-Choice America, and so does Udall. They’re apparently not “strident” in pleasing NARAL's vote-counters by imposing contraceptive subsidies on religious employers, and not “strident” in opposing the involvement of parents when children seeking abortions cross state lines.

He doesn’t note that the Susan B. Anthony List paints Hagan as the extremist in North Carolina, unveiling an ad back in June:

But a search of Politico’s website suggests Hohmann hasn’t noticed the SBA List since last November. Hohmann writes a story as if he were the paid P.R. representative of Planned Parenthood. There are no quotes from Republicans or pro-life activists, only the pro-abortion side:

Hohmann can’t even manage to locate Planned Parenthood’s profit motive in the abortion-industrial complex: they have nine “health centers” in North Carolina and 22 in Colorado.