Big Tech has worked hard to influence the 2020 presidential election to aid the left.

The major social media sites have restricted conservative content, censored the president of the United States and even silenced content from a major news organization because it embarrassed the Democrat nominee.

The same type of censorship has fallen on conservatives and pro-Trump posters for questioning the vulnerabilities of mail-in voting and voicing their concerns that mailing votes could lead to voter fraud and errors, despite the fact liberal outlets have acknowledged this in past elections. 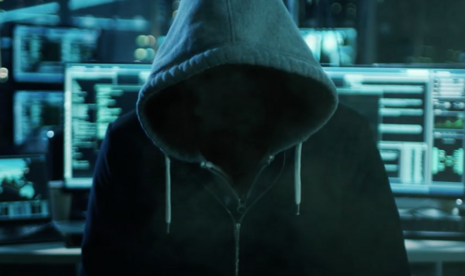 Liberal Google researcher Dr. Robert Epstein, a senior research psychologist at the American Institute for Behavioral Research and Technology, has warned that Big Tech could change the course of the election. Epstein also recently stated that Google may be “shifting power” to flip the Senate.

Epstein has specifically warned that Big Tech is capable of targeting individuals: “Google and Facebook have millions of pieces of information about every American voter, and they will be targeting their manipulations at the individual level for every single voter in every swing state. No one in the world except Google and Facebook can do that.”

Here are the top 8 ways social media companies have tried to influence the election:

The most damning evidence that Big Tech has rigged the election is that it worked to silence the biggest political scandal in recent history.

Big Tech companies recently made headlines for censoring a New York Post article. The shocking revelation released by the Post on Oct. 14, cited purported emails from Democratic presidential candidate Joe Biden’s son Hunter and reportedly exposed the alleged scandalous dealings of both father and son in the Russia-bordering state of Ukraine.

Facebook responded by reducing the story’s circulation on its platform, crippling its ability to spread. Twitter responded by disabling the link to the story, claiming: “Warning: this link may be unsafe.” Twitter then censored the Post, White House Press Secretary Kayleigh McEnany, the Trump Campaign, and even the House Judiciary (a part of the United States government) for sharing the story.

2. Overwhelmingly Censoring Trump Over Biden: 65 to 1

Big Tech has caused serious damage to Trump’s ability to be heard on social media.

Twitter and Facebook have censored the president’s social media accounts and the accounts belonging to his re-election campaign at least 65 times. In contrast, the companies have not censored Biden and his campaign accounts — at all.

Conservatives are censored in 2020 for criticizing mail-in voting’s susceptibility to fraud and error, but liberal media outlets made the same critiques in past elections when it served their interests to do so.

The liberal media, Big Tech, and the political establishment have teamed up in an unholy alliance to silence conservatives’ concerns that mailing in votes could lead to voter fraud. Trump was fact-checked by Twitter for condemning “Mail-In Ballots” as “substantially fraudulent” in May. Since then, Big Tech has continued its scorched earth policy against Trump and fellow conservatives for questioning the vulnerabilities of mail-in voting.

GOP Chairwoman Ronna McDaniel called out Twitter for censoring critiques of mail-in voting earlier this year: “Twitter falsely claims there is no evidence of mail-in ballot fraud.” She added: “That’s odd since NJ’s all-mail primary this month was ‘plagued’ by fraud concerns, with 3,000 votes set aside.” She later noted that “Ballots were stolen out of mailboxes.” Included in the tweet was a NBC article headlined: “Close Results In Paterson Vote Plagued By Fraud Claims; Over 3K Ballots Seemingly Set Aside.”

Outlets across the political spectrum have recently announced mail-in voting errors and fraud in multiple states.

A majority of Big Tech company employees appear to have voted with their wallets for Joe Biden.

Twitter has infamously allowed blatant Chinese propaganda to be spread among Americans.

Two such examples of this would be when Twitter allowed a Chinese official to scapegoat the U.S. Twitter allowed China to scapegoat the American military as the source of the virus when Spokesperson & Deputy Director General, Information Department, Foreign Ministry of China Lijian Zhao posted articles suggesting the Wuhan virus originated in the United States. Zhao speculated in a tweet: “It might be US army who brought the epidemic to Wuhan.” The Chinese Embassy in France uploaded an absurd, lego-based propaganda video at 10:54 a.m. Apr 30. The Ambassade de Chine en France’s video “Once Upon a Virus…” featured numerous demonstrably untrue myths, acting as if the Chinese communist government and World Health Organization (“WHO”) have both been forthcoming about the nature of the COVID-19 pandemic.

WHO was too reliant on Chinese authorities, and misinformed nations around the globe that there was “no clear evidence of human-to-human transmission” of COVID-19 as late as January 14.

Meanwhile, Big Tech companies like Facebook have actively censored articles speculating on China’s role in spreading the virus. Facebook censored a Fox News article with the damning claim from a “top virologist and whistleblower” that “the Chinese government intentionally manufactured and released the COVID-19 virus that led to mass shutdowns and deaths across the world.”

The only standards that Big Tech have on misinformation appear to be double-standards.

An embarrassing clip of then-Democratic presidential front-runner Joe Biden stammering during a speech had been spun by the liberal media as “manipulated media.” The clip, posted on March 7 by White House social media director Dan Scavino, showed Biden stammering: “Because we can not get re-elect, we can not win this re-election. Excuse me, we can only re-elect Donald Trump.”

Meanwhile, Twitter has allowed deceptively edited clips of Trump to circulate across the internet.

“According to emails reviewed by The Hill, the Trump campaign flagged new content on Twitter that it said had been deceptively edited,” The Hill’s Jonathan Easly wrote on March 16. One video in question was shared by Mike Bloomberg’s former senior adviser Tim O’Brien and featured audio clips of Trump’s words spliced together and taken out of context, set to a rising graph showing “Confirmed Coronavirus Cases in US.” Biden tweeted a video with similar language. The most damning part from the videos was Trump saying, “Coronavirus” edited together with “this is their new hoax,” as if Trump were denying the existence of the disease. This was not the case, and it was openly used to damage Trump’s reputation amidst a pandemic.

Google flip-flopped on its ad policies after massive pushback by liberals who complained that they could specifically benefit the Trump campaign. YouTube, a sister company to Google, has also been infamous for its liberal bias. YouTube had removed over three hundred ads from Trump’s reelection campaign over the Summer of 2019 alone.

Guerilla journalism group Project Veritas published a video showing Google Responsible Innovation Head Jen Gennai suggesting that “breaking up Google” would not “prevent the next Trump situation.” She also mused how changes in Google’s secret algorithms could have prevented his election from happening in the first place.

Donald Trump, Jr. recently accused Google of “election interference” after the search engine giant had reportedly demonetized skeptic news website ZeroHedge and sent a warning that it would take similar action against The Federalist. NBC News alleged that “A Google spokesperson said in an email on Monday that it demonetized the websites after determining they violated its policies on content related to race.” 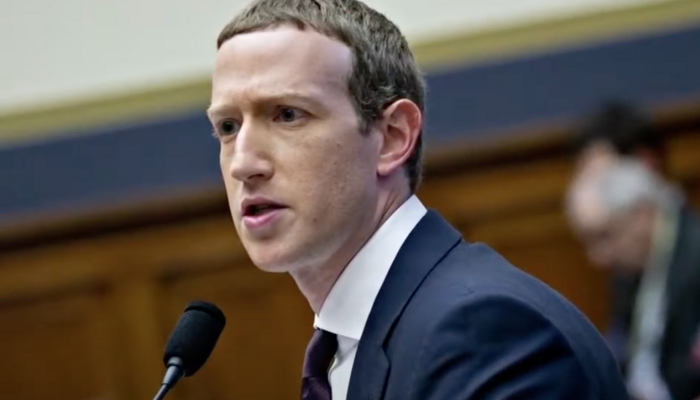