Nothing to See: Stephanopoulos Dismisses New Batch of Hillary E-Mails

George Stephanopoulos and the crew at Good Morning America on Wednesday did their best to dismiss the latest batch of Hillary Clinton's e-mails to be released, insisting that there are "no bombshells." Stephanopoulos in May apologized after it was revealed that he secretly donated $75,000 to the Clinton Foundation, hiding it from his bosses and viewers.

The anchor saw the new e-mails as "revealing new details about the daily life of a top diplomat, some flashes of personality too." Reporter Jim Avila continued the nothing-to-see-here tone, lecturing, "Many of the e-mails mundane, the business of running a vast government agency...  But some reveal a bit of personality."

Stephanopoulos and Avila failed to make the obvious points: Clinton deleted 30,000 e-mails. So, perhaps the non-mundane entries are missing. While speeding through the details, Avila conceded that top Obama officials knew about Clinton's secret e-mail address.

Avila allowed, "High ranking staff from Chief of Staff Rahm Emanuel to political director David Axelrod couldn't find the e-mail in the government directory and had to ask her assistant to provide it." 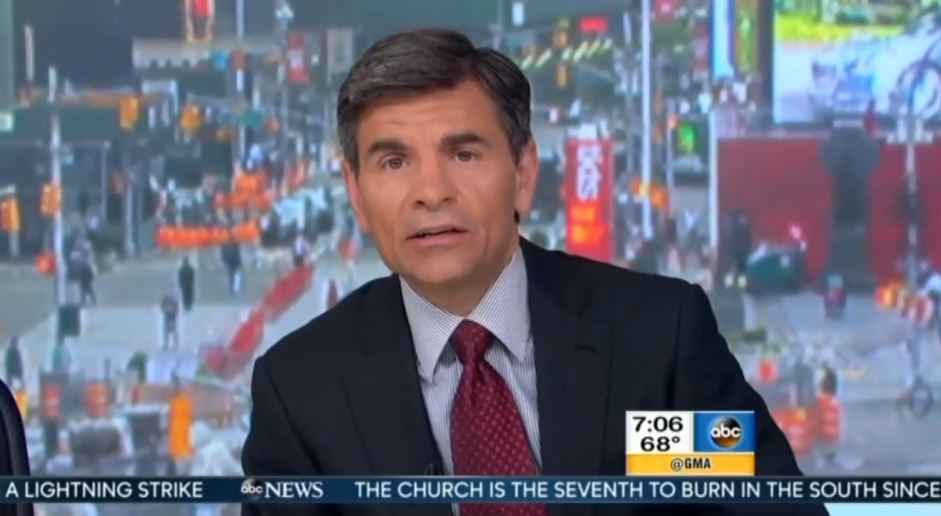 The journalists skipped the point that Axelrod previously denied any knowledge. In June, the former White House senior adviser appeared on Morning Joe and asserted, "I didn't know... [If I had known], I might have asked a few questions about that [the private e-mail server]. I would have had concerns about it."

Over on CBS This Morning, co-host Gayle King echoed her ABC colleagues, declaring the released e-mails to be "ordinary."

GAYLE KING: Reporters spent much of the night reading 3,000 more pages of Hillary Clinton's State Department e-mails. They show that top White House officials knew in 2009 that Clinton was using her private e-mail for government business. Clinton also sent or received at least a dozen classified messages on her private account in 2009. But most of the e-mails released last night were pretty ordinary. Some focused on problems with a fax machine and her Blackberry. 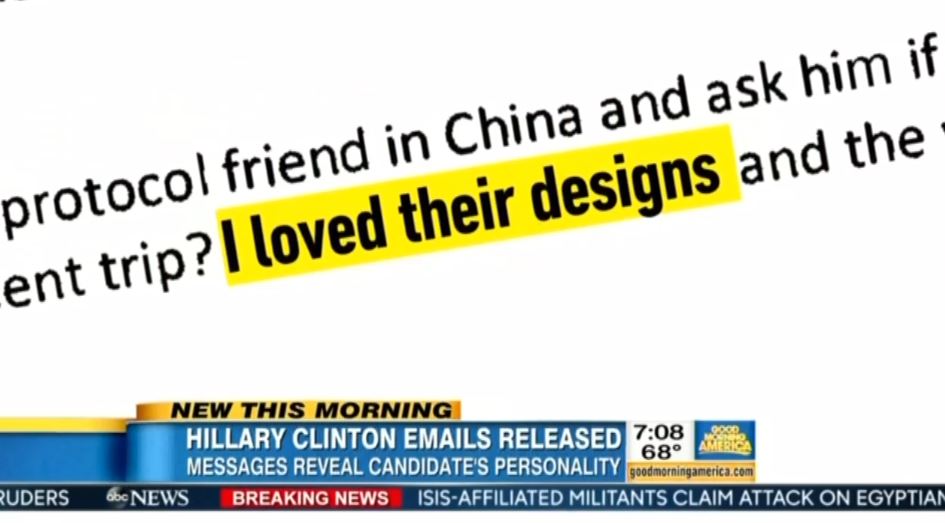 On NBC's Today, Natalie Morales in a news brief noted that the release "leaves little doubt that the Obama administration was aware of her personal e-mail address." She added that "Rahm Emanuel and David Axelrod both had requested Clinton's e-mail."

NBC and CBS, like ABC, didn't highlight Axelrod's past denials or question his honesty.

A transcript of the July 1 GMA segment is below:

GEORGE STEPHANOPOULOS: We’re going to turn now to the latest batch of Hillary Clinton e-mails. Nearly 2,000 from her time as Secretary of State released overnight revealing new details about the daily life of a top diplomat, some flashes of personality too . ABC’s Jim Avila has the story. Good morning Jim.

HILLARY CLINTON: I have said repeatedly I want those e-mails out. Nobody has a bigger interest in getting them released than I do.

AVILA: Many of the e-mails mundane, the business of running a vast government agency, from scheduling meetings to lists of phone calls with foreign dignitaries. Clinton even writing seemingly sarcastically in one, "You know how much I love making calls." But some reveal a bit of personality. In one, Clinton fighting with her fax machine: "I thought it was supposed to be off the hook to work." In another she seems unaware of a cabinet meeting and worried “I heard on the radio there is a cabinet meeting. Can I go?” There is a redacted e-mail titled “only the Hamptons” requesting iced tea and this one loving a Chinese carpet. Clinton emailing with advisors on diplomatic issues. Former President Jimmy Carter urging no agreement on a hostage release. And controversial longtime confidant Sidney Blumenthal, barred by the White House from working for her at the State Department, advising her on numerous foreign policy issues. Now the White House apparently knew Mrs. Clinton had a special e-mail. High ranking staff from Chief of Staff Rahm Emanuel to political director David Axelrod couldn't find the e-mail in the government directory and had to ask her assistant to provide it. George?