George Stephanopoulos's sketchy connections to the Clintons were thrown back in his face on Wednesday. The Good Morning America co-anchor interviewed presidential candidate Donald Trump. During a lightning round on Trump's thoughts about Republicans, Stephanopoulos brought up Hillary Clinton.

The real estate businessman began by calling Clinton's e-mail controversy "scandalous." Trump paused, remembering who he was talking to. The candidate derided, "Of course, you shouldn't be talking to me about that, in all fairness. You shouldn't be asking me those questions, but I don't mind."

In May, it was revealed that Stephanopoulos secretly donated $75,000 to the Clinton Foundation, despite still covering and interviewing Bill and Hillary Clinton.

The full exchange is below: 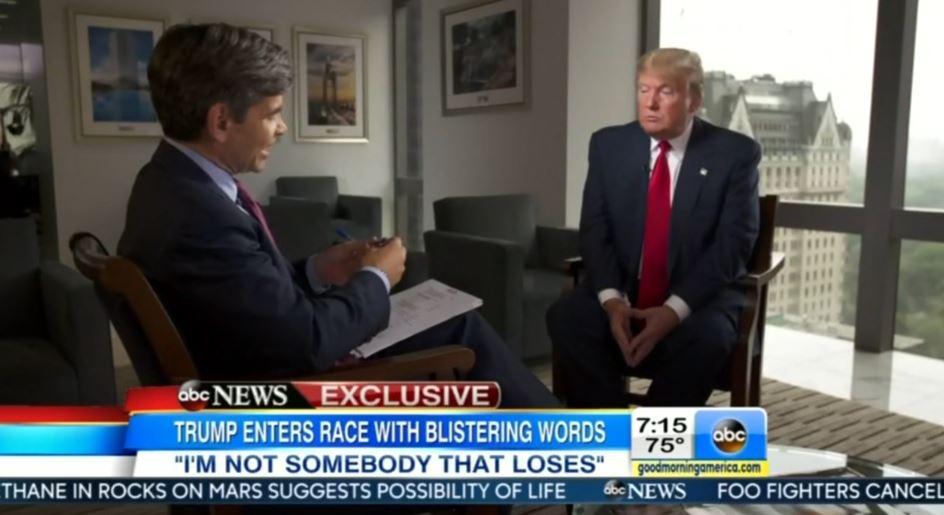 GEORGE STEPHANOPOULOS: How about Hillary Clinton?

DONALD TRUMP:  What Hillary has gotten with the e-mails is, to me, scandalous. She gets a – of course, you shouldn't be talking to me about that, in all fairness. You shouldn't be asking me those questions, but I don't mind. – What Hillary's done with e-mails is incredible. She gets a subpoena and after getting the subpoena, she cancels it. She cancels everything. What she did is illegal. What she did is totally illegal. I don't know how she gets away with it.