The day after Rupert Murdoch announced he was stepping down from some of his roles at Fox, CBS This Morning on Friday brought on an author to trash his successor and son, James Murdoch. Asked by Gayle King what the new CEO is like, Michael Wolff attacked, "James is an arrogant so-and-so and I don't know of anyone who has worked with him outside of the circle whole has had nice things to say about him."

After Wolff described the younger Murdoch as "an expert on everything" who "listens to no one," even co-host Charlie Rose was shocked. He pushed back: "That's a bit harsh, don't you think, Michael? Never listens to anyone?"

Wolff conceded that James might "listen to his father."

In 2011, when the elder Murdoch as attacked and had a pie thrown at him, the CBS Evening News anchor Bob Schieffer found the whole thing amusing, describing it as "getting a taste of humble pie."

A partial transcript of the June 12 exchange is below: 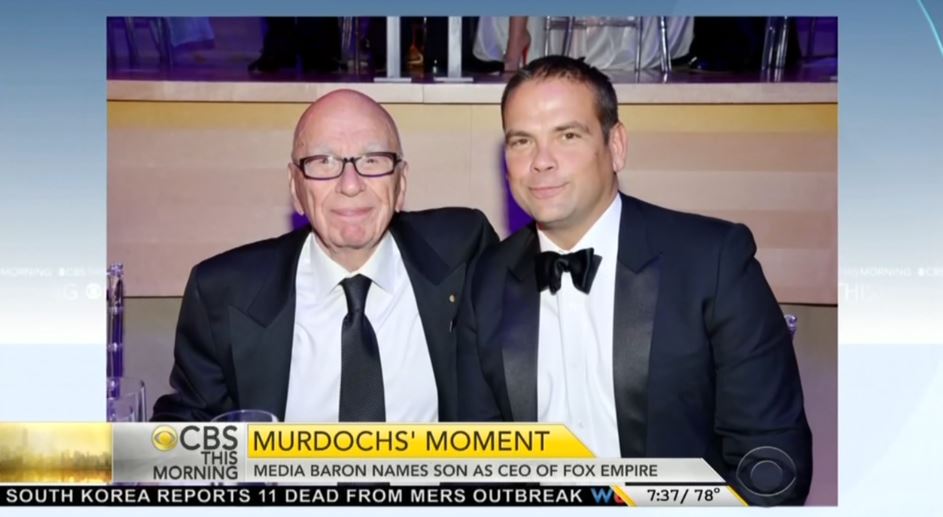 CHARLIE ROSE: Rupert Murdoch this morning is shaking up the family business. The media titan announced Thursday he's stepping down as head of 21st Century Fox before splitting with News Corp. It was part of the world's third media conglomerate. Murdoch will appoint his youngest son James as the new CEO. His older son, Lachlan, becomes the executive co-chairman. Michael Wolff for his biography, The Man Who Owns the News. Welcome, Michael.

ROSE: So, tell me, why, why now and what does it mean? 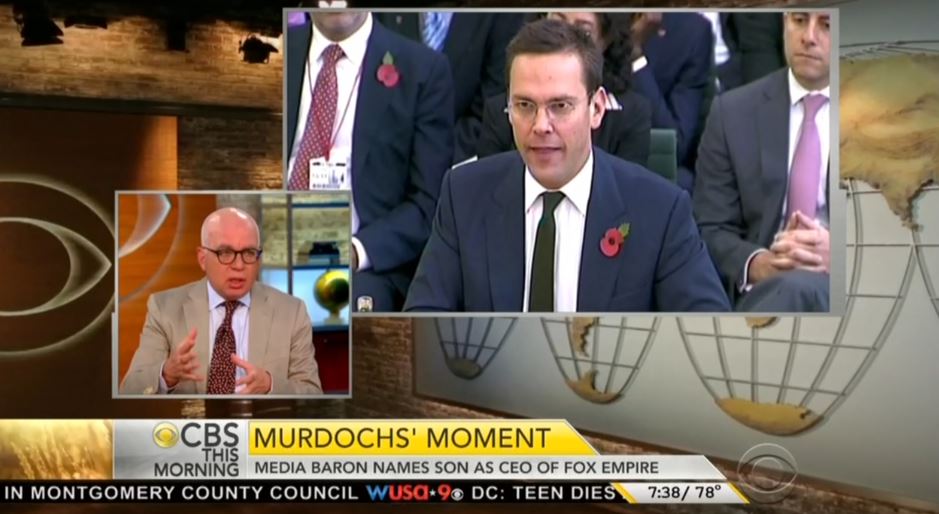 WOLFF: James is an arrogant so-and-so and I don't know of anyone who has worked with him outside of the circle whole has had nice things to say about him. He's a real – I've never met anyone who is such an expert on everything, who absolutely – who listens to no one and maybe, let me say –

ROSE: That's a bit harsh, don't you think, Michael? Never listens to anyone?

WOLFF: Well, he listens to his father.

WOLFF: But, even that – I've seen, actually, James argue with his father, his brother Lachlan -- and here's the thing. Lachlan and James really have sort of similar roles now in the company and they don't particularly get along. Board meetings at News Corp have always been kind of a famous, fest of these two brothers bickering with each other, kind of embarrassing, in fact.