Of the three networks, only ABC on Thursday reported that Barack Obama's administration has transferred five more detainees out of Guantanamo Bay. The network allowed a scant 16 seconds to the news, but CBS and NBC totally skipped it. Good Morning America's Amy Robach briefly summarized "The men were accused of fighting for Al Qaeda. The release sparking protests in Congress."

She added, "Many of the prisoners were transferred to Oman which shares a border with Yemen, a hotbed of al Qaeda activity." Despite a combined six hours of air time, NBC's Today and CBS This Morning couldn't be bothered. Both networks, however, made sure to carry the live announcement of the Academy Award nominations.

Senator Kelly Ayotte said of releasing the terror suspects: "It’s clear that we need a time out." 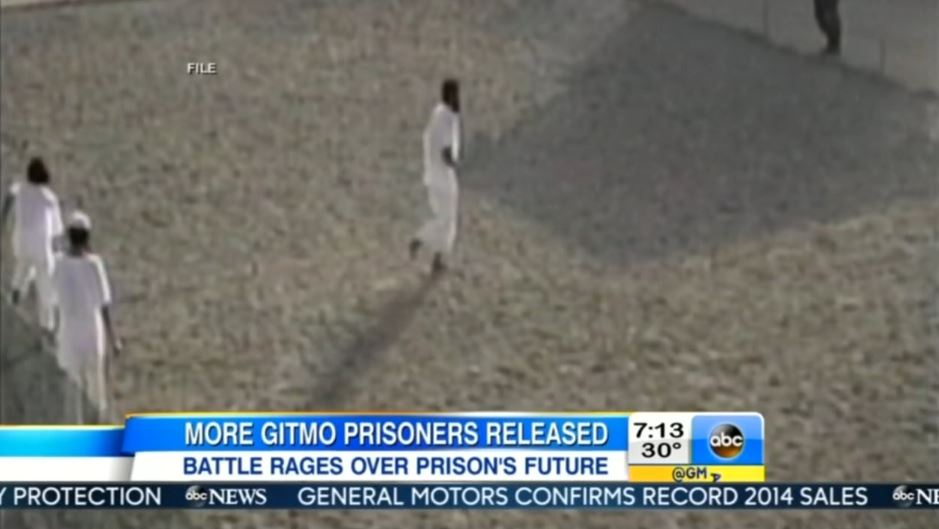 The Senate has also moved to block Obama's ability to continue releasing prisoners. According to CNSNews.com:

“It’s clear that we need a time out,” Ayotte said at a news conference on Tuesday. "Those that have been released from Guantanamo by not only this administration but the Bush administration as well, if you put those numbers together, we have almost a 30 percent suspected or confirmed cases of re-engagement of terrorism of those who have been released from Guantanamo."

On December 7, 2014, GMA offered a similar news brief about the previous release of prisoners:

RON CLAIBORNE: And breaking overnight, six prisoners held in the Guantanamo Bay Prison for more than 12 years, they have now been transferred to Uruguay to be resettled as refugees. There are now 136 prisoners left at Guantanamo, the lowest number since the prison opened for that purpose in 2002.

ABC, again, was the only morning show to cover it. The December 7 CBS Evening News did notice it, but featured detainnee lawyer Ramzi Kassem to complain about the plight of the men: "Unfortunately, as is often the case with Guantanamo, the prisoners end up being effectively hostages to U.S. partisan politics."

CBS failed to include any opposition to the release in the segment. 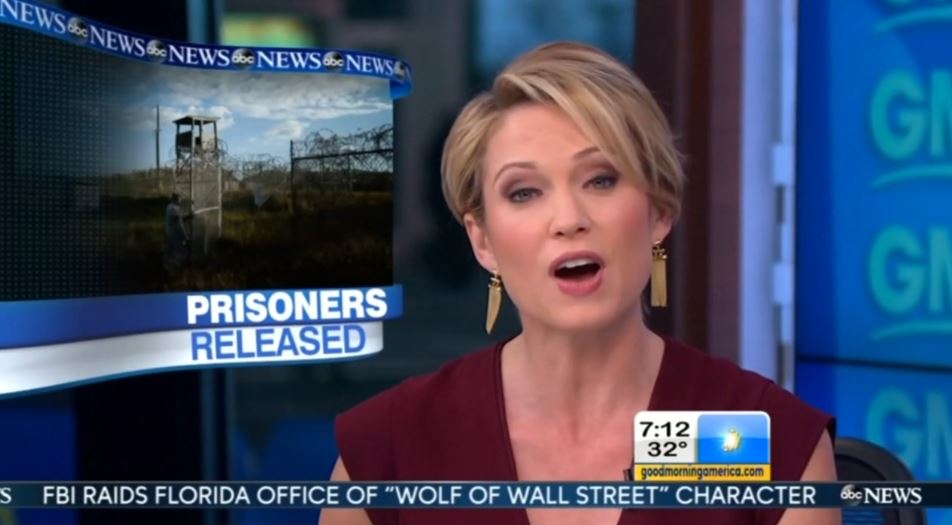 A transcript of the January 15 GMA brief, which aired at 7:12am ET, can be found below:

AMY ROBACH: Well, the U.S. has freed five more detainees from the prison at Guantanamo Bay. The men were accused of fighting for Al Qaeda. The release sparking protests in Congress. Many of the prisoners were transferred to Oman which shares a border with Yemen, a hotbed of al Qaeda activity.