Rosie O'Donnell is a "malcontent" and nobody on the cast and crew of The View likes her, according to the entertainment site TMZ. The report asserted, "Our sources say Rosie has been impossibly rude to members of the cast and crew, both on and off camera...The ratings are down and execs are blaming Rosie."

TMZ added, "The honchos have tried talking with Rosie but they say it's like talking to a wall. They doubt she will even finish the season and another season we're told is 'out of the question.'"

It's not hard to imagine why O'Donnell's second tenure on The View hasn't fared well. On October 7, 2014, she blamed the United States for ISIS, saying, "But don't you think the reason ISIS was created was because when Saudi hijackers attacked us, we invaded a different country that had nothing to do with it?" She added, "That would incite people to radicalize, right?" 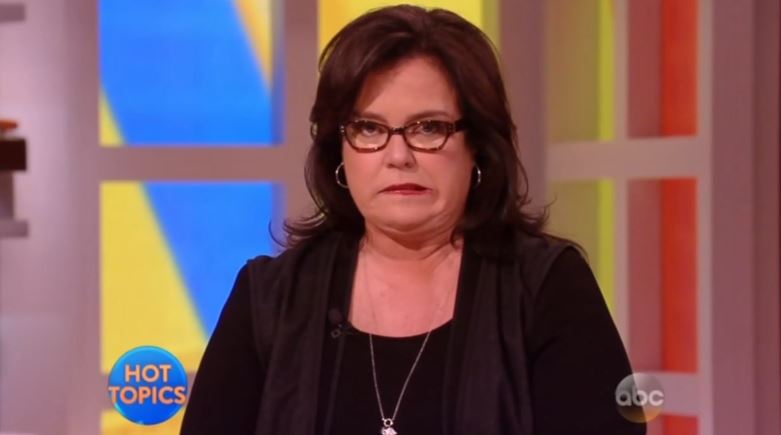 On October 23, 2014, she used a Canadian terror attack to push for gun control in America.

On September 30, 2014, O'Donnell said that penalizing a Muslim football player is what "propels us to war."

On October 9, 2014, the comedian lectured her fellow co-hosts and viewers that Jimmy Carter is "my favorite president ever."

This was ABC's strategy to bring in viewers?