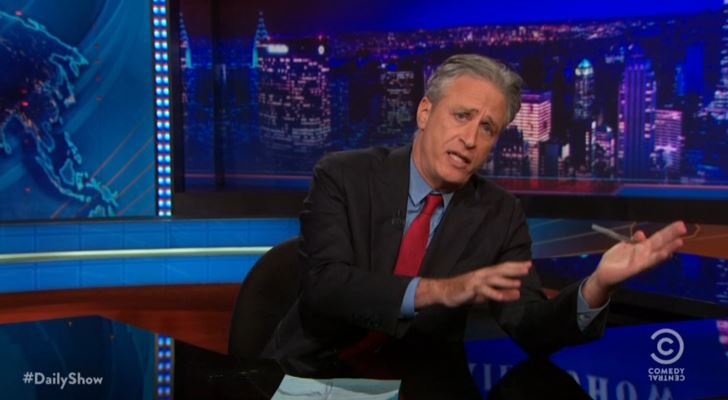 He added, "One source explained that NBC was prepared to offer Stewart virtually 'anything' to bring him over." The Comedy Central host in July fawned over a potential Hillary Clinton 2016 run. Talking to the Democrat on The Daily Show, he slobbered, "Do you like commuting to work or do you like a home office?....Do you have favorite shape for that home office? Do you like that office?...Do you prefer to sit in traffic or cause it?" This is the man NBC wanted to anchor Meet the Press during the next presidential election?

In July, an angry Stewart mocked the Supreme Court for its 5-4 conservative ruling in the Hobby Lobby case.

They were ready to back the Brinks truck up," the source said. A spokesperson for NBC declined to comment. James Dixon, Stewart's agent, did not respond to multiple requests for comment.

It makes sense that NBC would make a run at Stewart. The comedian-cum-media-critic possesses something that broadcast executives covet: a loyal, young audience.

Considering the state of MSNBC, it's probably not surprise that NBC has a flexible definition of journalism.

For his part, actual Meet the Press anchor Chuck Todd seems to have a sense of humor about the whole thing. He tweeted on Wednesday, "If it's Sunday, it's your moment of zen."