Polls and prognosticators suggest a Republican takeover of the Senate in the 2014 midterm elections. Yet, the networks continue to offer scant coverage of the various races. The CBS Evening News on Sunday managed to briefly look at the Senate elections in Kansas and Colorado. Regarding incumbent Pat Roberts, Nancy Cordes warned, "He's being dragged down by a very conservative governor who even some Republicans feel has pulled the state too far to the right." [See MP3 audio here.]

The Kansas governor in question is Sam Brownback, currently within 2.8 points of his Democratic opponent. Looking at Senator Mark Udall, Cordes parroted, "He made the case to me that he has stood up to the President on all kinds of issues." In reality, Udall has a lifetime American Conservative Union score of eight, hardly indicative of someone who "stands up to the President."

Cordes managed to note that Republican challenger Cory Gardner is "working to tie Udall to the President as much as possible of course."

Ernst, perhaps more than any other statewide candidate in 2014, comes from the Akin-Angle-Mourdock-O’Donnell wing of the Republican Party, representing an often-bizarre combination of discredited conspiracy theories and fringe policy ideas.

The difference is, the voting mainstream was viscerally uncomfortable with Akin, Angle, Mourdock, and O’Donnell, all of whom lost. Ernst, meanwhile, appears shockingly well positioned to actually win a seat in the United State Senate. 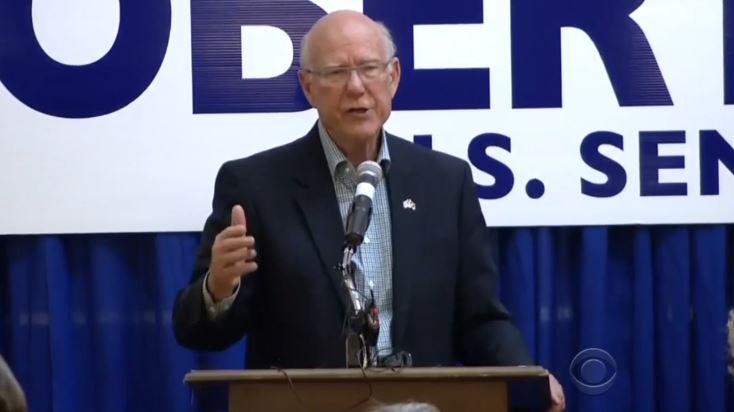 Regarding a debate between Ernst and Democrat Bruce Braley, Benen assailed, "It ultimately comes down to whether or not it matters when candidates for statewide office have no idea what they’re talking about."

Liberal atttacks on MSNBC often migrate to the networks. Don't be surprised if these talking points start appearing on ABC, NBC or CBS.

To see how journalists are yawning at Democratic gaffes and touting GOP problems, go here.

A transcript of the September 28 CBS Evening News segment is below: 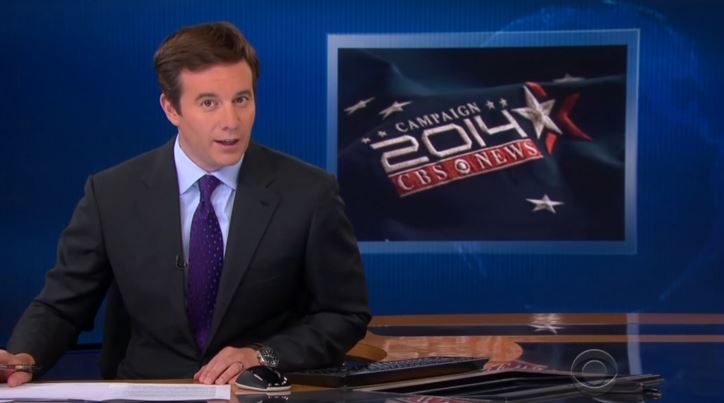 JEFF GLOR: The midterm elections are just five weeks from this Tuesday and Republicans believe they can pick up the six seats they need to control the Senate. Congressional correspondent Nancy Cordes is on the campaign trail covering these key contests. She joins us tonight from Denver. Nancy, can Democrats hold the Senate if they lose Colorado?

NANCY CORDES : Well, mathematically, Jeff, it is possible. But if the Democratic senator here Mark Udall can't eke out a victory in a battleground state like this one, it's unlikely that his fellow Democratic incumbents in states like Arkansas and Alaska, that are redder states, are going to fare very well. Udall's biggest problem is that the President's popularity has plummeted here, and that's dragging Udall down too. So he made the case to me that he has stood up to the President on all kinds of issues, while his opponent, Cory Gardner, is working to tie Udall to the President as much as possible of course.

GLOR: Nancy also visited one of the few states where Republican Senate candidate is in trouble and that's in Kansas, one of the reddest states in the country, what is happening in Kansas?

CORDES: Well, Pat Roberts who's a three-term Republican senator is, kind, of facing Mark Udall's problem in reverse. He's being dragged down by a very conservative governor who even some Republicans feel has pulled the state too far to the right. And so that has created an opening for an independent candidate. His name is Greg Orman, he's a businessman. He is tied with Roberts now in some polls and this has national Republicans very worried, because if they lose that seat, Jeff, it gets much harder for them to retake the Senate.