Nicolle Wallace, The View's new "conservative" co-host, on Monday trashed Sarah Palin and defended Hillary Clinton against alleged sexism. Wallace, who worked for Palin in 2008, has previously attacked her ex-boss. Asked to talk about an alleged brawl that broke out at a Palin family party, the former political operative mocked, "I have political staffer version of PTSD. So, whenever I hear she's breaking her silence... my heart stops."

Wallace offered the Republican no benefit of the doubt. She blamed, "It's been reported, though [Palin] has denied it, that she screamed out [during the fight] 'Do you know who I am.'" Wallace assumed, "Which I think they did."

The liberal Rosie O'Donnell applauded, "Said so diplomatically. I can tell you were in politics for years. That was perfect." So much for liberal/conservative conflict on The View. 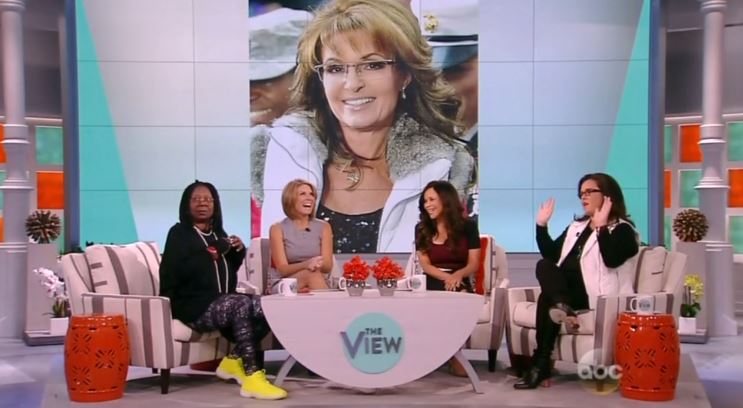 In contrast, when discussing Hillary Clinton and sexism for a possible 2016 run, Wallace defended the Democrat:

NICOLLE WALLACE: She dealt with this in 2008. I mean, a lot of Republicans stood on the sidelines of the 2008 primary, just among Democrats and were flabbergasted at the overt sexism that she faced from the media, from other Democrats, from her opponent, then, Senator Obama.

A NewsBusters compilation of Wallace's comments over the years finds that she's anything but conservative.

A partial transcript of the September 22 View segment is below:

WHOOPI GOLDBERG: Speaking of crazy politicians, I didn't mean it like that but that's how it came out, Sarah Palin has broken her --

ROSIE PEREZ: That was smooth. That was nice.

WALLACE: Was that an accident? 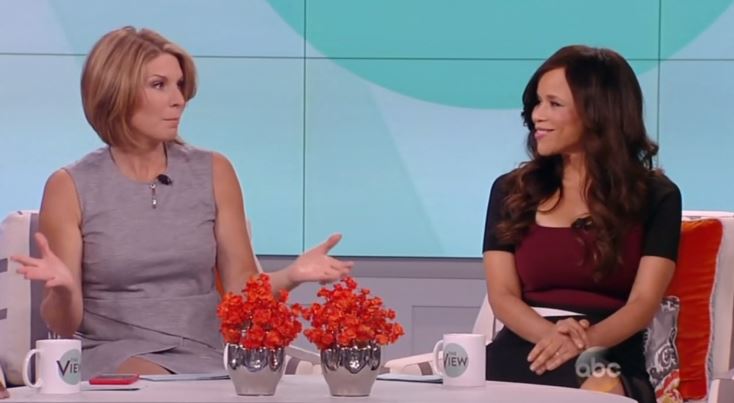 GOLDBERG: It was a boo boo.  Anyway, Sarah Palin has broken her silence about her family's recent brawl at a party supporting her children in a gushing Facebook post that reads: "I have to say, this is a proud mama right there with her -- their work ethic and heart for those less fortunate. My kids' defense of family makes my heart soar. So, Nicolle?

WALLACE: Well, I worked for Sarah Palin. I have political staffer version of PTSD. So, whenever I hear she's breaking her silence, I sort of – my heart stops.

GOLDBERG: Right. So, what was this? This was a brawl of some sort?

WALLACE: Yeah. I mean, sometimes with the Palins it's exactly what it looks like, right?

WALLACE: No, but I mean, this was – this was passion.

O'DONNELL: Did the daughter punch someone?

WALLACE: This was a family night out, it would appear. And one of the kids, one of the sons got into a fight and the family rushed to their defense, which is admirable, I think, up to the point when, you know, everyone is punching other kids in the face. It's been reported, though she has denied it, that she screamed out "do you know who I am." Which I think they did and I think there in laid part of the problem for them, right? Maybe.

O'DONNELL: Said so diplomatically. I can tell you were in politics for years. That was perfect.

GOLDBERG: It's crazy. So they got into a fist fight?

WALLACE: Yeah. And I have seen a few of these passed Palin encounters. And they do stick together in a way that I think we all hope that our families would for us.