A government report claiming that there was no conclusive proof that long wait times led to deaths at Veterans Affairs hospitals was altered. Yet, for the second day in a row, NBC ignored this story. ABC's Good Morning America on Thursday allowed a scant 21 seconds, despite news reader Amy Robach calling hyping the "stunning admission." [MP3 audio here.]

Robach quickly explained, "For the first time, a senior Veterans Affairs official has acknowledged that lengthy V.A. hospital delays did contribute to the deaths of veterans." She reminded that "just last month" the "department released a report claiming the 40 deaths in question could not be directly linked to delays." Robach added, "Critics calling that report a cover up."

That 21 second news brief is the sum total of ABC's coverage on Wednesday and Thursday morning. However, NBC still hasn't touched the new information. Back in August, when a report, which seemed like good news for the administration, was released, NBC did cover it. On the August 26, Today's Willie Geist promoted:

WILLIE GEIST: The Veterans Affairs Department says investigators have found no proof that delays in care caused any deaths at a VA hospital in Phoenix. The agency was rocked last spring by revelations that as many as forty veterans died while awaiting care, bringing to light scheduling problems and allegations of misconduct at other hospitals as well. It led to the ouster of the previous secretary of Veterans Affairs, General Eric Shinseki.

CBS offered a full report for the new details on Wednesday, but nothing on Thursday. Reporter Wyatt Andrews divulged:

WYATT ANDREWS: Good morning. Later today Congress will investigate the investigators, asking why the inspector general found no link between the secret wait list the V.A. kept in Phoenix and the deaths of up to 40 veterans. We spoke to a top level V.A. whistleblower who told us that conclusion was a last-minute change made under pressure. 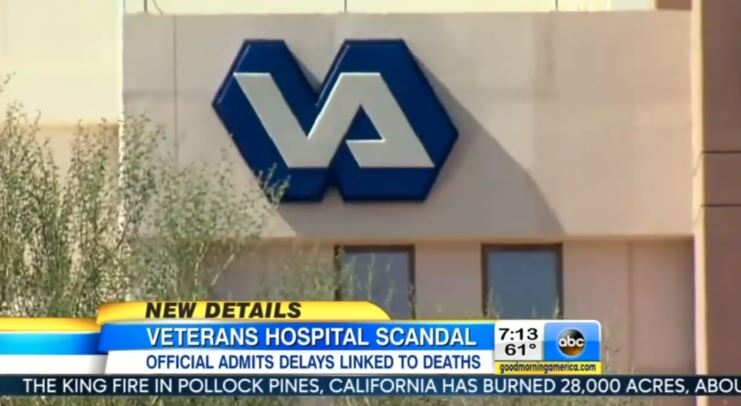 However, there was no follow-up on the CBS Evening News or CBS This Morning on Thursday. CBSNews.com explained:

Our source, who works at VA headquarters and who spoke exclusively to CBS News, said officials inside the agency asked for a revision of the first draft. That's standard practice, but in this case the source said it amounted to pressure on Inspector General Richard Griffin to add a line to water down the report.

Veterans hospital scandal: More may have died from care delays, report shows
"The organization was worried that the report was going to damn the organization," the whistle-blower said. "And therefore it was important for them to introduce language that softened that blow."

A transcript of the September 18 Good Morning America segment, which aired at 7:13am ET, follows: 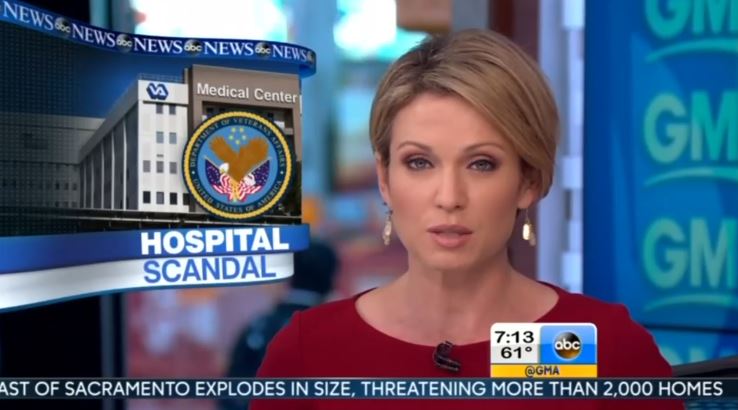 AMY ROBACH: Well, a stunning admission in the veterans hospital scandal. For the first time, a senior Veterans Affairs official has acknowledged that lengthy V.A. hospital delays did contribute to the deaths of veterans. Just last month, you may remember, the department released a report claiming the 40 deaths in question could not be directly linked to delays. Critics calling that report a cover up.